With Father's Day just around the corner, we thought this would be a good time to remind you about the recent release of this amazing Frank Sinatra 5-Film Blu-ray Collection. 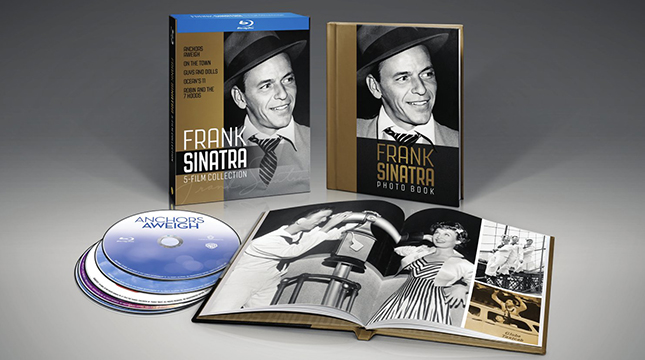 Featuring five of his most famous films (Ocean's 11, Anchors Aweigh, Robin and the 7 Hoods, Guys and Dolls and On the Town), this Blu-ray tribute to Ol' Blue Eyes brings the master crooner and man's man into the high-definition world with brilliant transfers just in time for what would have been his 100th Birthday in December. All five films are now available individually on Blu-ray, but this lavish collection also includes a 32-page hardbound book illustrating Sinatra's formidable film career.

And to make sure you can communicate with your dad with some Rat Pack'ing lingo, have some fun with these cool slider-translators: