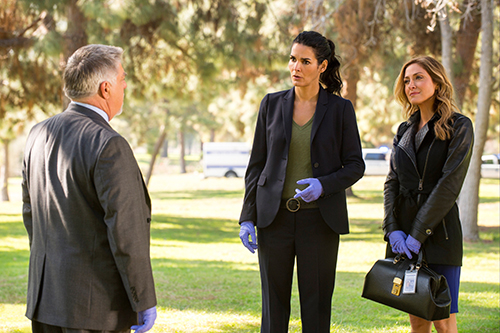 Having finished last summer as basic cable’s #1 series, Rizzoli & Isles (produced by Warner Horizon Television and Bill Haber’s Ostar Productions) will be airing for another season, the show’s sixth, which is slated to launch later this summer.

Angie Harmon stars as Boston Police Detective Jane Rizzoli with Sasha Alexander as medical examiner Maura Isles. From two completely different backgrounds, the offbeat chemistry between the two women has grown from a unique working relationship to an authentic friendship that has captured the hearts and minds of millions of fans with its appealing blend of crime series procedural, intense drama and snappy comedic dialogue.

Rizzoli & Isles returns with the final six episodes of the current season this February 17 on TNT.