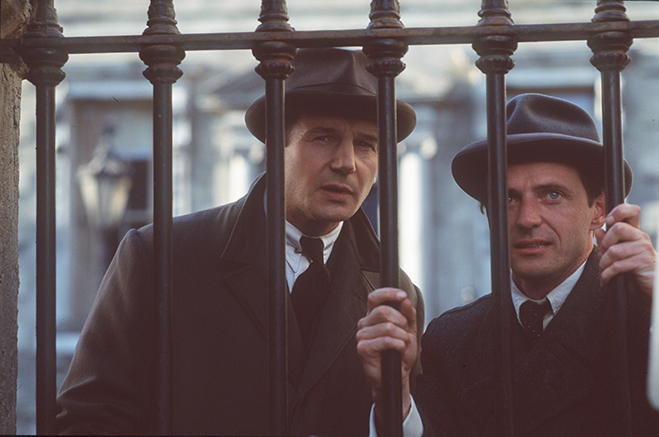 In 1996 Liam Neeson starred in the historical biopic Michael Collins, alongside Aidan Quinn (seen above). He played the title role of the Irish revolutionary patriot who desperately sought peace and helped aid Ireland's break from England.

Neeson also stars in the mobster action film Run All Night, opening in theaters March 13. As Jimmy Conlon, Neeson brings a sensitive portrayal to a life-long mobster who has chosen a life of loyalty to his mob boss over caring for his own family. As he grows older and has become estranged from his son, Jimmy regrets his decisions and has one night to make it right and will protect his family at all costs.