While not an official holiday in the U.S., every March 17 revelers of all backgrounds and persuasions celebrate the Irish culture and heritage on St. Patrick's Day, whether in bars or church. The more religious among us honor the arrival of Christianity to Ireland as well as the death of that country's patron saint, Saint Patrick, while others playfully wear green and tip bottomless glasses in celebration. For us at WB.com, we thought we'd pull together a dozen films that have varying degrees of Irish in them, from political dramas and romance to the whimsy of comedy and folklore. In no particular order, here are a few suggestions for your March 17 viewing, courtesy of the Warner Bros. Film Library: 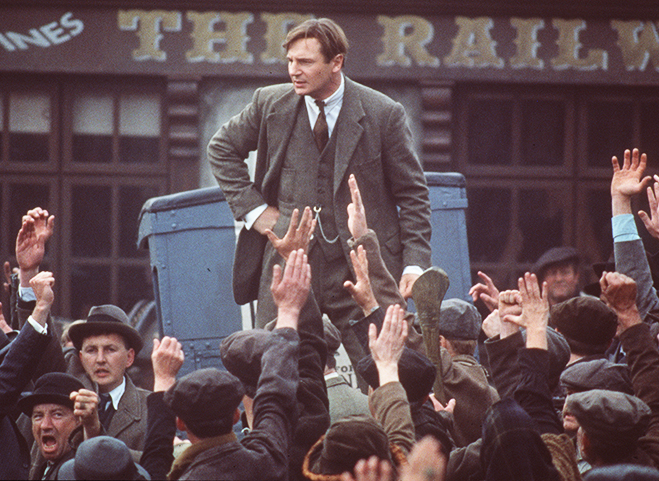 Liam Neeson was nominated for a Golden Globe for his powerful performance of the early 20th Century Irish revolutionary leader, Michael Collins, in the 1996 film of the same name. 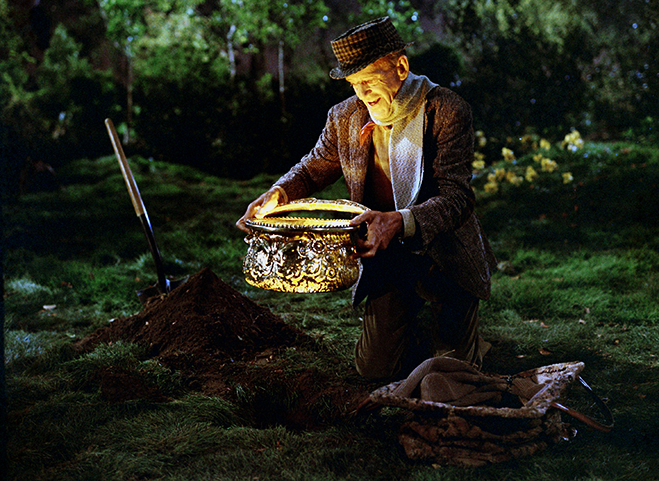 And what would an Irish celebration be without a wee bit of gold? Directed by screen icon Francis Ford Coppola, this 1968 fantasy musical stars Fred Astaire as an Irishman who steals the proverbial pot of gold from a leprechaun and moves to a small town in order to bury it and grow more gold. 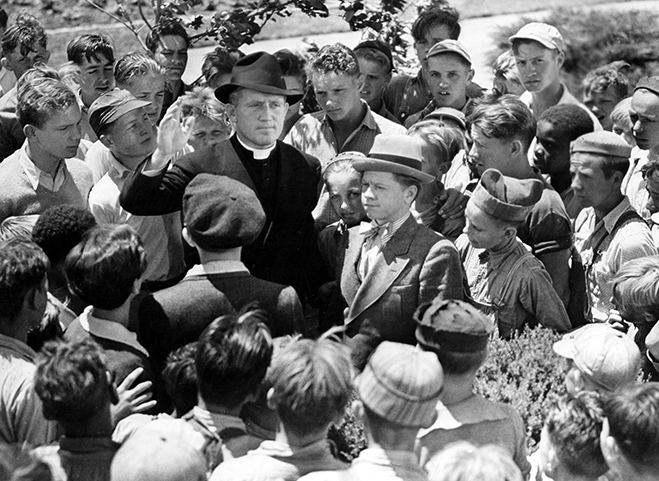 Spencer Tracy won the Academy Award for his inspiring 1938 portrayal of the Irish-born Father Edward Flanagan, who created the Boys Town orphanage in Nebraska in 1921. 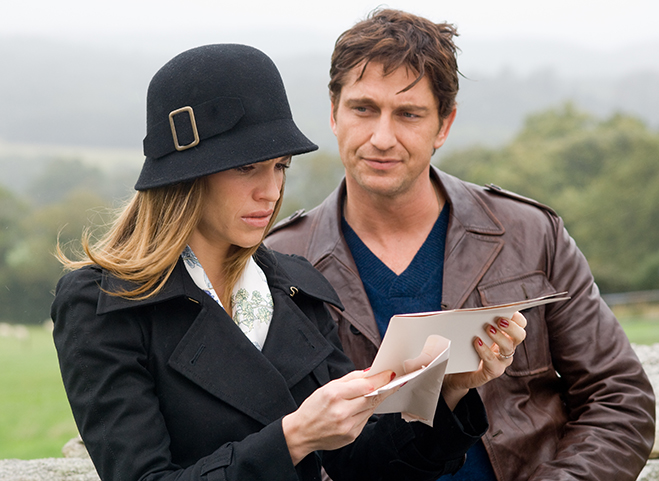 Hilary Swank is a grieving widow who, through a series of posthumous letters from her husband (Gerard Butler), visits his hometown in Ireland in order to move past the heartache and learn to live again. 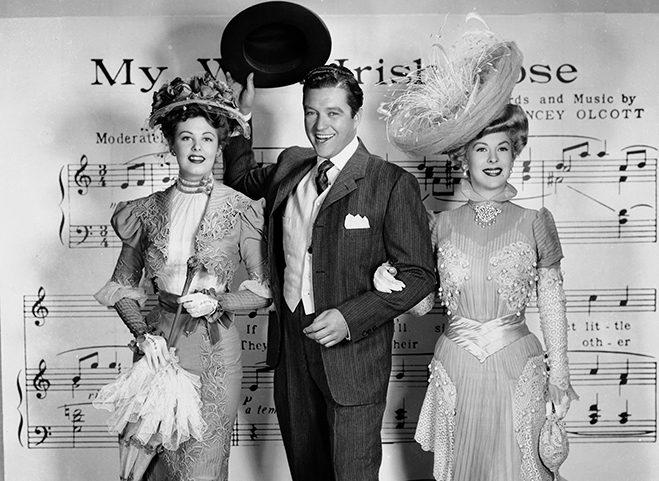 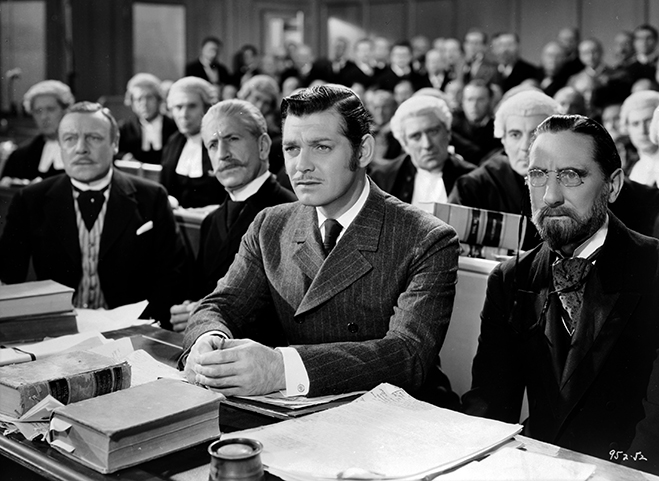 Screen legend Clark Gable played Irish nationalist Charles Stewart Parnell in 1937's underrated Parnell. This 1880s-era tale follows his relationship with a woman married to a political rival, and the resultant scandal that upends his career.

Helen Mirren stars as Kathleen Quigley who has managed to stay out of the conflict in Northern Ireland until she is caught up in an inescapable political crossfire when her son, actively involved with the IRA, is jailed by the British.

The Irish in Us 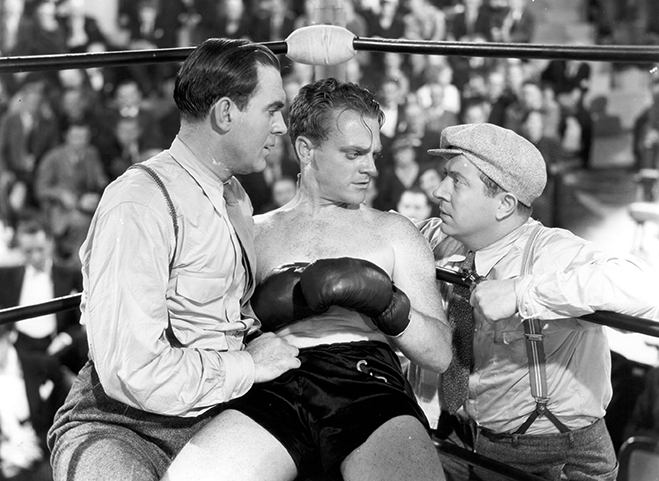 Meet the Brothers O'Hara (aka Pat O'Brien, James Cagney and Frank McHugh), all Irish and all living under the same roof in 1935's The Irish in Us, a comedy of sibling rivalry, especially when it comes to seeking the attention of Olivia de Havilland.

"It's a great day for the Irish," sings Judy Garland in this whimsical bit o' blarney from 1940, in which Garland plays dual roles: plucky Irish immigrant Nellie (Judy’s first grownup part) and her daughter, Little Nellie. 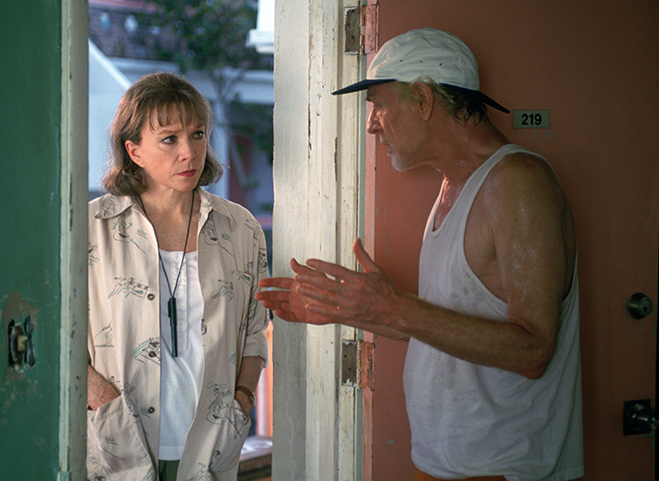 If you like your Irishmen with a dash of salt, then you'll love Richard Harris (pictured with Shirley MacLaine) in this criminally overlooked 1993 film. An original dramedy about the unlikely relationship between a retired Cuban barber (Robert Duvall) and Harris's salty Irish ex-sea captain, and the women who find themselves in their orbit (including MacLaine and Sandra Bullock). 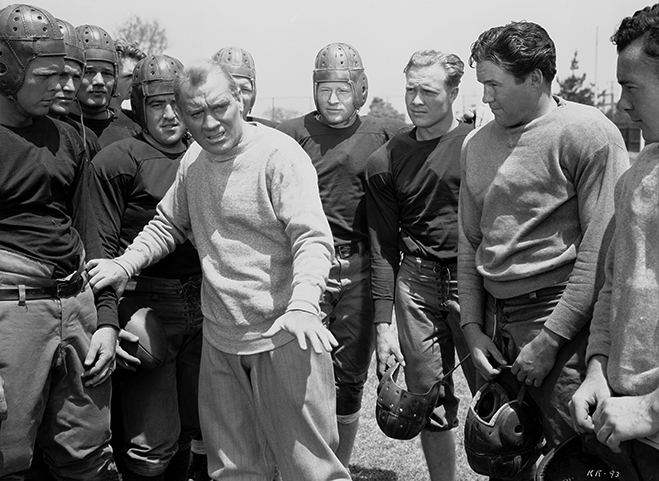 In America, there's nothing quite as Irish as Notre Dame football, and the man who turned the Fighting Irish into a gridiron powerhouse was none other than legendary coach Knute Rockne, who was portrayed by Pat O'Brien in this 1940 sports classic. And don't forget to catch future president Ronald Reagan in his memorable role as the ill-fated star George "The Gipper" Gipp.

The ever graceful William Powell starred as a British officer in this 1934 drama that takes place in volatile 1920 Dublin. Will Powell sacrifice his freedom for the woman he loves and her husband?