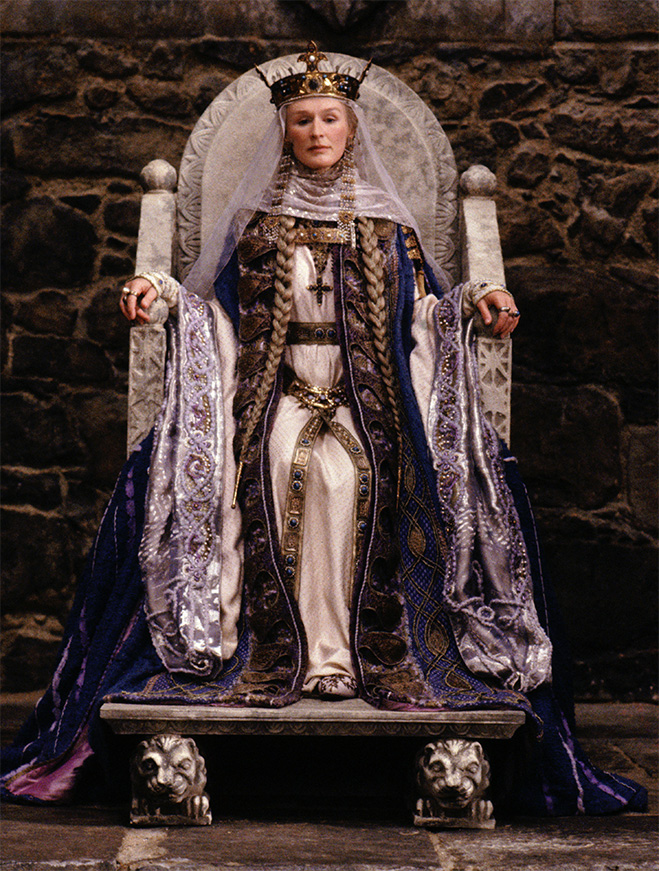 Happy #TBT and Happy Birthday to Glenn Close who was born March 19, 1947. Close is of course a revered star of stage and screen (both the silver and television varities), having won three Emmys, three Tonys and has been nominated for six Academy Awards. She often plays powerful women, such as Gertrude, the Queen of Denmark, (above) in the 1990 adaption of Hamlet. She has also portrayed the First Lady in the sci-fi comedy Mars Attacks! and the scheming Marquise Isabelle de Marteuil in Dangerous Liaisons, among many others. Her first on-screen role was starring with the late Robin Williams in 1982's The World According to Garp.