Let’s face it, as March Madness enters the "Sweet 16" today most of our brackets at this point have just enough winning picks to trick the more optimistic among us into thinking that we’ve got a hope in hell at the end of it all. For the majority of the estimated 40 million fans who filled out their brackets this year, this is about the time most of us might be in need of some other kind of hardwood entertainment and we’ve got just the thing. After all, when you think of basketball you automatically think of… Will Ferrell?

But just when you get to thinking that’s a stretch, remember that the star of this week's new comedy, Get Hard, did don a 1970s-era uni for the hoops-driven comedy, Semi-Pro, back in 2008.

As the obnoxious one-hit recording artist Jackie Moon who realizes his dream of owning a professional basketball franchise—even if it is in the wild-and-crazy ABA, the NBA’s rival until a merger brought them together in 1976—Ferrell’s character evolves from owner to coach and power forward with plenty of laughs along the way. If nothing else, you gotta love the man's 'do and threads! 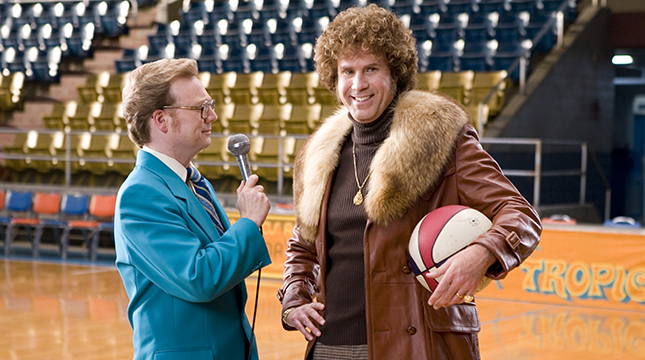