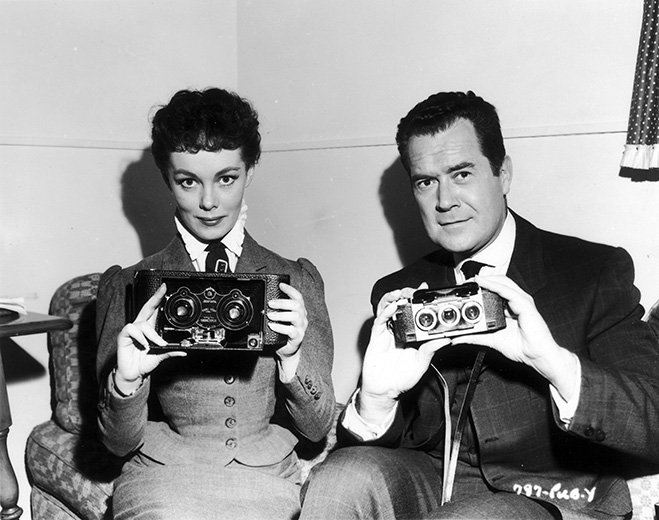 Warner Bros. has always been proud of its history of being an innovative studio that brings the world "firsts" in technology and entertainment. On April 10, 1953 WB premiered the first color 3D motion picture, House of Wax (it was released nationwide later that month). Here, the stars of the pic, Phyllis Kirk and Frank Lovejoy pose with 3D viewfinders that were placed on display in theater lobbies for patrons to preview scenes from the film (see below).

We have so many fantastic behind-the-scenes photos from this historic film that we're making today a Deluxe Throwback Thursday!