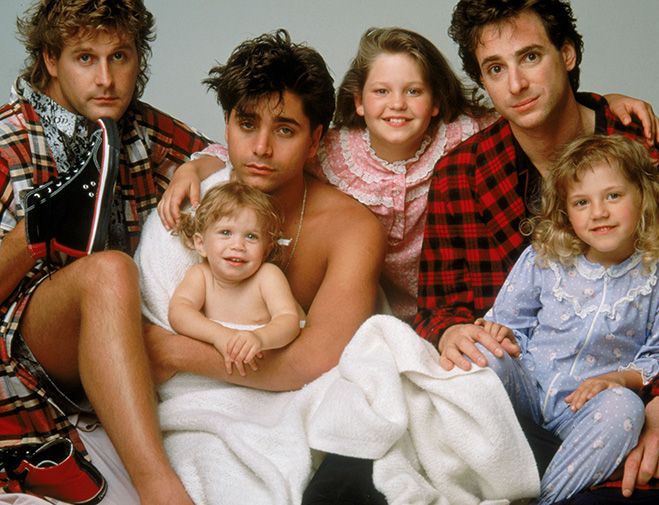 Do you remember where you were on September 22, 1987? Probably not, but today's #TBT pic may jog your memory. On that day the Tanner family—Danny, D.J., Stephanie, Michelle, Uncle Jesse and Joey—became our family. Yes, Full House premiered and for eight wholesome seasons we watched this untraditional blended family figure out their new normal. If you've been missing the Tanner clan since they went off the air in 1994 (save for a reunion special here and there), take heart! D.J. (Candace Cameron-Bure), Stephanie (Jodie Sweetin) and Kimmy Gibler (Andrea Barber) are back in Fuller House, coming to Netflix in 2016. And the rest of the fam? Uncle Jesse (John Stamos) will guest star and produce the series and discussions involving appearances by the rest of the former cast are underway.

Here's a little earworm to get you through the day.