Bruce Willis makes his Broadway debut and three-time Emmy Award winner/two-time Tony Award nominee Laurie Metcalf returns to the stage in the new suspense thriller Misery, based on the acclaimed Stephen King novel and the 1990 blockbuster film starring James Caan and Kathy Bates (who won the Oscar and the Golden Globe for her performance). Metcalf replaces Elizabeth Marvel who had to pull out of the production due to scheduling conflicts.

For those not familiar with the terrifying ankle-breaking story, Misery revolves around successful romance novelist Paul Sheldon (Bruce Willis) who is rescued from a car crash by his “Number One Fan,” Annie Wilkes (Laurie Metcalf), and wakes up captive in her secluded home. While Paul is convalescing, Annie reads the manuscript to his newest novel and becomes enraged when she discovers the author has killed off her favorite character, Misery Chastain. Annie forces Paul to write a new Misery novel, and he quickly realizes Annie has no intention of letting him go anywhere. The irate Annie has Paul writing as if his life depends on it, and if he does not make her deadline, it will. 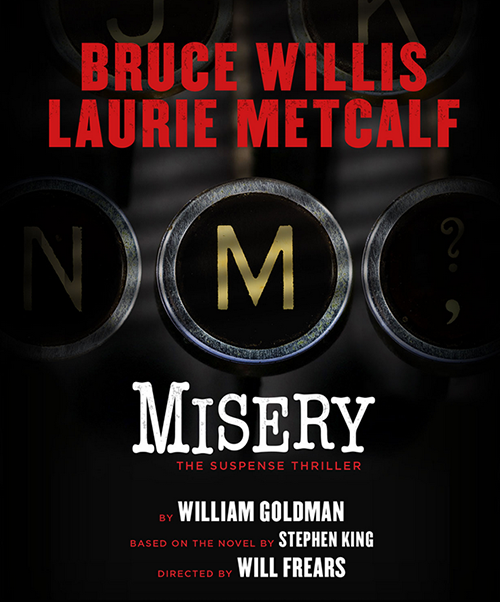