Summer music festival season is in full swing. We covered stay-at-home Coachella alternatives way back in April and now our ears are ringing with the sounds of saxophones, trumpets, bluesy vocals and big band swing as jazz festivals across the country kick-off multi-day lineups for seasoned fans and newbies alike. The venerable Newport Jazz Festival, which began in 1954, kicks off this year's round on July 31. New Orleans, a city forever entwined with the very culture of jazz, will be celebrating Satchmo Summer Fest from July 31–August 2, where one of the festivities will include a screening of the Louis Armstrong film High Society at Le Petit Théâtre du Vieux Carré, one of the oldest community theaters in the country. There's also the 58th Annual Monterey Jazz Festival coming up in September featuring all-stars such as Béla Fleck and Wynton Marsalis.

But if you'd rather stay in and watch a jazzy movie, we've pulled our top ten favorite jazz and big band flicks from the Warner Bros. Film Library for you to get hep to. 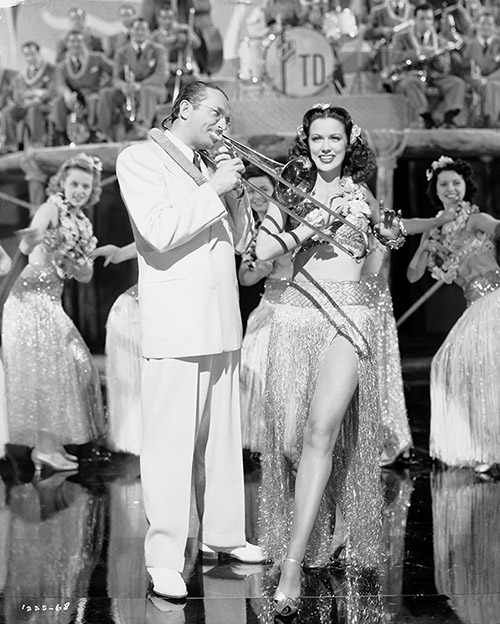 Ship Ahoy is set to a big band soundtrack featuring the legendary bandleader Tommy Dorsey himself! Here he struts his stuff on the trombone, next to Eleanor Powell as Tallulah Winters during the musical number "Hawaiian War Chant (Ta-Hu-Wa-Ha-Hai)." Can you say that three times fast?

And do we spy a young Frank Sinatra as Tommy's lead singer of The Pied Pipers? We sure do!

Best Foot Forward not only stars Lucille Ball (playing Lucille Ball!) but also features some fabulous dance floor scenes set to the orchestral stylings of Harry James and His Music Makers! Best Foot Forward also marks a young June Allyson's film debut as she recreates her stage role as Ethel. (Yes, the film features a Lucy and an Ethel!)

Jazz and big band drumming legend Gene Krupa appeared in Beat the Band with a show-stopping performance of "Shadow Rhapsody."

Singer Frances Langford probably should have stuck to her day job! The singer/actress who played Ann Rogers in the film, was also popular radio performer, particularly during the World War II era and often performed on U.S.O. tours through Europe with Bob Hope.

A tribute to the songwriting duo Richard Rodgers and Lorenz Hart, Words and Music featured an all-star cast including Vera Ellen and Gene Kelly (pictured here during the foot-stomping seven minute finale), Lena Horne, Mickey Rooney, Judy Garland, Perry Como and Janet Leigh. Among the hit songs performed are "I Married an Angel," "Blue Moon," "Thou Swell," I'll Take Manhattan," "Johnny One Note," "I Wish I Were in Love Again," "Where or When," and "The Lady Is a Tramp."

Young Man with a Horn is based on the true-life story of legendary, but troubled, jazz trumpeter Bix Beiderbecke, portrayed by Kirk Douglas (known as Rick Martin the in the film). For the movie, Douglas' trumpet playing was dubbed by Harry James. 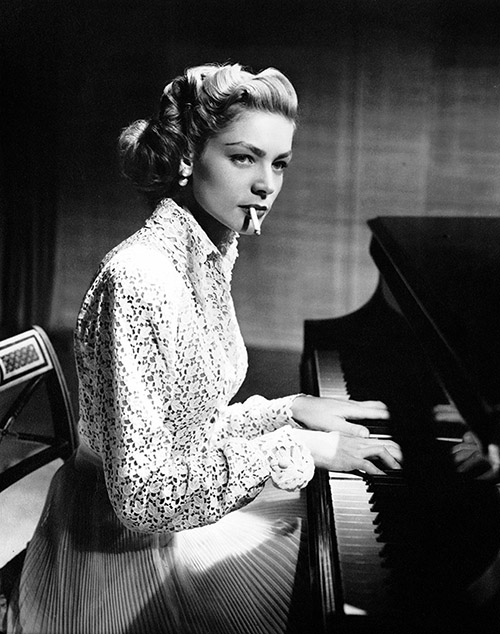 Along with Doris Day, the film also stars Lauren Bacall. 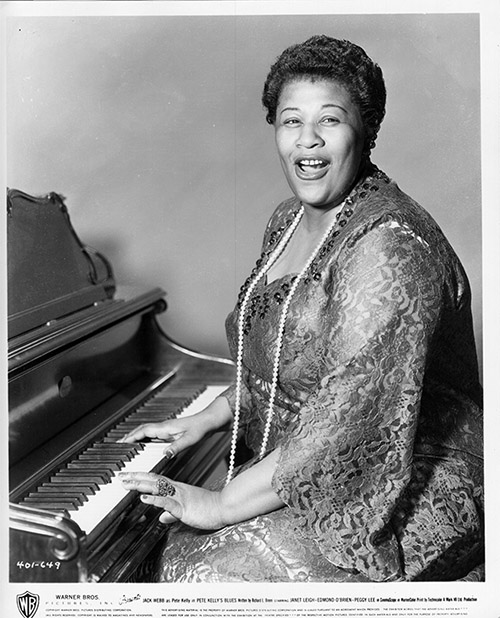 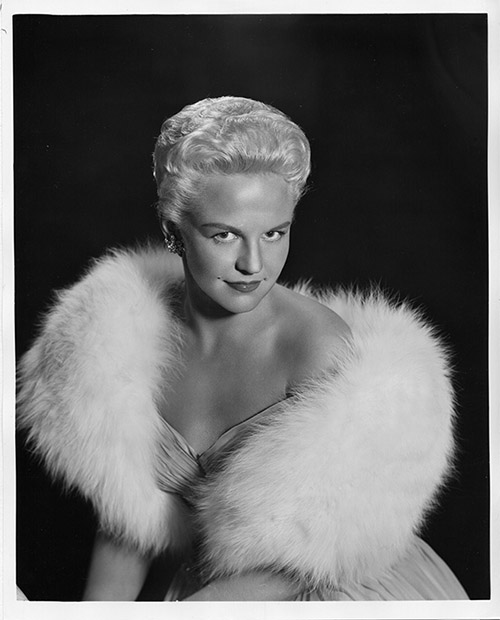 and Peggy Lee. The film is a fascinating tale of jazz and gangsters in prohibition-era Kansas City.

Doris Day shines as the "Sweetheart of Song" Ruth Etting in her nuanced and stirring performance of this jazz great in Love Me or Leave Me. 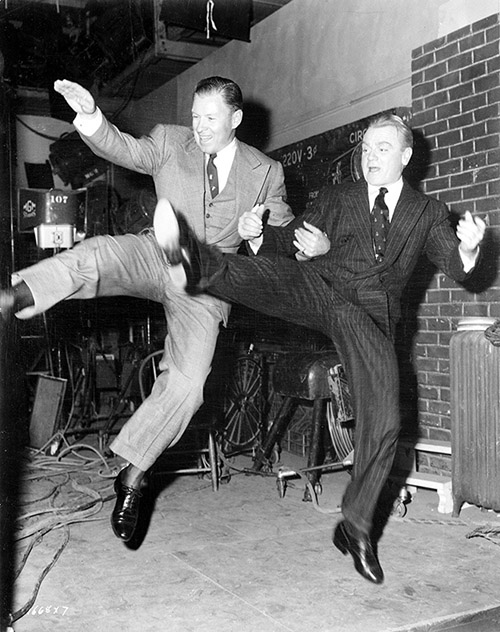 The aforementioned High Society is a jazz lover's dream. The film features heavyweight talent Frank Sinatra, Bing Crosby and Satchmo himself—Louis Armstrong, who performs "Now You Has Jazz" with Crosby.

Now there's something you don't see every day. Armstrong gives a private behind-the-scenes performance for cast and crew of High Society. Looking on are Grace Kelly and Bing Crosby.

Real-life jazz artist Dexter Gordon played the fictional Dale Turner, an expatriate musician in 1959 Paris, in this ode to jazz and its creators.

Herbie Hancock not only co-starred in the film but his much-lauded musical score also won an Academy Award.

Another Oscar-winning film, Bird, stars Forest Whitaker as Charlie 'Bird' Parker. This biographic film, produced and directed by Clint Eastwood, looks back over Parker's too-short life and his relationships with other jazz musicians including Dizzy Gillespie and Red Rodney.

Whether you're a big band baby or cool jazz cat, we hope you've found a few films to tickle your ivories!