Congratulations to writer/director George Miller and the entire cast and crew behind this year’s blockbuster Mad Max: Fury Road, which was named “Best Film of the Year” by the National Board of Review. 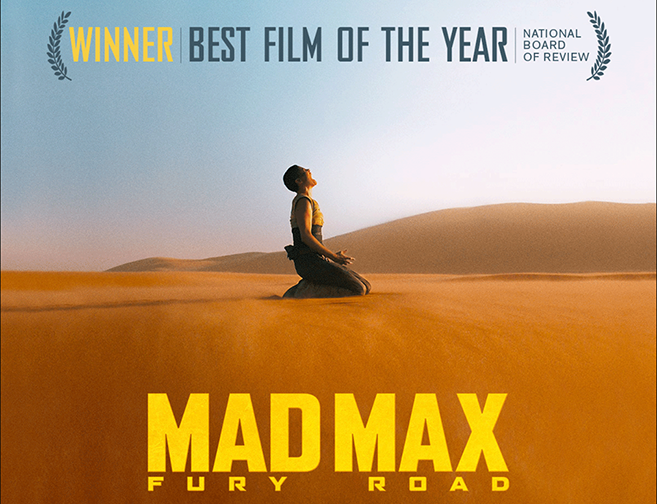 And our current hit Creed—released only a week before the awards announcement—also got noticed with Sylvester Stallone garnering the “Best Supporting Actor” award for his return to the iconic role of Rocky Balboa. Creed, itself, was also among only nine other films named as “Top Films” of the year.

NBR President Annie Schulhof said, “2015 has been a banner year for popular cinema. We are thrilled to be awarding George Miller and Ridley Scott [who was named “Best Director” for The Martian], two iconic filmmakers at the top of their game, while also celebrating the next generation of talent.”

For 106 years, the National Board of Review has dedicated its efforts to the support of domestic and foreign cinema as both art and entertainment. This year, over 250 films (studio, independent, foreign-language, animated, and documentary) were viewed by this select group of film enthusiasts, filmmakers, professionals, academics, and students. These screenings were frequently followed by in-depth discussions with directors, actors, producers, and screenwriters. Voting ballots were tabulated by the accounting firm of Lutz and Carr, LLP.

The National Board of Review honors diverse members of the film community at their annual Awards Gala, which also acts as a fundraiser for student grant philanthropy. Hosted by Willie Geist, this year’s gala will take place on January 5, 2016 at Cipriani 42nd Street in New York City.