We decided to have a little fun this week and dig through some of the stranger photos in our library. Most of these are in the form of old publicity photos (publicity for what, we're not always sure), that feature up-and-coming actresses of the day and seemingly whatever props the facilities department had on hand at the time. We give a lot of credit to anyone who can keep a smile on their face while posing with an armful of creepy dolls or keeping it classy next to a clown backdrop. Weird and wacky or cute and cuddly, these pictures will put a smile on your face. 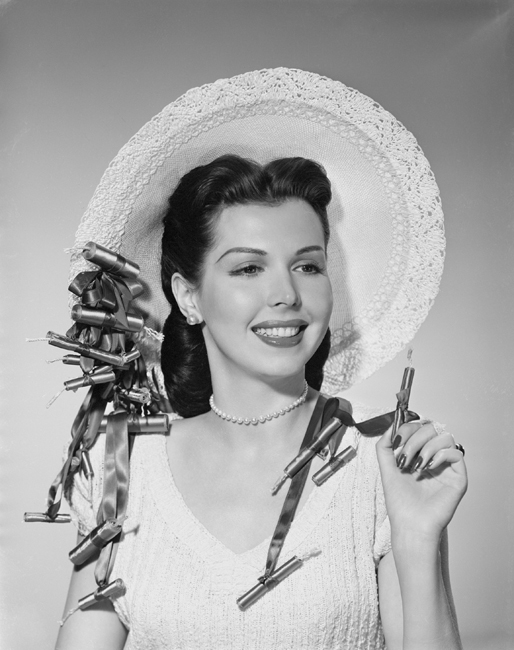 Ann Miller (Stage Door) was a good sport when she modeled the latest in firecracker chic in this publicity photo. 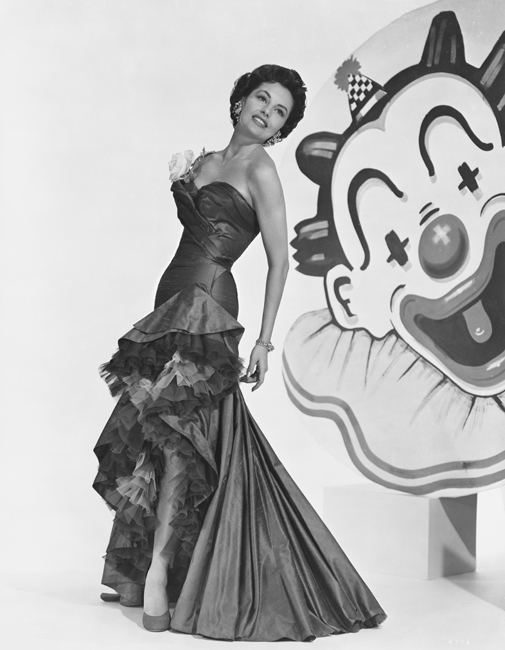 The gorgeous and talented Cyd Charisse could make just about anything look good but who thought of pairing her up with this clown? 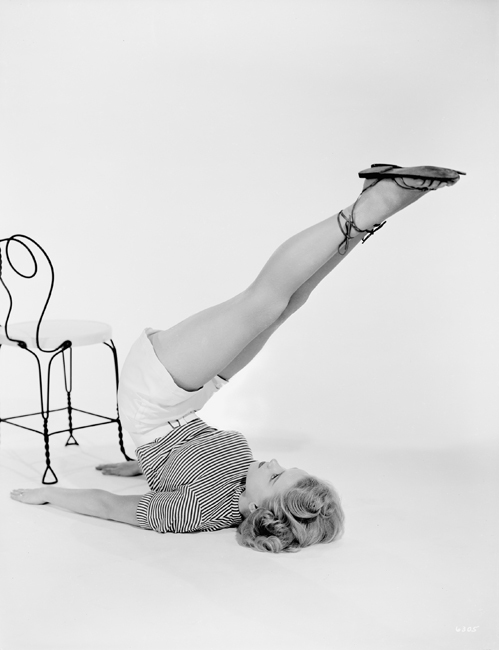 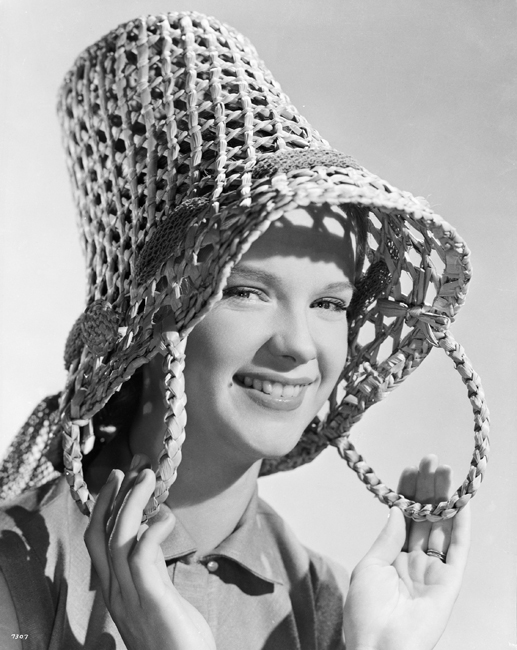 Based on this and the last photo of Anne Francis (Forbidden Planet), she seemed to be the life of the party! 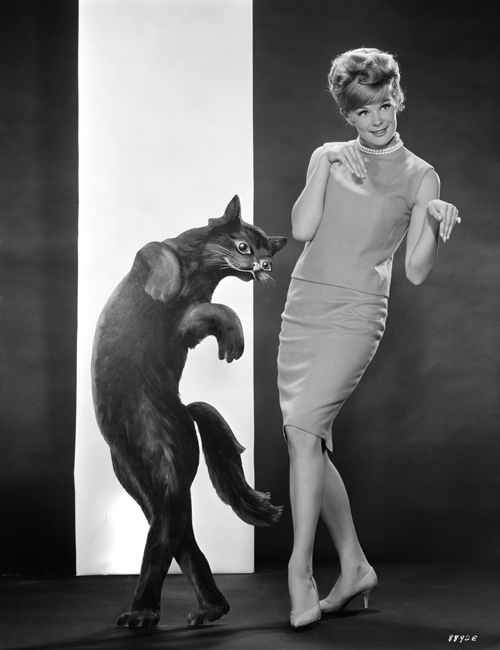 Monkey see, monkey do. Or in this case, kitty see, kitty do. Linda Evans (Avalanche Express) strikes a feline pose. 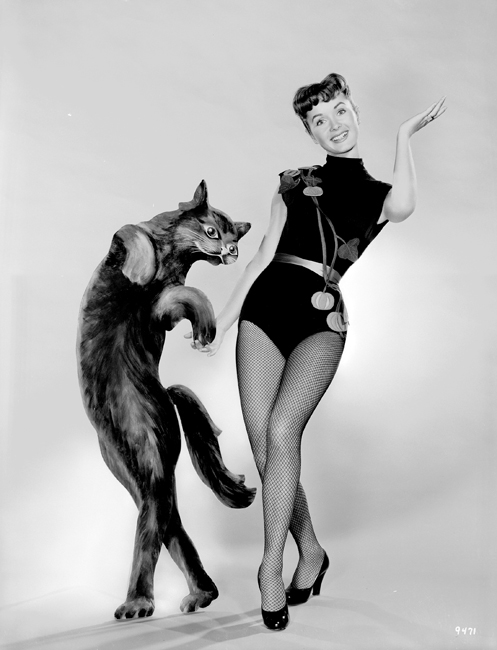 This cool cat got quite a bit of mileage. Debbie Reynolds (Singin' in the Rain) posed with the prop as well. 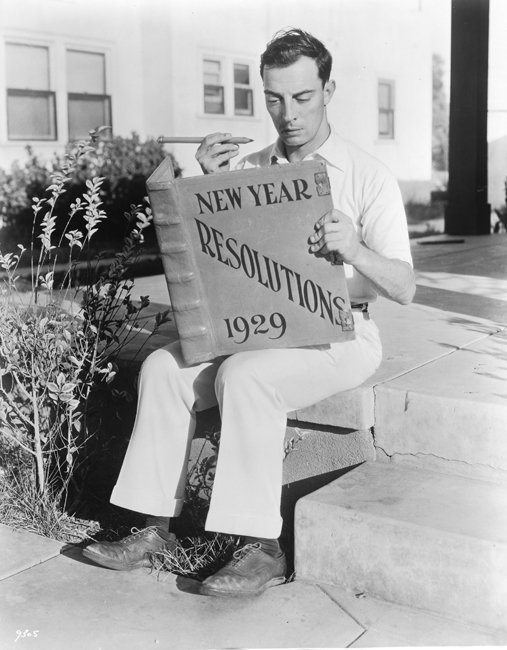 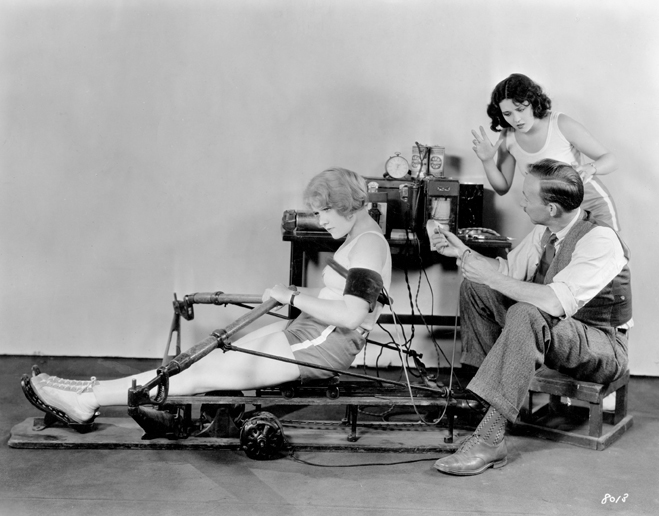 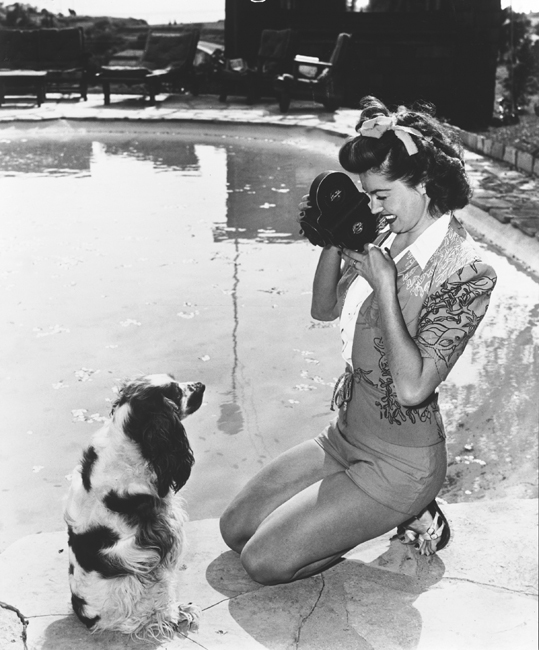 We can't help but think that Esther Williams (Bathing Beauty) would have had a super cute Instagram account. Here she is filming her dog at home in a 1945 publicity shot. 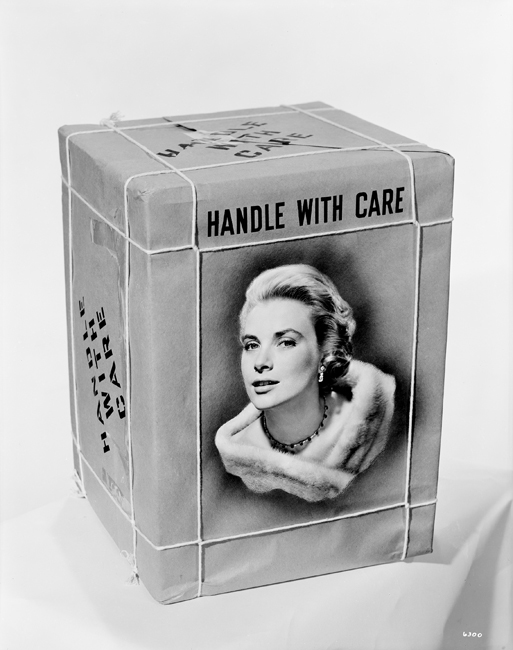 Precious cargo, indeed! Grace Kelly (High Society) appears on the side of a large package. Maybe somebody won a major award? 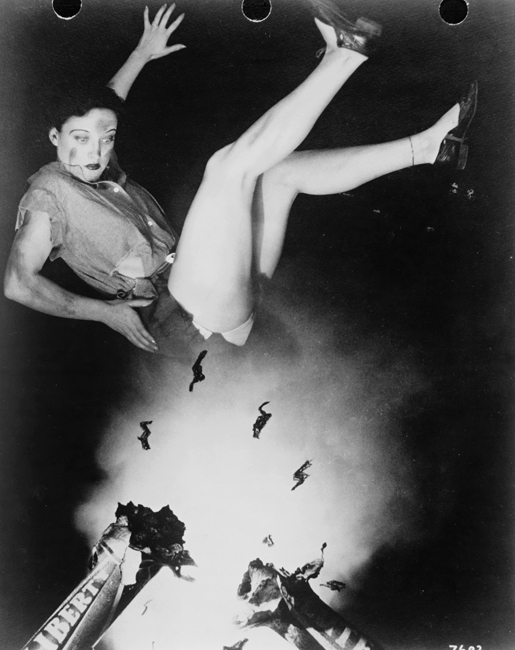 Ouch! Joan Crawford (Grand Hotel) shoots out of a firework in this 1928 publicity photo. 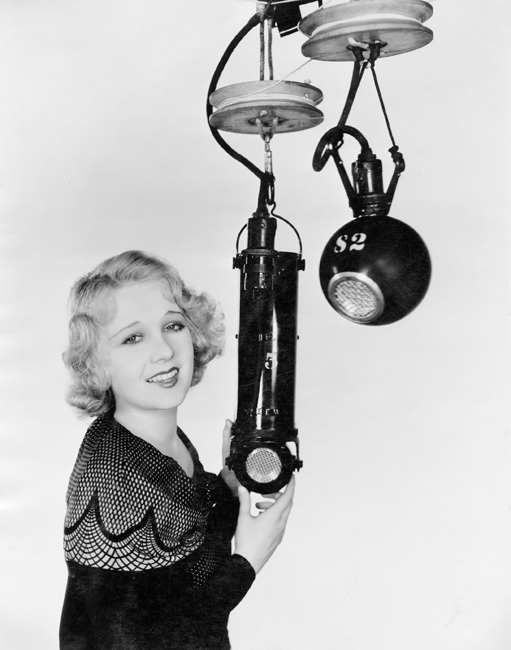 Silent film star Anita Page (The Broadway Melody of 1929) shows off the latest and greatest in sound recording in 1930: microphones on pulleys. 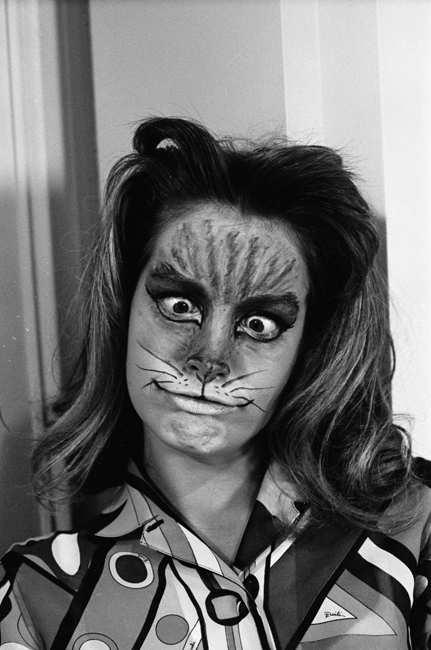 Catherine Spaak goofs around in this behind-the-scenes shot from Hotel (1967). 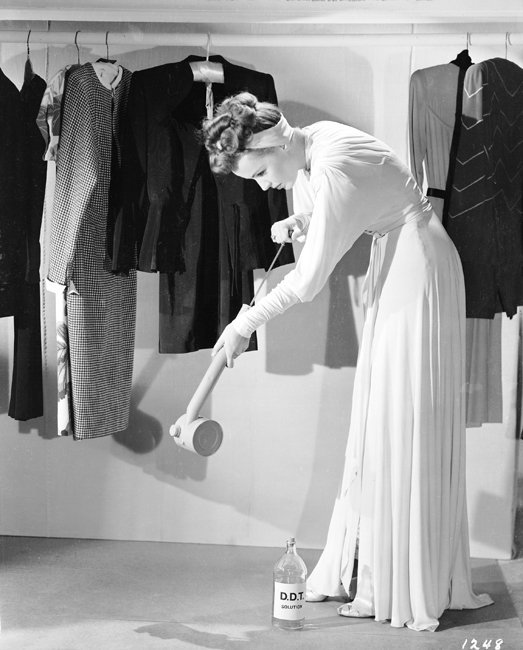 In this true head-scratcher of a photo, Frances Gifford (Our Vines Have Tender Grapes) sprays down her dressing room with DDT! 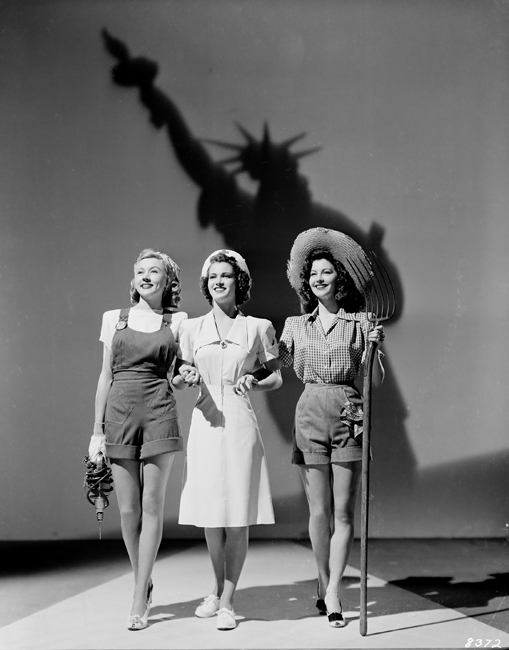 The Statue of Liberty has never seemed so...menacing. Oscar winner Gloria Grahame (The Bad and the Beautiful) (on left) poses with friends for this patriotic publicity photo. 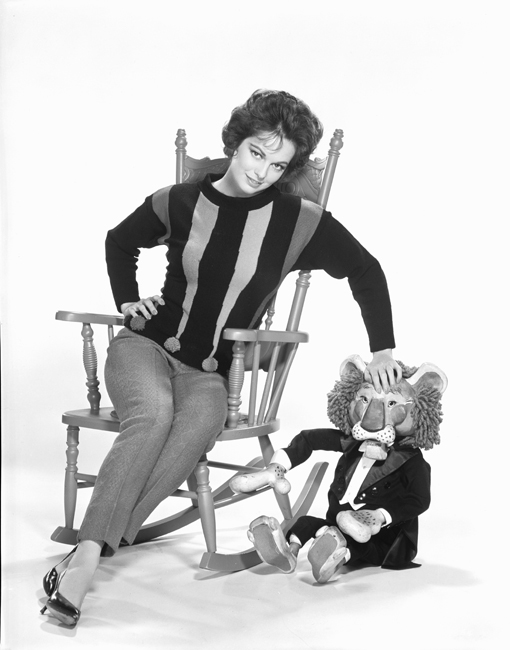 We're sure Joyce Taylor (Atlantis, The Lost Continent) was thrilled when given this tuxedoed lion to pose with at her photshoot. 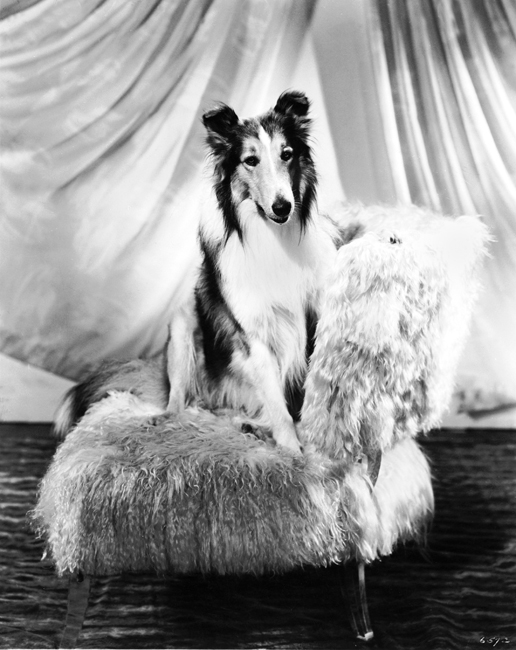 Awwww, Lassie (Courage of Lassie) gets the star treatment! 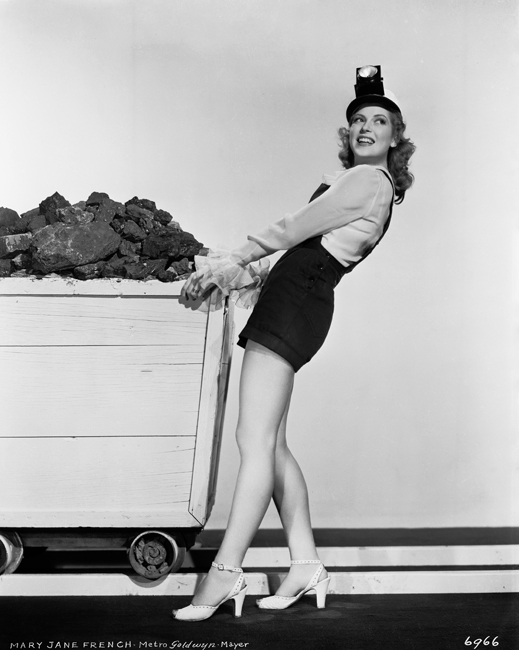 Oh those glamorous coal mines! Mary Jane French (An American in Paris) keeps it cute with ruffles and heels. 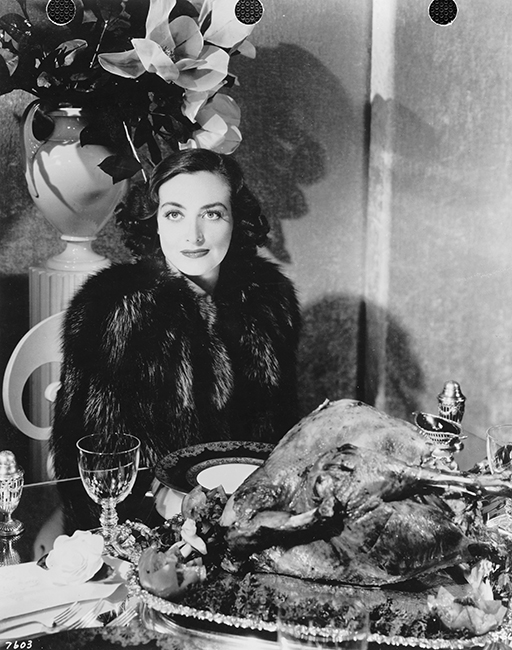 One is the loneliest number...Joan Crawford (Mildred Pierce) sits for a rather grim publicity shot in 1935. 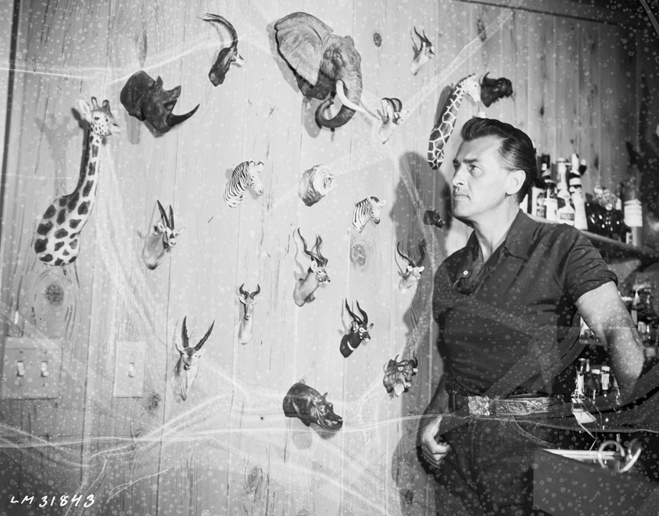 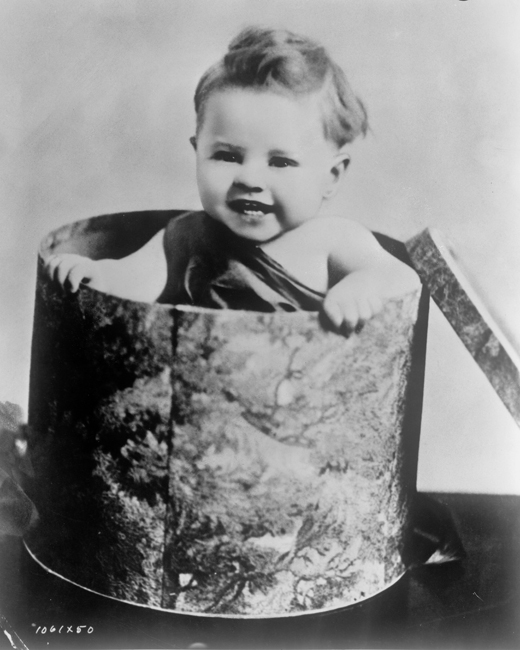 Recognize this cherubic little face? It's 11-month-old Mickey Rooney (Boys Town) in a hat box when he played Baby New Year at the Palace Theatre in New York City. Just goes to show that babies in baskets, boxes, etc. are always a hit! 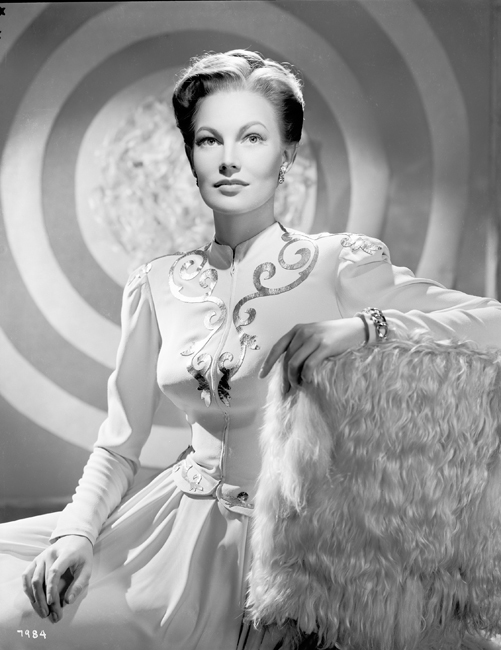 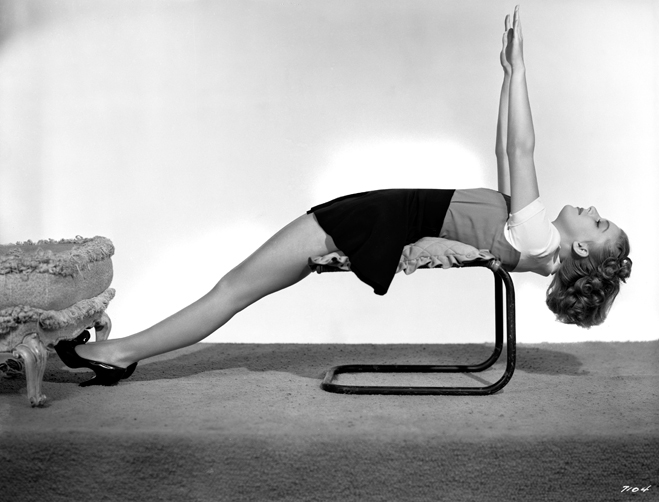 Ruthe Brady (Mrs. Parkington) is either showcasing her new ab routine or how to keep yourself from sleep walking. 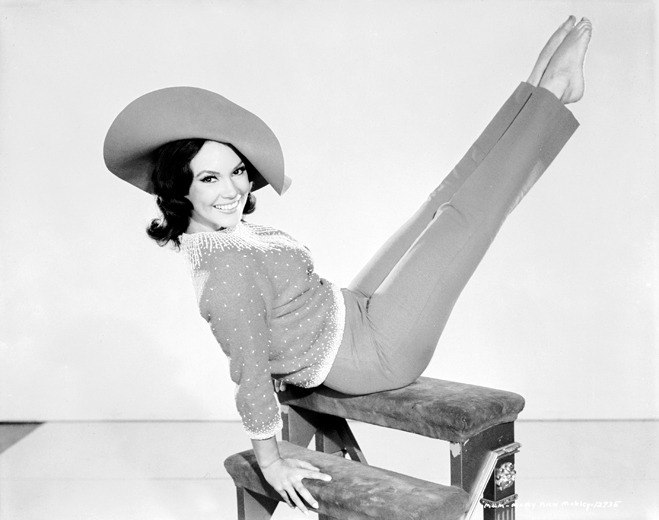 Mary Ann Mobley works on her core while doing a photoshoot. 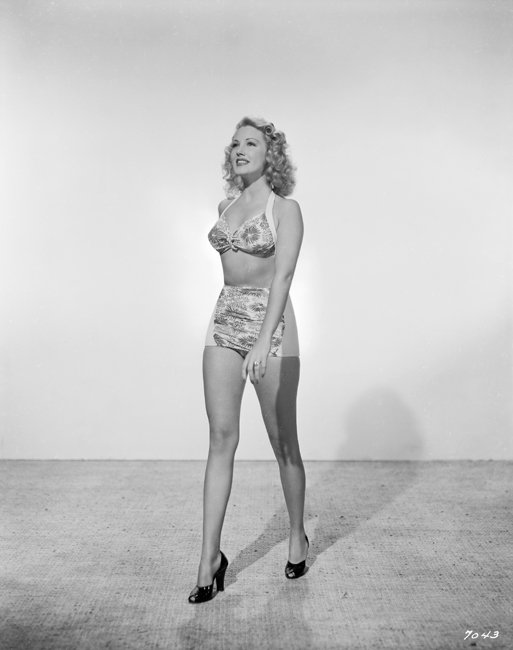 Just going for a walk indoors in a bikini! Very natural! Lorraine Miller (Thirty Seconds Over Tokyo) models a two-piece. 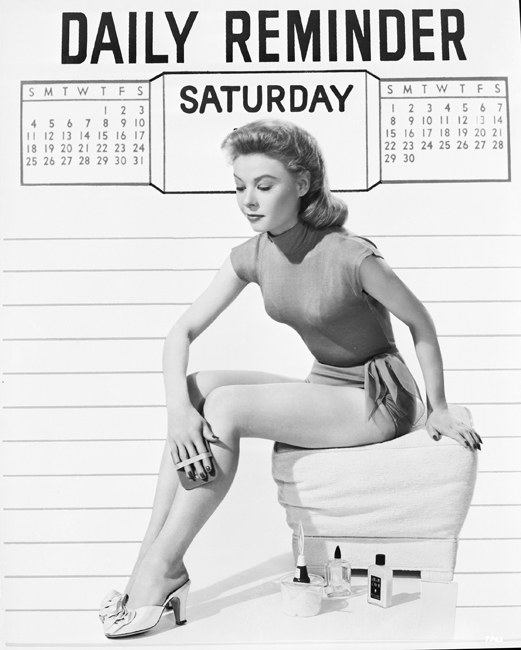 On Saturdays we exfoliate! Vera-Ellen poses for this Daily Reminder Calendar of good grooming. 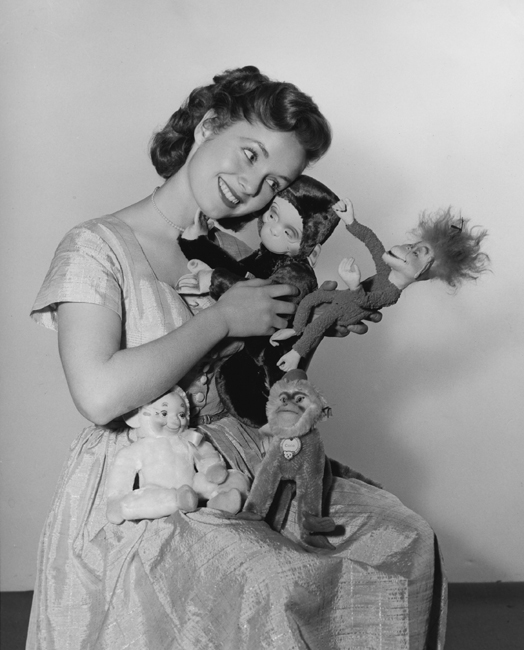 We can't come up with a caption for this one. At least Debbie Reynolds (Hit the Deck) looks happy.