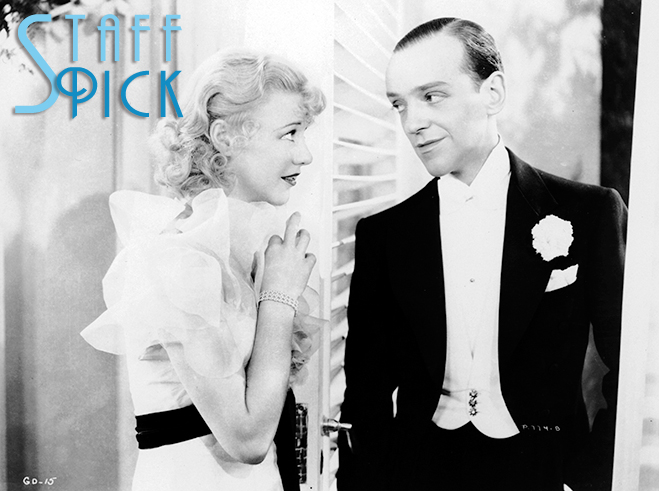 Swishing silk gowns, finger waved hair, marabou feathers. Tuxedos, waistcoats and spit-shined shoes. All hallmarks of a bygone Hollywood era that marked the 1930s song and dance fantasy world. Hundreds of chorus girls would line up in precisely formed geometric patterns as they tap danced to the tunes of Cole Porter, George Gershwin or Irving Berlin. As audiences longed to escape to a make-believe world of over-the-top decadence and wealth, even as the Great Depression trudged ever forward, Hollywood produced escapist feasts for the senses starring the greats such Bing Crosby, Jeanette MacDonald, Maurice Chevalier and, of course, Fred Astaire and Ginger Rogers.

In honor of what would have been the illustrious song-and-dance man Fred Astaire's 117th birthday, we're highlighting the 1934 breezy romp The Gay Divorcee. Consider this a bit of an abbreviated viewer's guide to the film. Take your eyes away from the screen for a moment and the plot can be a bit of a head-scratcher at times, especially as it is mired in social mores of the 1930s, which makes it all the more interesting to watch but a little confusing to digest. Spoilers ahead!

The Gay Divorcee was based on a popular 1932 stage musical Gay Divorce, which featured many of the same actors who appeared in the film including Astaire, in his last Broadway-starring show, Erik Rhodes, who played Rodolfo Tonetti and Eric Blore as The Waiter. The strict Hays Code of the time, which saw to it that films abided by certain "ethical" guidelines, insisted that the name of the film could not mirror that of its Broadway predecessor, Gay Divorce. The idea that divorce was something that could be made light of was a tricky situation, but if it was altered to center around a person—rather than the institution—it wouldn't be seen as offensive. So The Gay Divorcee it would be! The film, directed by Mark Sandrich, went on to be nominated for five Oscars and won for Best Song. It also enjoys a most impressive 100% Critics Tomateter on Rotten Tomatoes. Certified Fresh, indeed!

Pairing Rogers and Astaire on-screen together for the second time (the first being 1933's Flying Down to Rio, which neither starred in), The Gay Divorcee sees Astaire as entertainer Guy Holden, who is vacationing across Europe, and Rogers as wealthy, soon-to-be-divorced Mimi Glossop, with whom Guy is besotted. The plot takes on the standard 1930s farcical twists and turns: mistaken identities, absent-minded aunties, love at first sight...all of which really serve the one great purpose (and why this movie was such a hit) which is to get Mimi and Guy dancing across the screen.

The film opens in Paris with Guy and his pal Egbert Fitzgerald (Edward Everett Horton), a somewhat scattered lawyer, at a swanky nightclub where both men have forgotten to bring their wallets and Guy must literally dance for his supper. Despite being on vacation, but not wanting to have to face a mountain of dirty to dishes to pay off their debt, Guy dances for the crowd and gets so caught up in his own talent he continues to dance even when the music stops. Of course, Egbert finds his wallet in his other pocket just as Guy ends his routine.

The action picks up as Guy and Egbert head to London and cross paths with Mimi (Ginger Rogers) and her Aunt Hortense (Alice Brady). Guy accidentally tears the fabric of Mimi's dress while trying to free her after being snagged in her aunt's luggage. She is as unimpressed with his romantic advances as she is with the skill he showed in releasing her from her precarious situation. That is to say, not at all.

Guy has already set his sights on the beautiful American and falls more in love with her as the days pass. He sets out in London to find her, spending two weeks pounding the pavement and cruising the city. Considering this is a movie after all, Guy and Mimi are destined to meet again—this time through a minor fender bender. The two set off in a chase that ends in the English countryside and with Mimi eventually agreeing to take his phone number and give him her name (but does not agree to his marriage proposal).

Back in London with Guy waiting by the phone, Mimi consults with her aunt Hortense on the state of her divorce. Yes, Mimi is married and is destined to become our Gay Divorcee! We come to find out that she is wed to an older geologist whom she never sees or hears from unless he is financially strapped and, thus, will not grant her a divorce. Hortense, who has been divorced multiple times over, directs her to a lawyer friend...guess who? None other than Guy's best pal Egbert Fitzgerald to handle her divorce proceedings.

Because Mimi's husband and the courts have been unwilling to grant her a divorce up until now, the three hatch a plan to force one. While at a beach hotel Egbert will employ a co-respondent (a person who is charged with adultery along with the other party in a divorce proceeding) who will be caught in Mimi's hotel room by a hired set of detectives. When Mimi's husband learns of the "affair" he will surely grant the divorce.

While at the seaside resort, which Guy has tagged along in order get his mind off his lovesickness, we're treated to a young and relatively unknown teenage Betty Grable singing and dancing to the catchy "Let's K-nock K-nees." This really has no bearing on the plot whatsoever but it's a fun interlude, nevertheless. Fans of art deco will enjoy the lush sets and design. If you have an aversion to socks and sandals, look away!

The co-respondent is to meet Mimi at her room at midnight. The adulterer-for-hire, Rodolfo Tonetti, has arrived at the hotel and given the secret phrase ("chance is the fool's name for fate") that he should use so Mimi can identify him, a phrase that just so happened to be used in Guy's last show.

Now all of our major players are in the same place at the same time but don't know it, there's a secret passcode flying around, illicit midnight meetings are being scheduled...what could go wrong?

When Guy spots Mimi at dinner that evening he follows her down to a cabana. And despite her reluctance they are soon dancing to the Cole Porter classic "Night and Day," the only Porter tune to be featured in both stage and screen versions.

As they dance, Mimi's feelings towards Guy shift, which serves as a true testament to the unique pairing of Astaire and Rogers—that they were able to effortlessly portray falling in love over the course of mere minutes through dance—that is, until in an attempt to woo her further, Guy utters the phrase, "chance is the fool's name for fate" not knowing it is the already agreed upon secret passcode. Thinking that he is the hired co-respondent Mimi loses respect for Guy, but knowing that she must still go through with meeting him in her room at midnight for the sake of her divorce, she gives him her room number. Guy arrives at midnight, Tonetti arrives at midnight. There's confusion, dancing and a rather flimsy, though successful, ploy by Guy to get Mimi out of the room—now kept under strict lockdown by Tonetti—and onto the dance floor.

Now that Mimi realizes Guy is definitely not the lover hired to break up her marriage, she scurries off with him down to the party and takes part in the musical number that won the first Academy Award for Best Original Song—"The Continental," an astounding 22 minute song and dance sequence featuring hundreds of black and white clad dancers (brunettes in black; blondes in white, naturally). Set with a sparkling white hotel as a backdrop, dancers leap, dive and twirl to the elegant and athletic Continental dance routine. Making the most of the set design, dancers are even positioned in the revolving doors at one point. It reportedly took six weeks of rehearsal for this magnificent dance number to be staged to perfection. 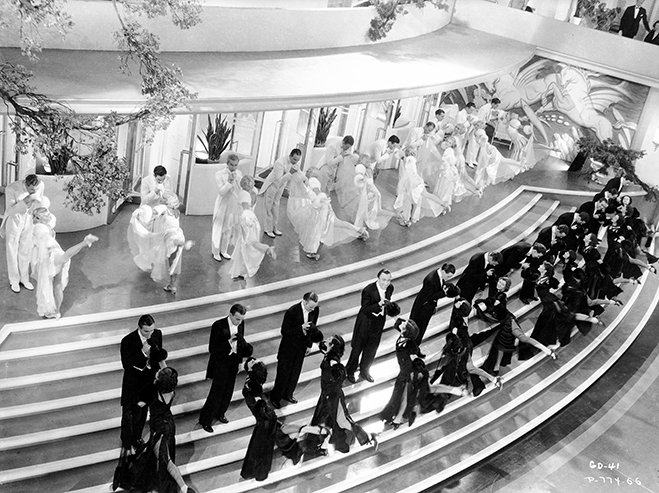 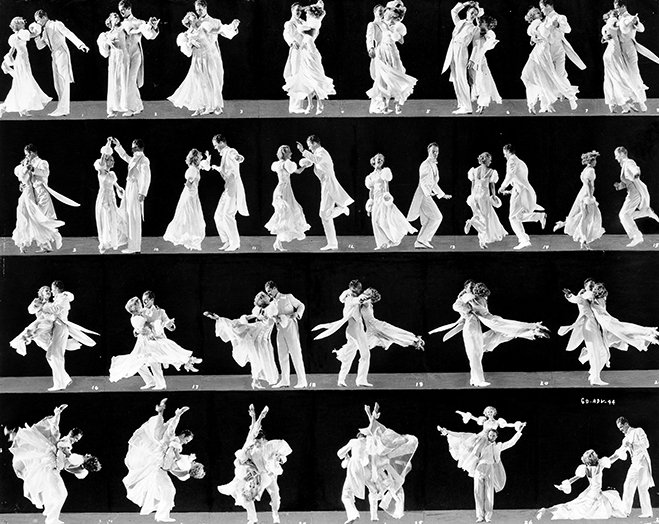 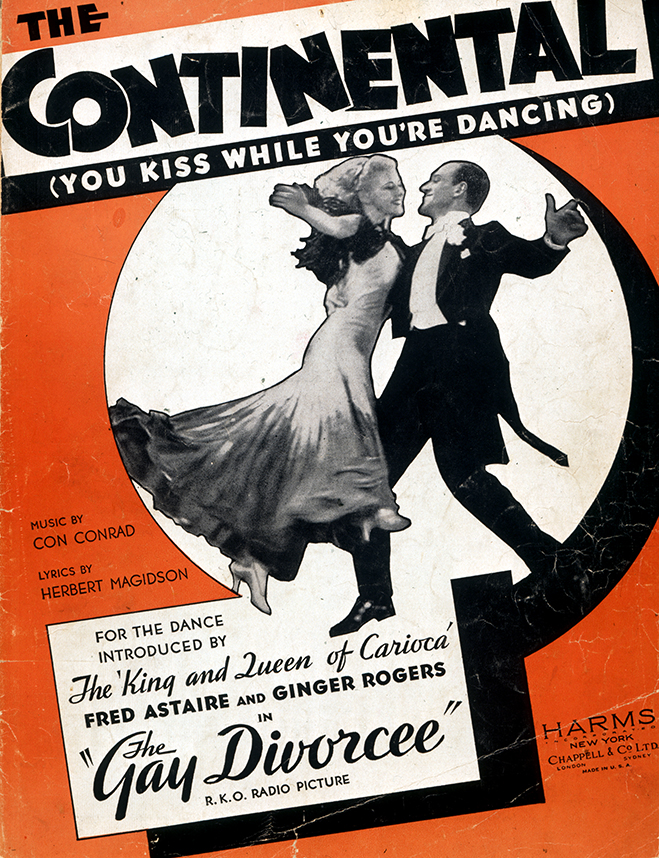 Now at the end of the film, our main characters have danced the night away together and are not only in love but wanting to marry. Mimi expects the hired detectives to find her in her room the following morning with Tonetti but scattershot Fitzgerald has forgotten to hire them! Instead he has invited her husband (William Austin) who sees through the fake affair for what it is and will still not grant her the divorce. In a last-minute twist the waiter, who is delivering breakfast, recognizes Mimi's husband as "Professor Brown" who happens to already have a French wife. Unable to deny that he is married to another woman, Mimi's husband must grant the long-sought divorce which will now free her to become Mrs. Holden. If this all sounds hopelessly complicated just know that it's a happy ending! Oh, and Aunt Hortense and Egbert Fitzgerald were also married the evening before. Celebrating and dancing, of course, ensues. 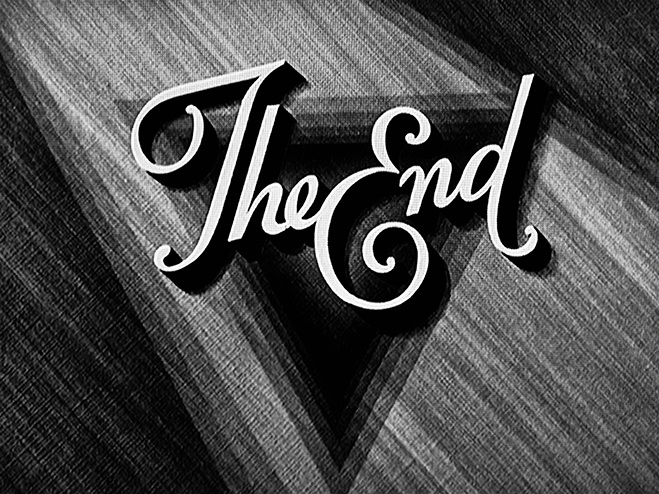