Be on the lookout for roaming Super-Villains, aka, the "worst of the worst," in and around the San Diego Convention Center during Comic-Con: International 2016. And fans can get in on the action themselves by taking part in The Squad Up! Suicide Squad Cosplay Contest.

Beginning June 9, submit your cosplay look inspired by your favorite Suicide Squad character. Dress as Deadshot, Joker, Harley Quinn, Colonel Rick Flag, Amanda Waller, Captain Boomerang, Diablo, Killer Croc, Enchantress, Slipknot or Katana for a chance to win a trip to San Diego this July for Comic-Con: International. Assemble a costume, snap a pic and get your friends to vote! Ultimately, eleven different winners—one for each character—will be selected for an all-expenses paid trip to show off your costume at Comic-Con! Details and submission form can be found at DC Comics.

While at the "The Con" don't miss members of the Squad cast as they make an exclusive presentation in Hall H. Stars of the film will appear at the DC booth and meet fans and sign movie posters. More details are still to come. Cast members will also make a special ensemble appearance on July 23 to tape Conan, which will air that evening at 11 pm et/pt on TBS.

Aside from the thrill of an up-close-and-personal encounter with your favorite bad guy or girl you'll also be able to spend some hard time in Belle Reve Penitentiary. There will be selfies galore every day at the Con, from 10 am to 7 pm, as 6,000 square feet of San Diego’s Hard Rock Hotel will transform into the infamous jail where our villains were incarcerated before becoming the Suicide Squad under the direction of Amanda Waller. Fans will also be able to take part in a live-action virtual reality fight sequence along with Squad members in a scene from the film. Harley's Tattoo Parlor will be setting up shop once again where fans can get "inked" with a Squad skull as well. 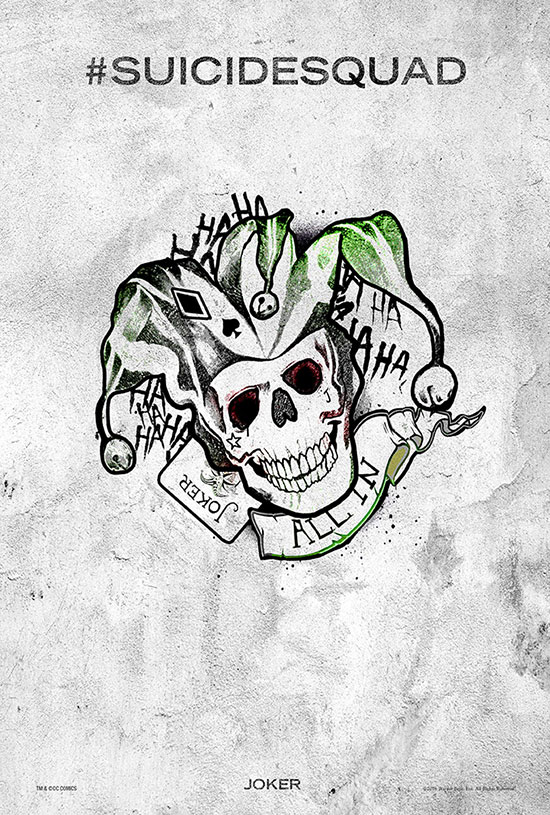 Check back for more details as we get closer to the date. Suicide Squad opens in theaters August 5.