Our "Worst Heroes Ever" got a colorful reveal this morning as 11 new character posters were released in anticipation of the August 5 premiere of Suicide Squad. Fans can now take a closer look at the characters from the film's recent June 18 poster where each villain was positioned inside a highly-stylized cartoon atomic cloud. 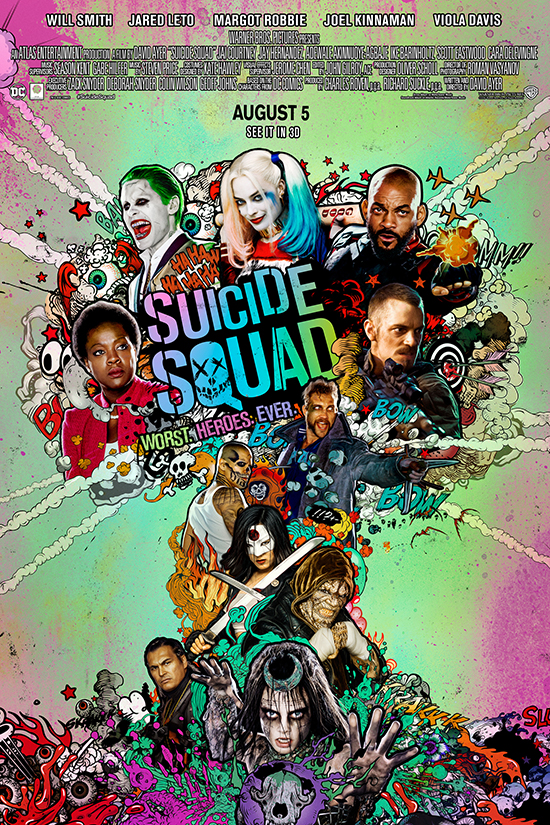 The neon colors give off a frenetic and energetic vibe and harken back to the film's comic book roots. Here's just a sampling of the new artwork.

Click through to our title page to check out all 11 and see if you can pick a favorite. Maybe even use these new posters as your inspiration for DC Comic's Suicide Squad Cosplay contest. The deadline is June 29 so you better "Squad Up" soon! You can view the competition here.

Suicide Squad follows a group of death row super-villains assembled as a task force to be at the disposal of the U.S. government. Here's the latest trailer to hold you over until the August 5 premiere.