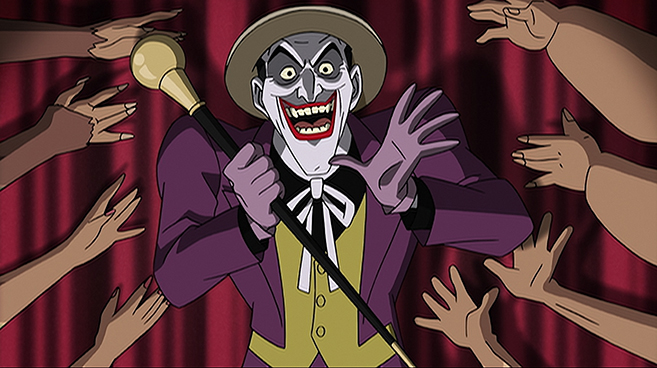 Nearly 30 years after Batman: The Killing Joke became one of the best-selling graphic novels of all-time upon its release in 1988, the animated full-length movie version arrives in more than 1,000 theaters nationwide on Monday, July 25 and due to overwhelming demand a second theatrical screening night has been added on Tuesday, July 26 (each theater is screening two showings at 7:30pm and 10:00pm local time). Presented by Fathom Events, Warner Bros. and DC Comics, click here to find a theater near you.

Batman: The Killing Joke will also be available on Digital HD July 26, with the Blu-ray release arriving a week later on August 2.

The original graphic novel—created by writer Alan Moore, artist Brian Bolland and colorist John Higgins—depicts the origin story of Batman's most famous nemesis The Joker. The seeds of this single story have since influenced the storylines of countless DC videogames, animated features and the live-action films like 1989's Batman and 2008's The Dark Knight. The influence and impact within the DC Universe is undeniable and because of the novel's grit and intensity, and the filmmakers' desire to remain true to the source material, the new animated feature is the first such DC release to receive an "R" rating.

Earlier this year, as reported by Entertainment Weekly, Sam Register, President of Warner Bros. Animation & Warner Digital Series, said in a statement: "From the start of production, we encouraged producer Bruce Timm and our team at Warner Bros. Animation to remain faithful to the original story—regardless of the eventual MPAA rating. The Killing Joke is revered by the fans, particularly for its blunt, often-shocking adult themes and situations. We felt it was our responsibility to present our core audience—the comics-loving community—with an animated film that authentically represented the tale they know all too well.” 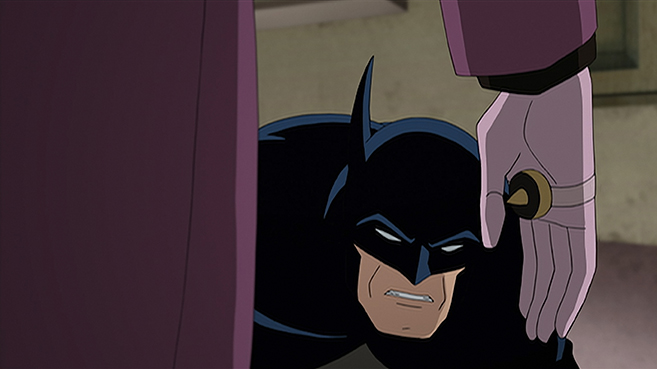 And in this exclusive interview with DC All Access, Kevin Conroy, the voice behind Batman for nearly quarter of a century, also points out that the movie goes beyond the graphic novel. Mark Hamill, Conroy's longtime voice actor counterpoint, also returns as The Joker.

Finally, here's a fun breakdown of the official trailer for Batman: The Killing Joke from the folks at DC All Access: