This October marks the 75th Anniversary of the birth of the iconic super hero Wonder Woman and to celebrate Warner Bros. Entertainment and DC Entertainment have kicked off a year-long celebration that culminates with next June’s theatrical release of Wonder Woman, starring Gal Gadot in the title role. Of course, Gadot made her cinematic debut as the Amazon Princess earlier this year in the blockbuster Batman v Superman: Dawn of Justice. Speaking of which, the recently released BvS Blu-ray includes a 22-minute featurette called “The Warrior, The Myth, The Wonder” which explores Wonder Woman’s history, origin, evolution and powerful impact on popular culture.

Beginning with a new commemorative logo (seen above) honoring the legacy of Wonder Woman, some of the highlights of the year will include the relaunch of her comic book series (Wonder Woman Rebirth #1 was released this past June); new graphic novels; and consumer products, including apparel, toys and other exclusive merchandise, starting with The Barbie™ Collection Amazon Princess Wonder Woman™ Barbie® Doll. And in October, the United States Postal Service will make available four Forever stamps (on a sheet of 20) depicting Wonder Woman during four eras of comic book history: Golden Age (1941–55), Silver Age (1956–72), Bronze Age (1973–86) and Modern Age (1987–present). 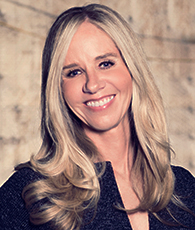 "Wonder Woman has long stood with Batman and Superman in the trinity of DC’s most iconic super heroes, but she also stands alone as a symbol of equality, justice and female empowerment and is more relevant today than ever. With her roots in Greek mythology and American feminism, Wonder Woman is one of the most unique and compelling characters in comic book history; her longevity is a testament to her global appeal and the special place she holds in the hearts of generations of girls who have imagined wielding their own lassos of truth."

Stay tuned in the coming months for more on Wonder Woman 75 activities, but in the meantime you can keep up on all the latest announcements at #WonderWoman75.