The Voice is coming to Snapchat and you could be a part of it! The Voice on Snapchat is inviting fans to sing their hearts out for Season 11 coaches Adam Levine, Alicia Keys, Blake Shelton and Miley Cyrus. Submit your best effort to voicesnaps.com and you may be chosen to be part of The Voice's new Snapchat series beginning August 22. 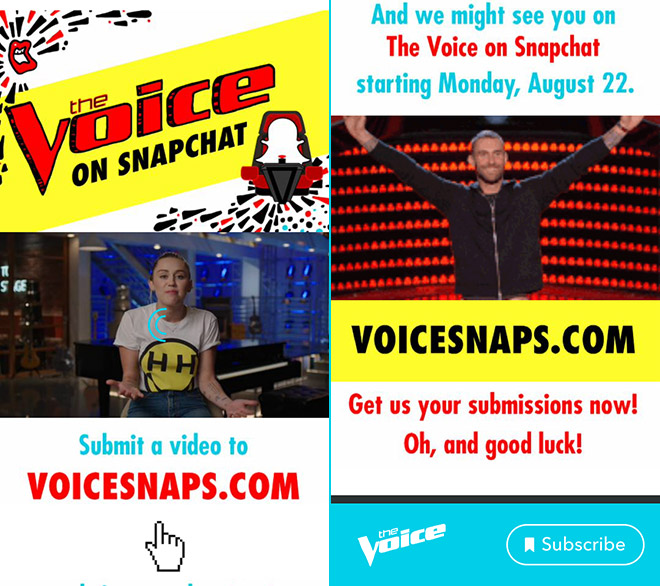 The new five-part Snapchat series will feature user-submitted videos, with the winner potentially appearing on the NBC network version of the program. Blake, Adam, Alicia and Miley will appear in all five Snapchat episodes. Learn more at voicesnaps.com. Look for The Voice in the Discovery area of the Snapchat app and be sure to subscribe!

Season 11 of The Voice premieres on NBC September 19, with a special preview episode on August 21.