Everything's coming up Wonder Woman. The Amazonian princess took a star-making turn in this year's Batman v Superman: Dawn of Justice and earned major buzz at 2016's San Diego Comic-Con with a rave-reviewed trailer for her own movie, Wonder Woman, debuting June 2, 2017. As Warner Bros. and DC Comics proudly celebrate 75 Years of Wonder Woman, we thought what better place to start the celebration than where it all began: comic books.

The brainchild of William Moulton Marston, Wonder Woman (secret identity: Diana Prince) first appeared in All Star Comics #8 and landed her own Sensation Comics cover in January 1942. Often regarded as a feminist icon, Wonder Woman has run for president, appeared on the cover of Ms. Magazine, and has a mission to promote peace and equality. 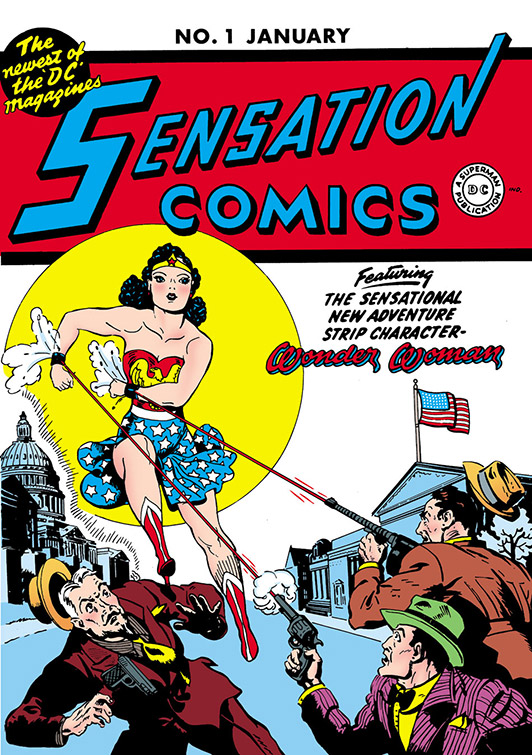 Mobster's bullets are no match for Wonder Woman's Bracelets of Submission as they deflect any danger as she arrives in Man's World on her first cover in 1942. From Sensation Comics, this No. 1 issue was written by William Moulton Marston, and pencilled and inked by Harry G. Peter. 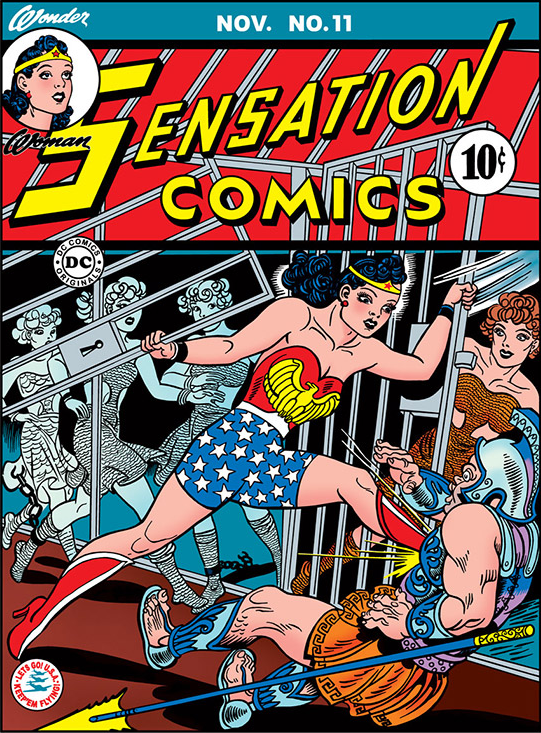 On Planet Eros, women are sentenced to prison, but one rebellious parolee has begun a war to fight the injustice. Wonder Woman, with the aid of Etta Candy and Steve Trevor, joins the battle to free the oppressed women of the planet. In this issue, Wonder Woman employs her Bracelets of Submission, Lasso of Truth, and Tiara in the crusade.&nbsp;Written by William Moulton Marston and pencilled and inked by Harry G. Peter.

1943: Wonder Woman and the Cheetah 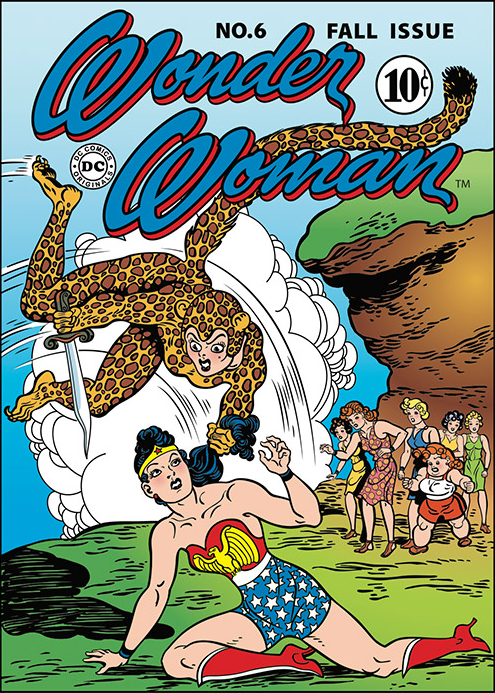 In 1943 fans were introduced to the notorious villain Cheetah/Priscilla Rich. The jealous and well-to-do Rich attempted an unsuccessful take-down of our heroine in Wonder Woman #6. And though Cheetah performed a stint on Reform Island, she never went straight and would become one of Wonder Woman's fiercest adversaries. 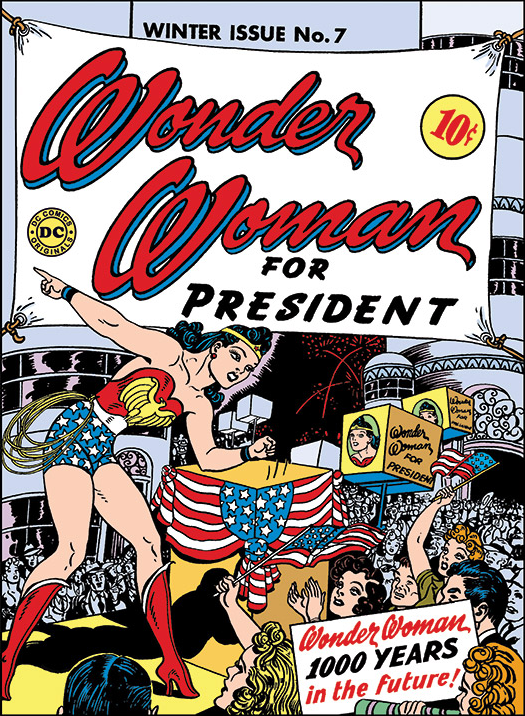 In this radical issue from 1943, Wonder Woman runs for president (tempered by the idea that it's 1,000 years in the future). She would later appear on the inaugural issue of Ms. Magazine running for the Oval Office and again on the magazine's 40th anniversary cover as she marched on Washington. 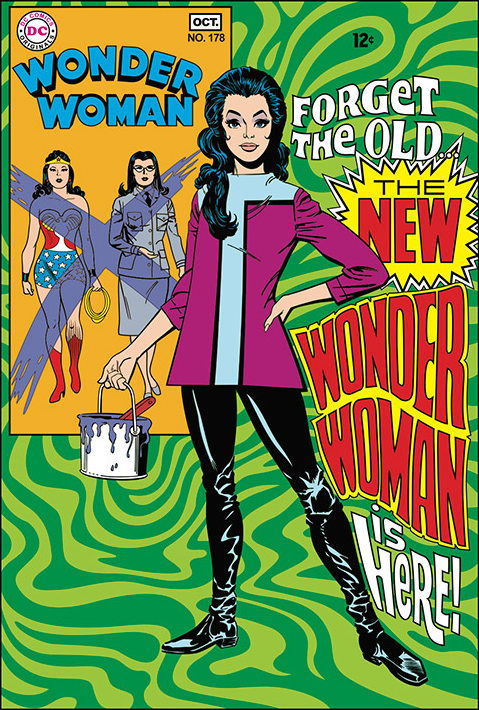 Wonder Woman takes on a new look and attitude in 1968. Written by Dennis O'Neil, pencilled by Mike Sekowsky, and inked by Dick Giordano, the modern Wonder Woman/Diana Prince steps out into the social scene of the 1960's. 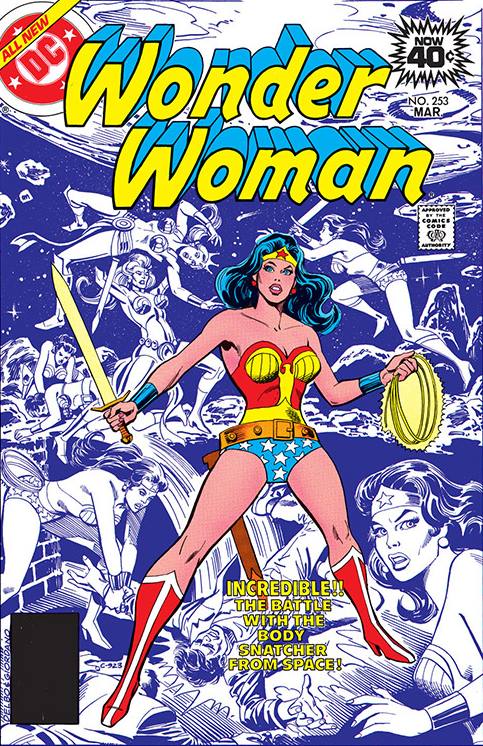 1979 sees Diana Prince in astronaut training at the Lyndon B. Johnson Space Center in Houston, TX. Wonder Woman also travels to space to fight The Empress of the Silver Snake on the moon, where she'll use her Bracelets of Submission, Golden Girdle of Gaea, Lasso of Truth and Mental Radio against her foe.

In this origin story of Wonder Woman, we go back to 30,000 BCE. We also witness Diana victorious in the Trial of Flashing Thunder, which will allow her to go forth and battle Ares as Wonder Woman.

Cheetah is back. (We told you she would be.) This series had a new creative team behind it with the story by William Messner-Loebs, pencil work by Jill Thompson and inking by Romeo Tanghal. 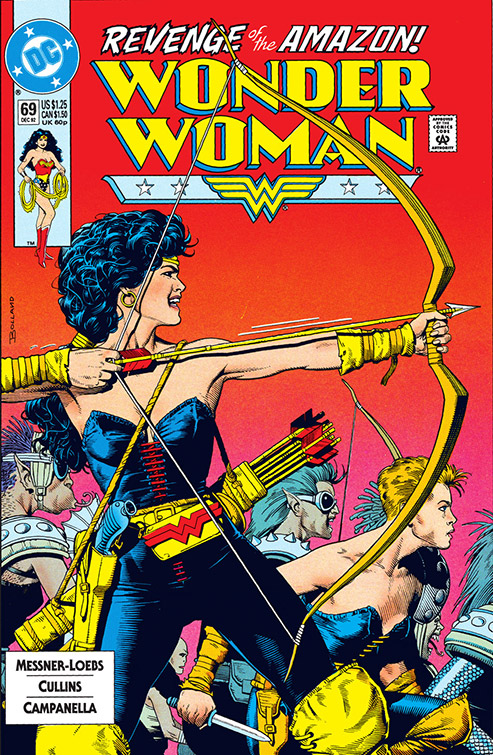 In a recurring theme, here again we see Wonder Woman rise up against an oppressive state to help free imprisoned slaves.

In this series, a terrible betrayal forces Wonder Woman to make a deal with the gods who want her dead, and her “family” grows larger than she could have imagined. In  Vol. 3: Iron, Wonder Woman's arsenal includes an Astro Harness and Boom Tube. 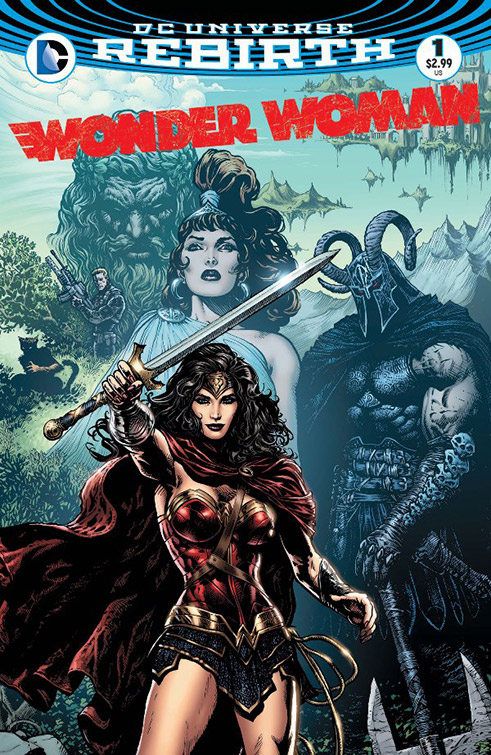