Ok, so maybe you have to go back to school. Maybe you're experiencing a little post-vacation let-down. The end of summer can bring with it some mixed emotions but since the first days of network television there has always been one reliable constant of the fall season: new TV. When old friends come back into our lives and tie up the loose ends they left us with back in May, romances are rekindled, unsolved mysteries suddenly find a break in their case and babies are often born. All in September and October. And then there's the joy of finding a new favorite program to obsess over and chat about around the water cooler or spam our social feeds with. Yes, fall is good. Find out what's new and what's coming back and, most importantly, when this fall from Warner Bros. Television!

In the upcoming season fans will finally meet Penny's mom (Katy Sagal) and brother (Jack McBrayer). Howard and Leonard's quantum gyroscope invention could also come under investigation when a government representative, played by Dean Norris, pays them a visit. 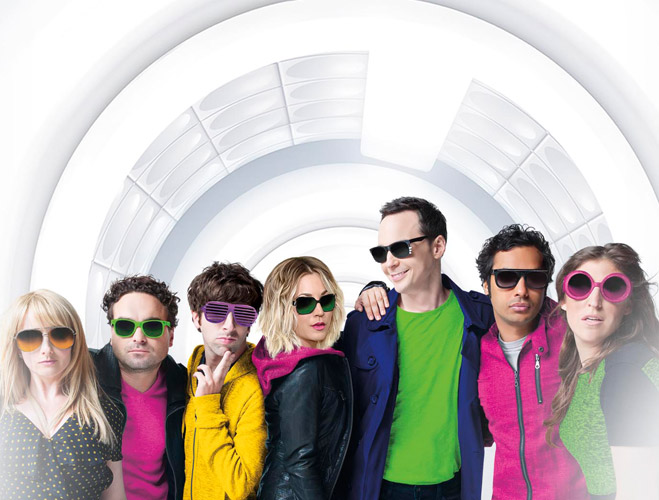 The third season will peel back the curtain on the infamous criminal organization known as the Court of The Owls. As the city sinks deeper into chaos, Gotham will continue to follow the evolving stories of the city’s most malevolent villains.

This September, Lucifer and his brother angel, Amenadiel, who've been sparring over Lucifer's resistance to returning to the underworld, will be brought back together for one common goal—to find their mother, who has escaped Hell. After all, Lucifer doesn't take after his dad, so the parent he does resemble is sure to be quite terrifying.

The Voice returns September 19 with the strongest vocalists from across the country invited to compete in the blockbuster vocal competition. Celebrity musicians Adam Levine, Alicia Keys, Blake Shelton and Miley Cyrus will serve as the Season 11 coaches, while Carson Daly returns as host.

Kara has left the safety of being Cat Grant's assistant in order to figure out what she really wants to do, while as Supergirl she continues to work at the DEO, protecting the citizens of National City and searching for Jeremiah and Cadmus. Along the way, she will team up with Superman (guest star Tyler Hoechlin) to battle new villains, as she strives to balance her personal life with her life as a superhero. Don't forget, Supergirl will now air on The CW! 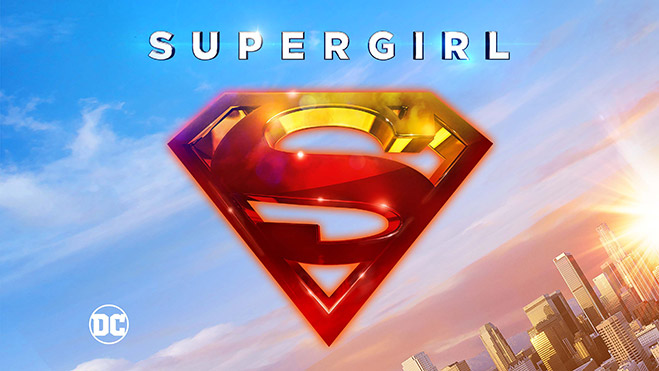 Max and Caroline have become part-owners of the diner, which Han is not enjoying at all, but tickles Earl to no end. The girls have also turned their cupcake window into a dessert bar—emphasis on bar. The girls will be working around the clock at the diner, and to get their dessert bar up and running, but they'll still have time for old loves and new ones. Meanwhile, Sophie and Oleg work around the clock as new parents

People of Earth is a new original comedy about a support group for alien abductees. The show centers on skeptical journalist Ozzie Graham (Wyatt Cenac), who investigates a support group in order to write about the members' supposed "alien encounters." The more he digs into their oddball claims, the more he realizes there is truth in their stories and possible signs that he himself has experienced an alien abduction.

By the end of the second season, Barry had unwittingly played into Zoom's evil hands but was able to ultimately defeat his arch nemesis. Now The Flash has made a world-shaking decision and speeds back in time to the night his mother died to stop The Reverse Flash from killing her, irrevocably changing his past and determining his future anew. 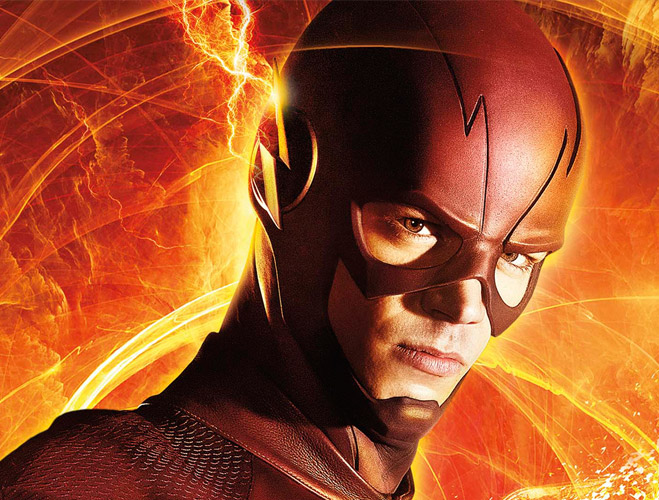 Axl and Sue are now in college. Little Brick (not so little anymore) has reached ninth grade. Eight seasons in and Frankie Heck (Patricia Heaton) still shines as a middle-aged, middle-class, middle USA mom to one of the Heartland's most hilarious families.

As Weller and his teammates at the FBI—Edgar Reade, Tasha Zapata and the tech-savvy Patterson—begin to investigate the veritable road map of Jane Doe's tattoos, they are drawn into a high-stakes underworld that twists and turns through a labyrinth of secrets and revelations—with the information exposing a larger conspiracy of crime, while bringing her closer to discovering the truth about her identity. 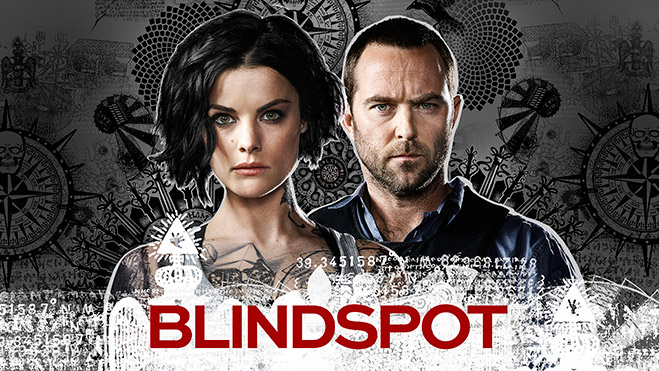 Combining action and drama with friendship and humor, Lethal Weapon reboots the hit movie franchise, as it follows classic cop duo Riggs and Murtaugh, who are working a crime-ridden beat in modern-day Los Angeles.

The Green Arrow's public defeat of Damien Darhk (guest star Neal McDonough) at the end of last season has inspired a new crop of masked heroes to step up and defend the city, though their painful inexperience makes them obstacles, rather than allies, in the field. The arrival of a deadly new adversary will force Oliver to confront questions about his own legacy, both as mayor and as the Green Arrow.

Based on the New Line feature film of the same name, Frequency is the story of a father and daughter who are supernaturally reunited two decades after his suspicious and untimely death. 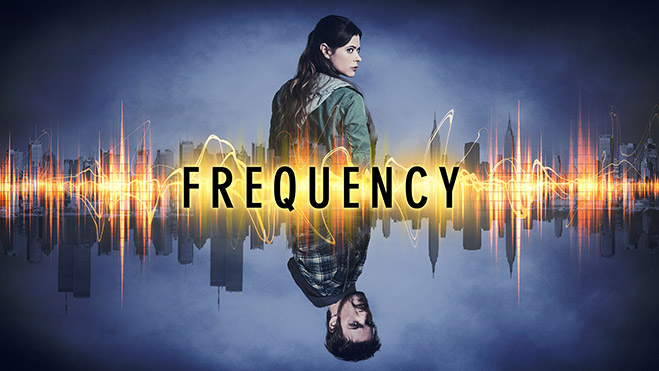 Having been scattered throughout time, the Legends have been reunited, and continue their new mission to protect the timeline from temporal aberrations—unusual changes to history that spawn potentially catastrophic consequences.

In the show's eleventh season, the Winchesters found themselves battling an apocalyptic force: the Darkness. Now, rallying help from their allies—both human and supernatural—Sam and Dean are about to go toe-to-toe with the most destructive enemy they've ever seen. The question is, will they win? And at what price? 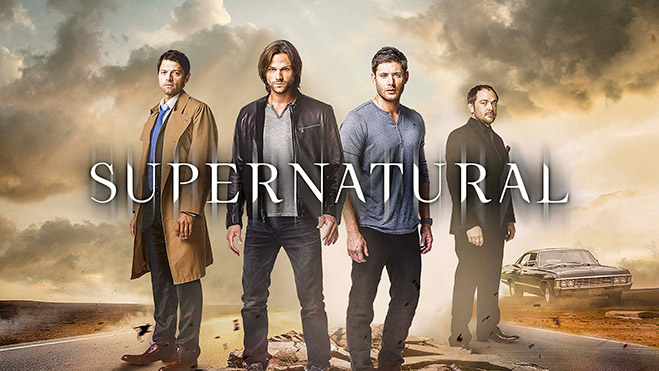 Bonnie's boyfriend Adam (played by William Fichtner), who was last seen leaving for a job as a stunt coordinator in Croatia, will be back as a season regular in the the upcoming season. What will a longterm relationship mean for Bonnie and Christy's relationship?

The seventh season of The Vampire Diaries found our heroes rebuilding their world without Elena (Nina Dobrev). Confronted by the prospect of a decades-long wait for Elena's return, Damon struggled with his heartbreak and relied on his contentious but profound friendship with Bonnie. 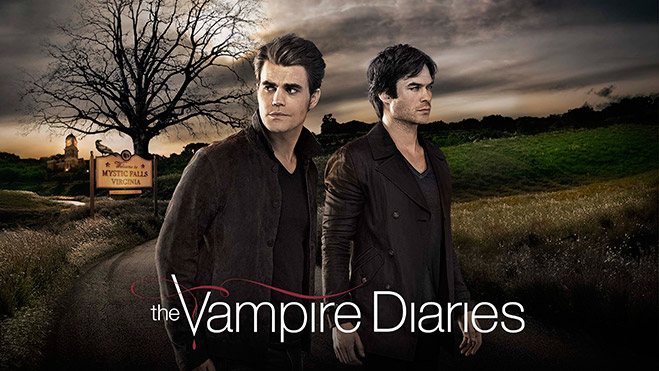 The Gallaghers may not be like any family you know, but they make no apologies for being exactly who they are. Catch up on Shameless before the Season 7 premiere this October!

The one-hour drama series Westworld is a dark odyssey about the dawn of artificial consciousness and the evolution of sin. Set at the intersection of the near future and the re-imagined past, it explores a world in which every human appetite, no matter how noble or depraved, can be indulged.

Contemporary crime thriller Longmire, based on the Walt Longmire mystery novels by Craig Johnson, continues for its fifth season with Sheriff Walt Longmire (Robert Taylor) in the crosshairs of a wrongful-death civil suit by Barlow Connally's estate.

Gilmore Girls: A Year in the Life (New)
November 25

The all-new Gilmore Girls: A Year in the Life is coming to Netflix. Original Gilmore Girls series stars Lauren Graham (Parenthood), Alexis Bledel (The Sisterhood of the Traveling Pants), Kelly Bishop (The Good Wife) and Scott Patterson (Saw V, Saw IV) star in the new production, along with guest appearances by a host of others, including Melissa McCarthy (Mike & Molly), Milo Ventimiglia (Gotham), Matt Czuchry (The Good Wife), Liza Weil (How To Get Away With Murder), Jared Padalecki (Supernatural), Yanic Truesdale (Rumours), Keiko Agena (Transformers: Dark of the Moon), Sean Gunn (Guardians of the Galaxy) and many, many more.