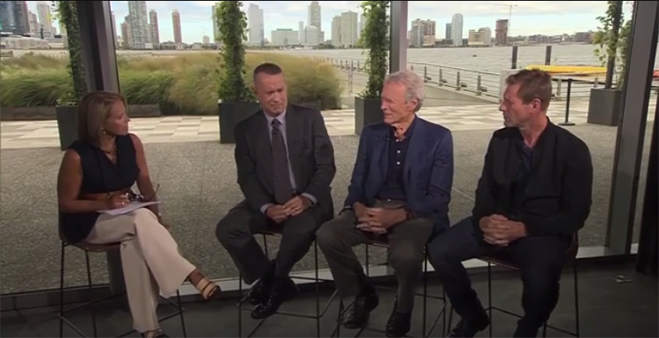 Next Tuesday (September 6), Academy Award winning director Clint Eastwood and Oscar winning actor Tom Hanks will be gearing up for the theatrical premiere of the riveting true life drama, Sully, by answering your questions in a special Facebook Live Event, hosted by Katie Couric. Be sure to start posting your questions now with #AskSullyMovie.

In Sully, Hanks plays Captain Chesley “Sully” Sullenberger, who famously landed his crippled aircraft with 155 passengers and crew aboard in the Hudson River, forever known as the Miracle on the Hudson. What you may not know is what happened after that disaster was avoided. Eastwood directs the stellar cast that also includes Aaron Eckhart as co-pilot Jeff Skiles and Golden Globe/Emmy winner Laura Linney as Lorraine Sullenberger.