If you are "of a certain age" you probably recall the Thursday night "Must See TV" line-up of the mid-1990s heydays. For many those were the days of appointment television. You stayed in, often with friends and family, and on September 22, 1994 the world was introduced to six young New Yorkers, who seemed to spend an inordinate amount of time in a coffee shop, but nevertheless would soon become our Friends.

For ten seasons the world watched as the Friends changed jobs, got married, got divorced (sometimes more than once), had children, and even moved out of an especially large Greenwich Village apartment in favor of life in the suburbs—basically mirroring the lives of their Generation X fans who watched from home. The cast's onscreen charisma, charm and obvious affection for one another felt like lighting in a bottle and is no doubt what contributes in making the ensemble comedy so successful today as it continues on in syndication and the online world such as Netflix, where a new generation of fans has begun listing it among their favorite programs.

Now, 22 years later, on the anniversary of its primetime debut, we're highlighting just a few of the funniest and most poignant moments over the ten years we spent with our very best Friends. 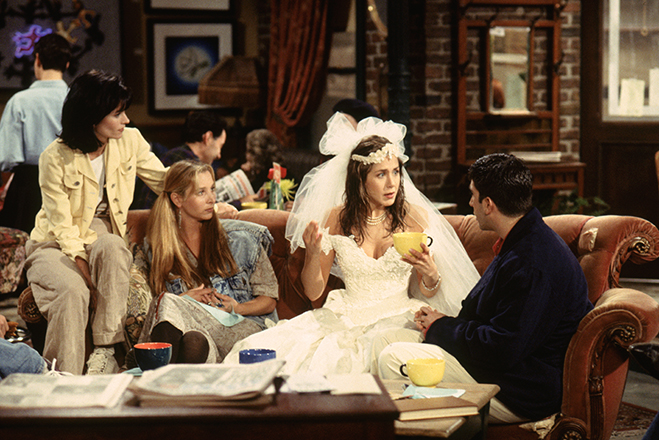 The One Where Monica Gets a Roommate (Pilot)—Rachel (Jennifer Aniston) has skipped out on her wedding and run into her childhood friend Monica Geller (Courteney Cox) at Central Perk in New York City. The rest is ten seasons of television history. 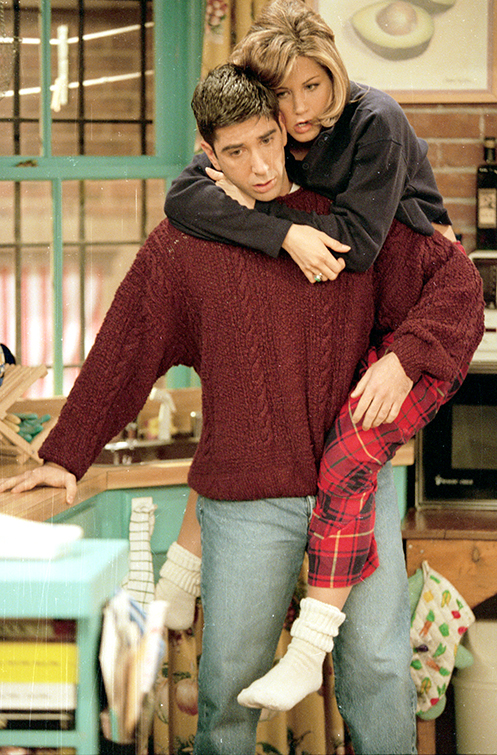 The One Where Ross Finds Out—After a season (well, actually a lifetime) of pining away for her from afar, Ross (David Schwimmer) learns that his feelings aren't as unrequited as he once believed when he listens to a drunken voicemail left by Rachel. 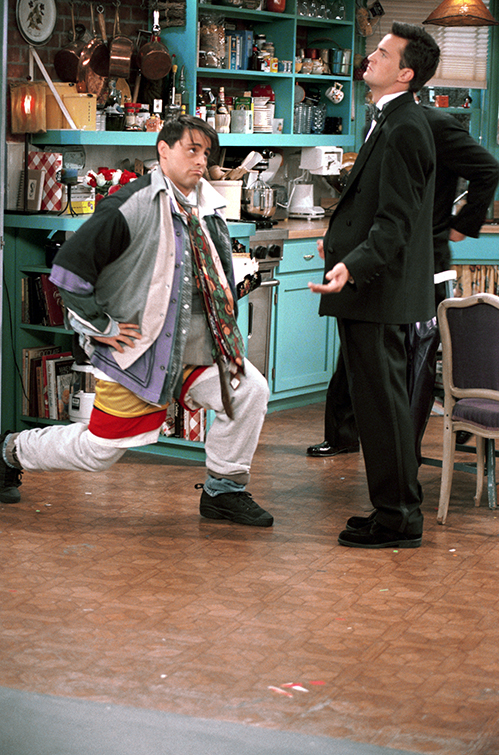 The One Where No One's Ready—An ongoing argument over who gets to sit where, results in Joey (Matt LeBlanc) wearing all of Chandler's (Matthew Perry) clothes while doing deep lunges. Hey, maybe it wouldn't have been so bad if he wasn't going "commando"... 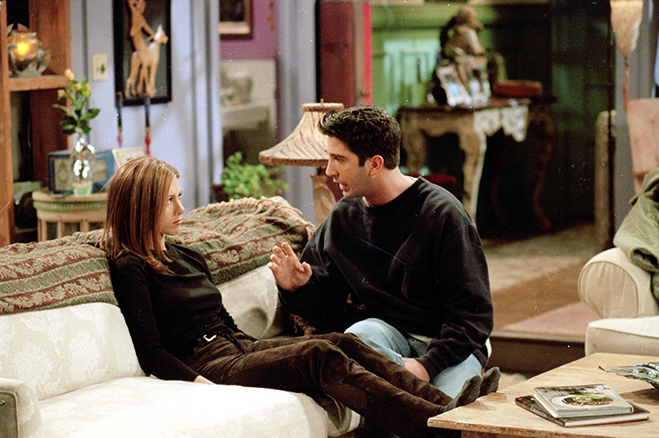 The One The Morning After—In one of the most memorable and emotional episodes in the show's ten-year run, Rachel and Ross spend the entire night hashing out whether they should stay together after Rachel learns of Ross's transgression while they were on a "break."

The One With All The Wedding Dresses—In this fan favorite episode, the ladies blow off a little steam by hanging out in wedding wear. Phoebe (Lisa Kudrow) rented hers from a store called Not Too Late!

The One With All The Thanksgivings—The Friends Thanksgiving episodes gave viewers some of the biggest laughs of the series. In this flashback scene a desperate Phoebe tries to camouflage Joey, who has managed to get his head stuck in the Thanksgiving turkey, with some herbs. 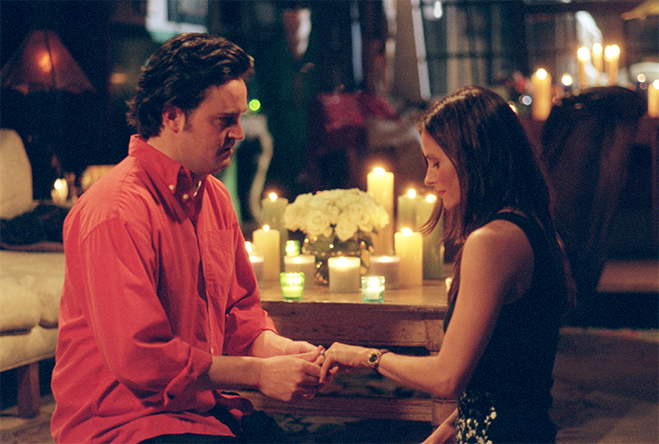 The One With The Proposal Part II—After beginning their relationship in Season Four, Chandler proposes to Monica in the last episode of Season Six. 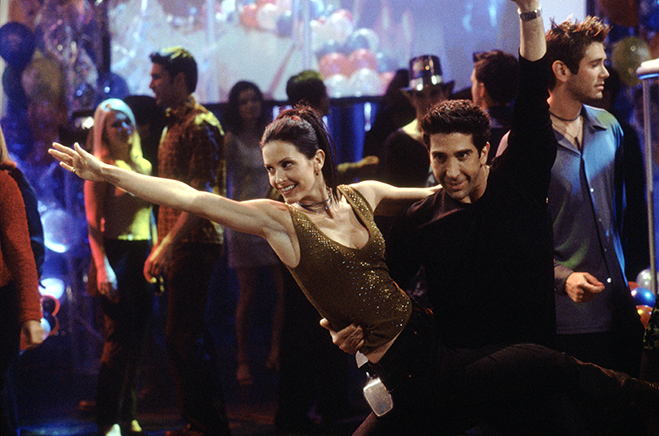 The One With The Routine—In an effort to get camera time as dancers on Dick Clark's New Year's Rockin' Eve, Monica and Ross break out their old dance routine. 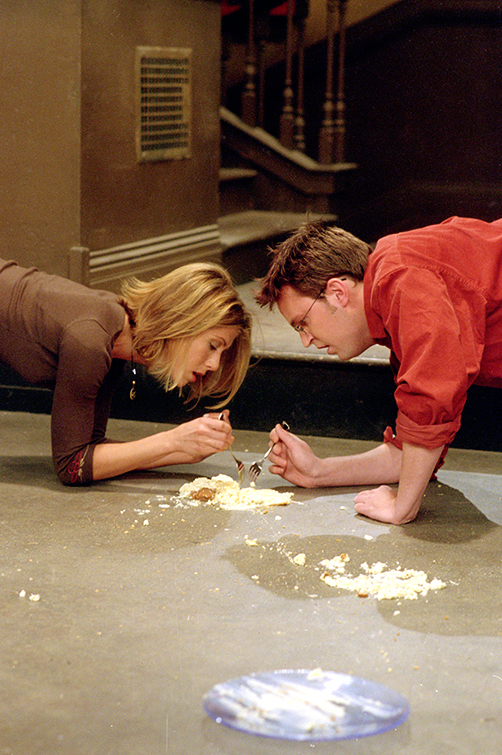 The One With All The Cheesecakes—Having become addicted to a cheesecake acquired through not-the-most-honest of means, Rachel and Chandler have stooped to eating it off the floor of their apartment hallway when it falls off the serving plate. 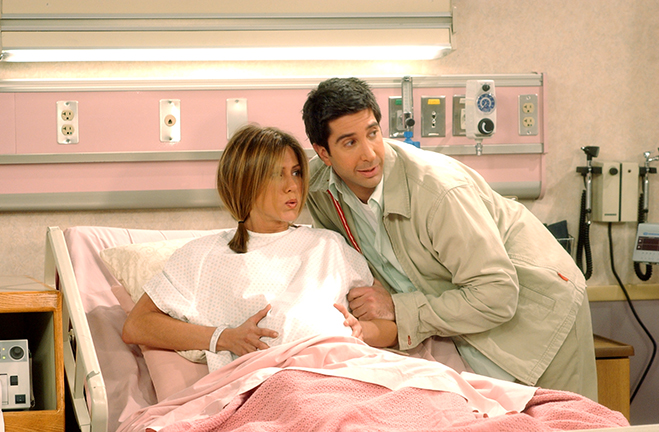 The One Where Rachel Has A Baby - Part I—Rachel finally goes into labor but must share her room with a near revolving-door of women whose labor progresses more quickly than hers. One of those woman? Janice (Maggie Wheeler)! Say it with us: Oh. My. Gawd. 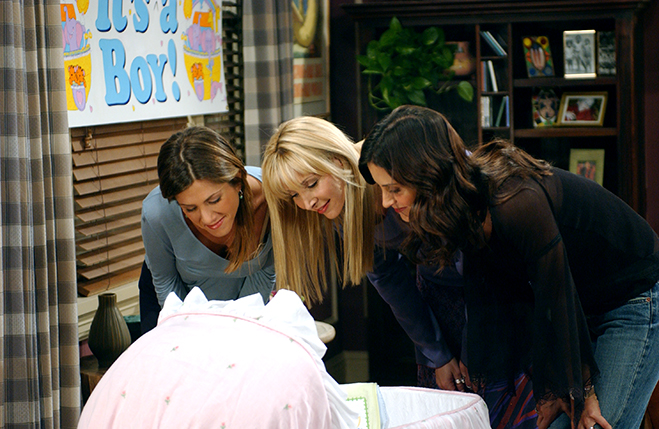 The One Where Emma Cries—Home from the hospital, Rachel must figure out how to stop a baby from crying and how to navigate her new and complicated relationship with Ross now that they are parents to Emma. 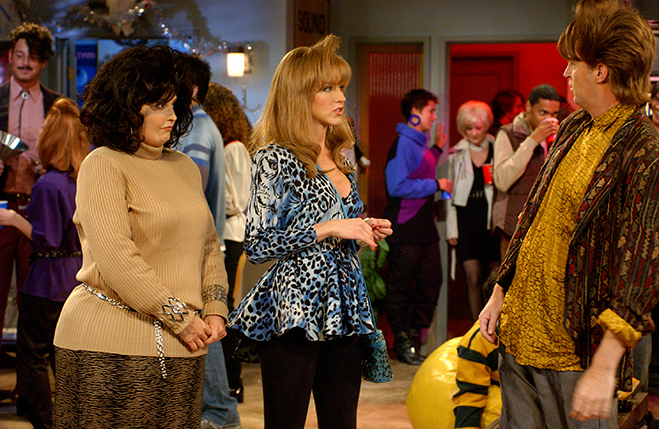 The One Where The Stripper Cries—No show could do flashback moments quite like Friends. In this episode, a horrified Monica finds out that her first kiss—whom she dubbed her "Midnight Mystery Kisser"—turned out to be Ross, in a case of mistaken identity. 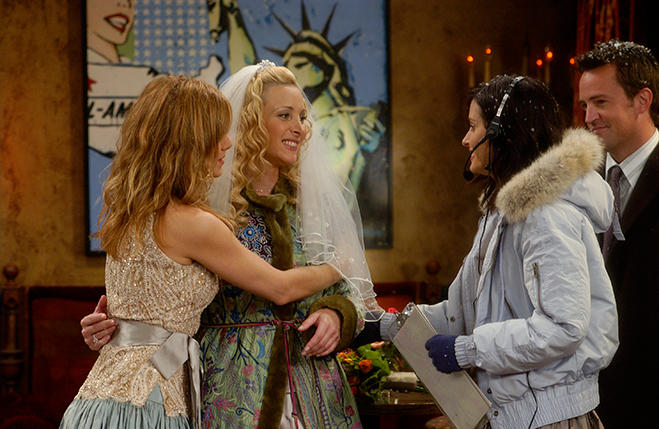 The One With Phoebe's Wedding—After years of short-lived relationships, Phoebe marries Mike Hannigan (Paul Rudd) in a snowy winter wonderland wedding outside of Central Perk. 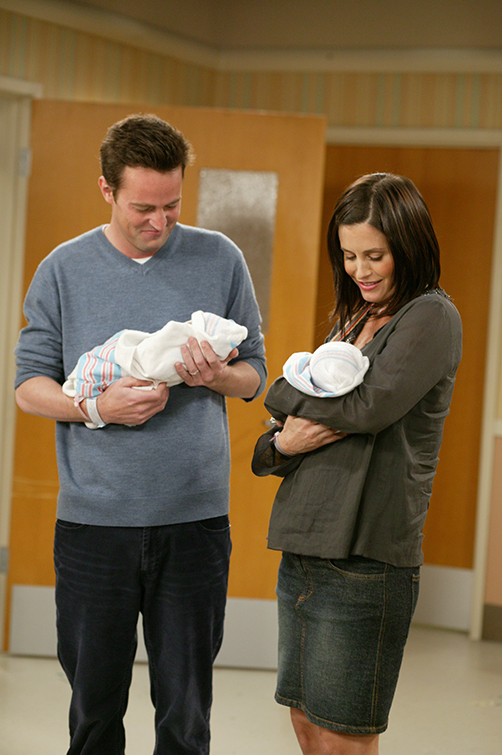 The Last One - Part One—Chandler and Monica become parents to (surprise) twins Jack and Erica after their birth mother goes into early labor. 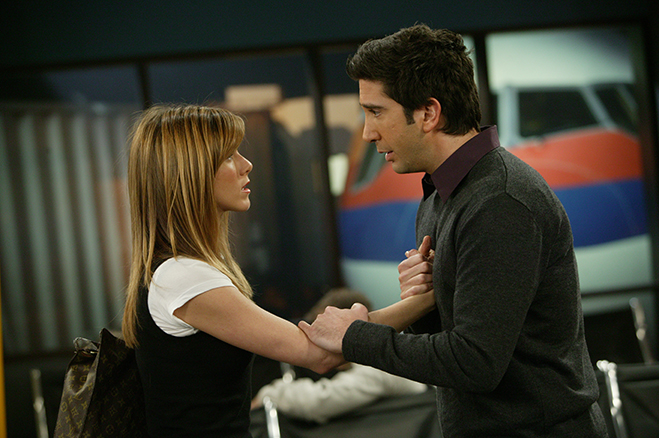 The Last One - Part Two—Tugging at our heartstrings until the very end, Ross makes a last-ditch effort to save his relationship with Rachel and convince her not to move to Paris. Did she get off the plane?