The Wizarding World of J.K. Rowling lives on! The final trailer for Fantastic Beasts and Where to Find Them was released this morning and in it, lots of juicy details for fans to digest about Newt Scamander's adventure in New York on his quest to document the extraordinary creatures that inhabit the non-muggle world. Our hero and his wizardly colleagues (or "witches" as the citizens of 1920's New York fear them) must capture all the beasts that have escaped Newt's suitcase, wreaking havoc on the great city. See for yourself in the thrilling new trailer. 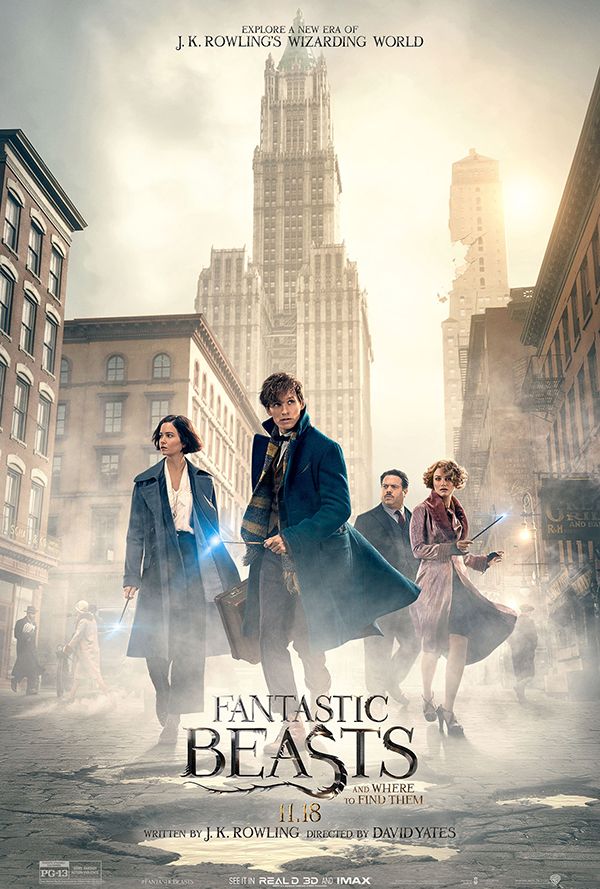 And more good news! As excitement builds for the November 18 release of Fantastic Beasts, fans will be able to join the cast for a special global celebration of film's magic with "A Return to J.K. Rowling's Wizarding World." The worldwide event will kick off on Thursday, October 13, at 8:30 p.m. GMT (3:30 p.m. EDT, 12:30 p.m. PDT) simultaneously in major cities in the US and internationally.

Attendees will be the first to view never-before-seen footage and receive a special commemorative t-shirt and collectible mini-poster. Those attending the London event will have the opportunity to submit questions to Eddie Redmayne, Katherine Waterston, Alison Sudol, Dan Fogler, and director David Yates. In Los Angeles, stars Colin Farrell and Jon Voight will be in attendance. The footage shown, as well as the Q&A, will also be streamed live online at facebook.com/fantasticbeastsmovie so eager fans around the world can share in the excitement. RSVP Today!