Has it really been 20 years since basketball legend Michael Jordan, Bill Murray and Bugs Bunny (along with his Looney Tunes friends) took to the court in Space Jam? Well, yes it has, and to celebrate the November 15 anniversary of the highest-grossing hoops film of all-time, there will be theatrical screenings, a new Blu-ray, and an exciting line of Jordan Brand apparel coming your way in the weeks ahead. 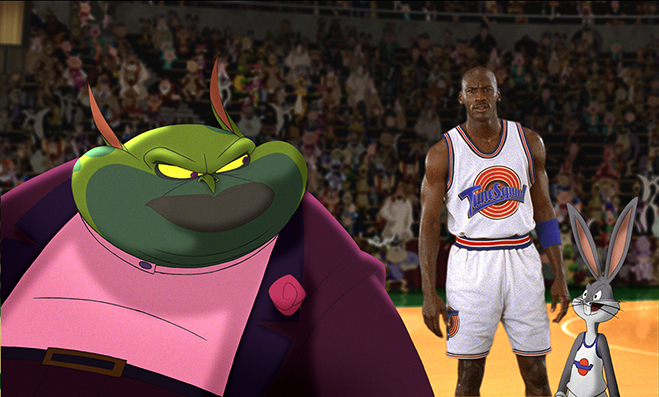 First up is Space Jam’s return to theaters on Sunday, November 13 (at 2pm and 6pm, local time) and Wednesday, November 16 (at 7pm, local time). This special theatrical presentation is brought to you by Warner Bros. Entertainment and Fathom Events, and, as a special bonus, you’ll get to see the hilarious Looney Tunes short, “I Tawt I Taw a Puddy Tat” prior to the screening of the movie. Tickets for all showings are on sale now, so check out the Fathom site to find a theater near you.

Then on the actual day of the 20th Anniversary, November 15, Warner Bros. Home Entertainment is releasing a special Blu-ray Steelbox which includes DVD and Digital HD formats as well as the Blu-ray. The extras include a commentary from director Joe Pytka, along with voice actors Billy West (Bugs Bunny) and Dee Bradley Baker (Daffy Duck). There’s also a Jammin featurette spotlighting Bugs and Jordan, and music videos for Seal’s take on the Steve Miller rock classic, “Fly Like an Eagle,” and “Hit ‘Em High” by B-Real, Busta Rhymes, Coolio, LL Cool J, and Method Man, from the hugely successful Space Jam soundtrack album, which went on to sell more than six million copies. 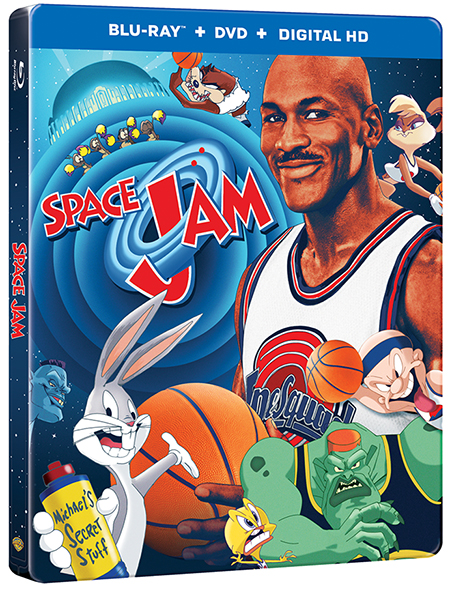 Starting next month, Jordan Brand, in conjunction with Warner Bros. Consumer Products, will be rolling out a series of Space Jam capsule collections of apparel and accessories in stores, highlighted by these Space Jam Air Jordan 11 kicks—as seen in the film—returning to retail shelves just in time for holiday shopping on December 10. Bookmark this page for the latest news on these global merchandising efforts as they come in.

And finally, if you really wanna revisit 1996, the original Space Jam website is actually still online and has become somewhat of an internet sensation over the past few years as people are embracing the still functioning site as if they are passing through some sort of online wormhole to the days of the Information SuperHighway where time has stood still. Visit the site in all its historic glory today! 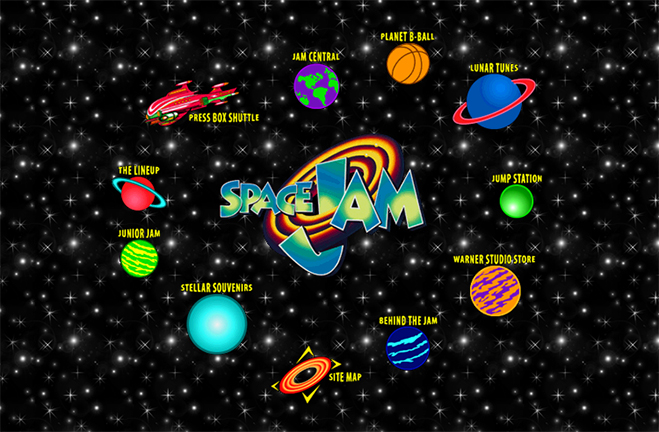