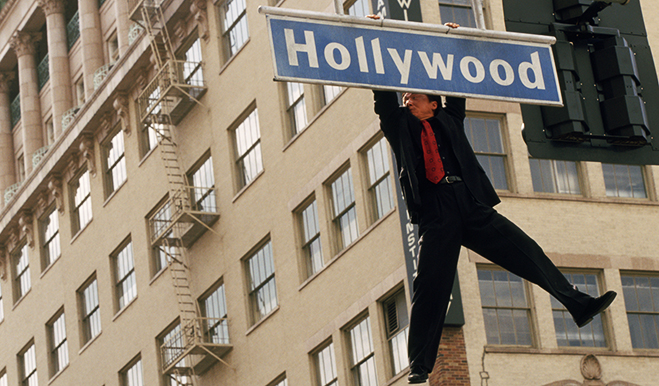 “The Honorary Award was created for artists like Jackie Chan, Anne Coates, Lynn Stalmaster, and Frederick Wiseman—true pioneers and legends in their crafts,” Academy president Cheryl Boone Isaacs said in a statement. “The board is proud to honor their extraordinary achievements, and we look forward to celebrating with them at the Governors Awards in November.”

"[Jackie Chan] starred in—and sometimes wrote, directed and produced—more than 30 martial arts features in his native Hong Kong, charming audiences with his dazzling athleticism, inventive stunt work and boundless charisma," according to the Academy's news release. "Since Rumble in the Bronx in 1996, he has gone on to enormous worldwide success with the Rush Hour movies, Shanghai Noon, Shanghai Knights, Around the World in 80 Days, The Karate Kid and the Kung Fu Panda series of animated films."

As for the Rush Hour Trilogy Blu-ray Collection, this brand new four-disc set includes each of the three films (duh!), but also a treasure trove of extras, including a fourth disc with an all-new featurette with Chan and director Brett Ratner: Brett & Jackie: A Look Back at Rush Hour. Here's the line-up of Special Features for each film, not to mention the custom artwork developed by Mondo exclusively for this collection.

Rush Hour
Special Features:
A Piece of the Action: Behind the Scenes of Rush Hour
Deleted Scenes
Dru Hill "How Deep Is Your Love?"
Heavy D & The Boyz "Nuttin' But Love"
What Ever Happened to Mason Reece
Trailer
Commentary
Music Only Track