Dolly Parton's Christmas of Many Colors: Circle of Love is now available on Digital HD and arrives on Blu-ray and DVD December 20.

Last December, the amazing Dolly Parton delighted viewers and critics alike with her sentimental re-telling of her family's story of struggle and love growing up in the Great Smoky Mountains of rural Tennessee. With Dolly as narrator, viewers were let inside the one-room cabin that housed the ten-member Parton family, and taken on a journey to watch how tragedy, hope and faith could heal a family's suffering. Dolly Parton's Coat of Many Colors was an instant hit upon airing and became the most-watched film on broadcast or cable in nearly seven years. 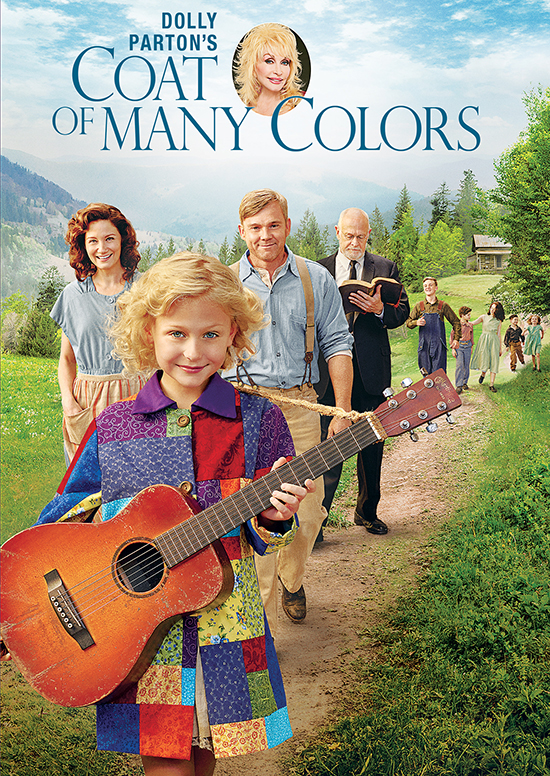 Parton has once again worked her holiday magic and will present Dolly Parton's Christmas of Many Colors: Circle of Love on November 30 on NBC. Based on another touching true story from Dolly's childhood in Tennessee, the movie brings back the original cast from last year with Alyvia Alyn Lind as young Dolly, Ricky Schroder as Robert Lee Parton (Dolly's father), Sugarland country vocalist Jennifer Nettles as Dolly's mother Avie Lee Parton and Gerald McRaney as Dolly's grandfather, Rev. Jake Owens. Dolly herself will have a role in this year's story as The Painted Lady.

In this next chapter, the Parton family is threatened by a blizzard, while Dolly's father struggles to buy his wife a Christmas gift he could never afford. Meanwhile, an important person has surfaced in Dolly's life who may help the songbird find her destiny.