In case you missed this past Friday’s premiere episode of the all-new original YouTube series, DC Kids, you can watch it now and subscribe to the channel to see each and every episode as they rollout each Friday.

The DC Kids series comes to you from Warner Bros. Consumer Products (WBCP) in partnership with DC Entertainment, and produced by Telepictures Productions, the same award-winning team that produces the popular YouTube series DC All Access. Hosted by two DC super-fans—11-year-old Jett Bednar and 14-year-old Analei T. Song—DC Kids will include red carpet interviews, exclusive access to San Diego Comic-Con, behind-the-scenes at Warner Bros. Animation, and even grand openings of DC theme park rides and attractions. Viewers will also see other family-friendly content, including unboxings and demos of the latest DC toys and products. It’s a non-stop party!

Jett and Analei bring a wealth of knowledge of the DC Universe—including Jett’s favorite DC Super Hero Batman and Analei’s favorite, The Flash—as they know everything there is to know about these iconic DC Super Heroes and so much more!

In related news, WBCP is also excited to officially announce the global launch of the all-new Justice League Action: Run mobile app now available in 12 languages on the Apple App Store and Google Play. The app is the ultimate DC destination for kids where they can catch the latest episodes of the new DC Kids original YouTube series, as well as animated videos from the DC universe, comic books, the latest DC news and more. The centerpiece of the app is an exciting mission-based runner-style game featuring Batman, Superman, Wonder Woman and more members of the Justice League. Inspired by the new hit animated series, Justice League Action airing on Cartoon Network, kids can race into the action, complete with iconic super powers, heroic Super-Villain battles, and epic rewards. With new characters, content, and exciting features rolling out all year long, Justice League Action: Run will offer kids endless opportunities to engage and interact with their favorite Justice League characters. 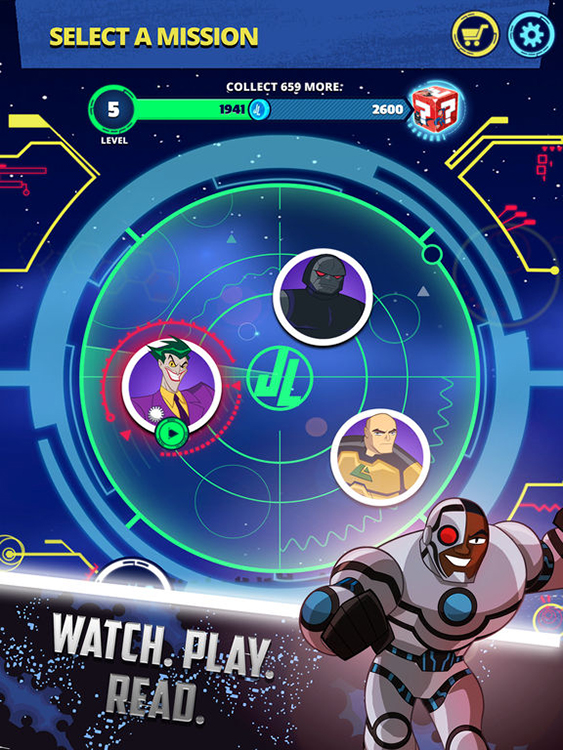 Be sure to also visit the Official DC Kids website.