We join the world today in celebrating International Women's Day (IWD) and are spotlighting some of Hollywood's greatest classic actresses who reflected this year's IWD message #BeBoldForChange. This rare set of images captures some of the best-known women of the day from the 1920s through the 1950s, in moments both candid and staged.

The Broadway Melody of 1929 actress and Oscar winner Bessie Love took an active role in the management of her career, including silent pictures, and worked up through the 1980s. 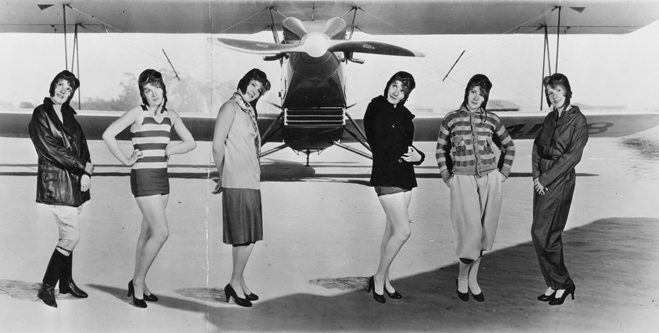 Born Anita Evelyn Pomares, silent film great Anita Page (The Flying Fleet) chose to retire from acting at the age of 23. Legend has it that at the height of her fame she received more fan mail than any other star in Hollywood. This composite image shows Page modeling six various sportswear looks in 1928. 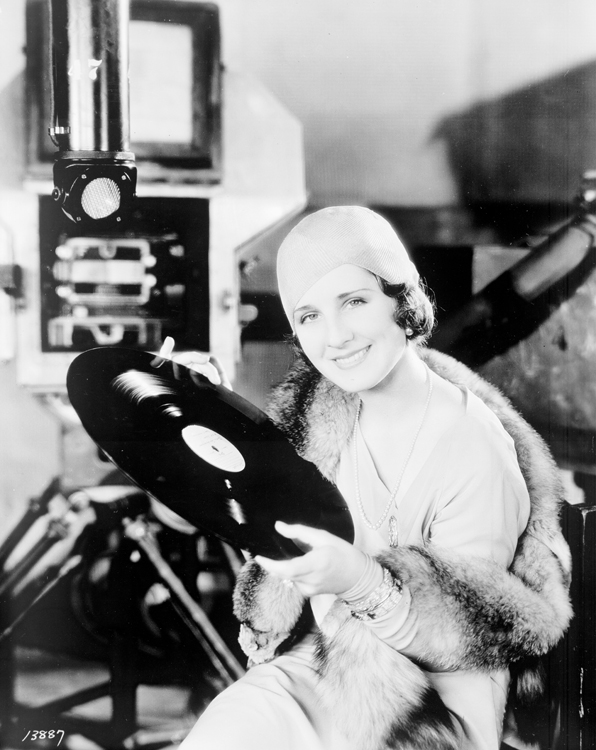 Norma Shearer (The Last of Mrs. Cheyney) was at the forefront of technology in 1929 as she showed off this over-sized "Sound on Disk" album. 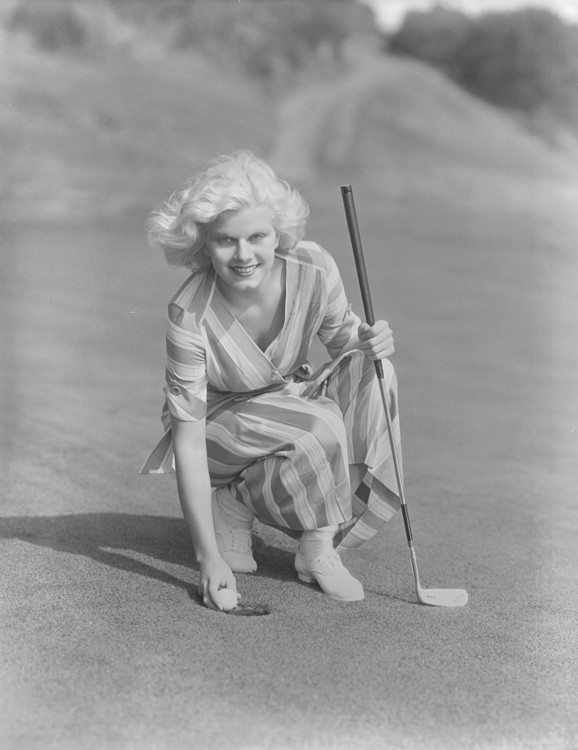 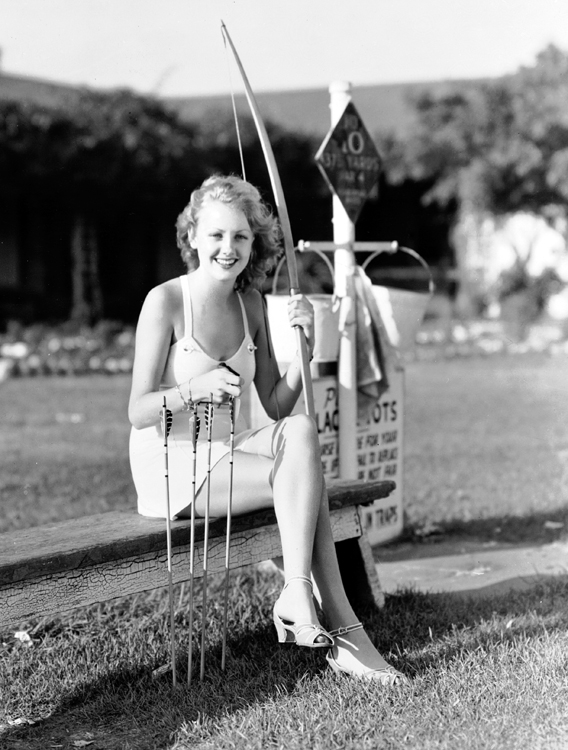 Virginia Grey worked steadily throughout her career and worked opposite such greats such as Joan Crawford in The Women, appeared in The Great Ziegfeld and had a long-term romance with Clark Gable.  But more importantly, upon her passing, Ann Rutherford (These Glamour Girls), who appeared with Grey in Whistling in the Dark remembered her a "nifty lady [who was] blonde and lovely." 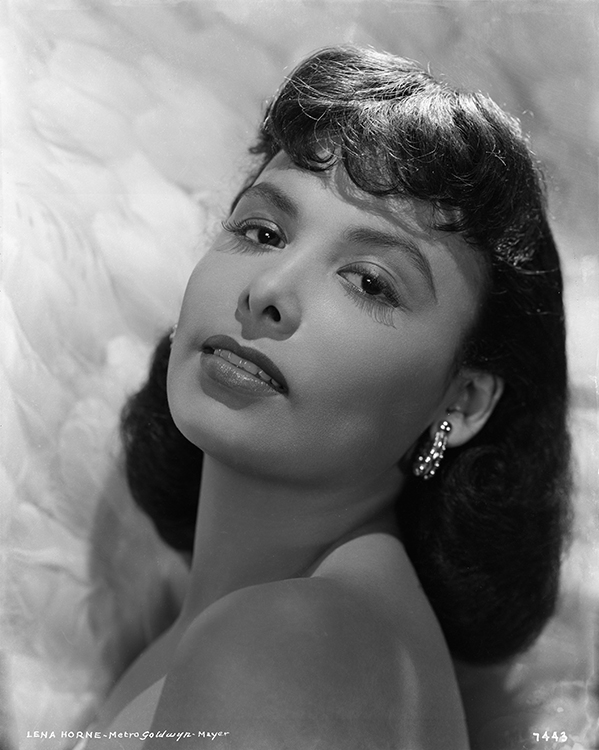 Lena Horne was just beginning her Hollywood screen career when she appeared in a small, uncredited role in Red Skelton's Panama Hattie. The jazz great would go on to become a household name not only for her silky vocals, but also her passionate civil rights activism. 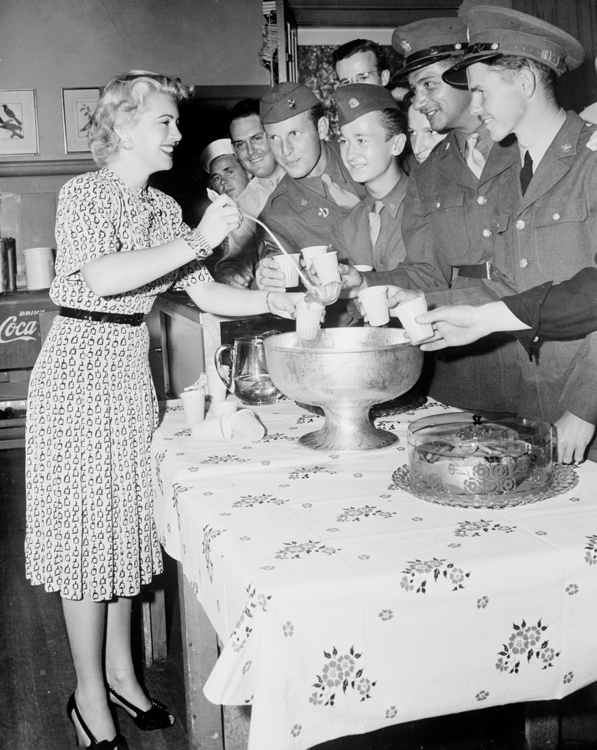 Lana Tuner (Green Dolphin Street) began her acting career at 16 and graduated from high school in between filming obligations. Here, in 1942, she serves punch to World War II members of the armed forces. 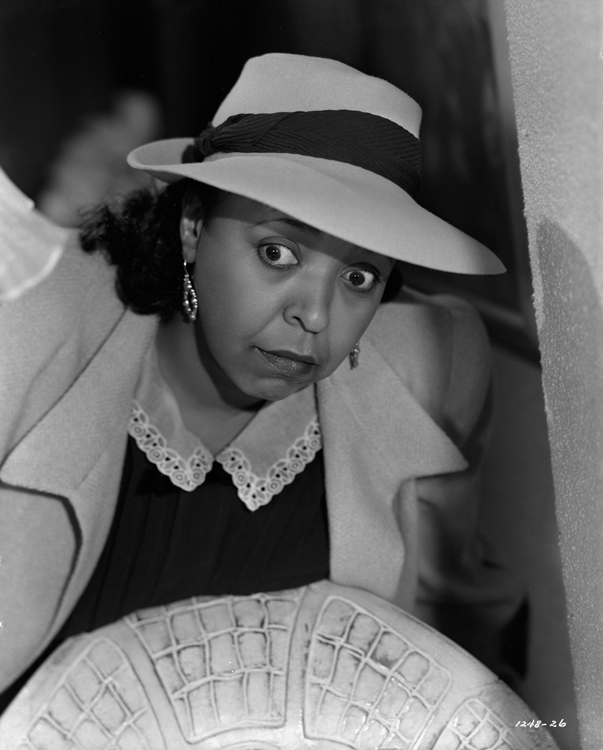 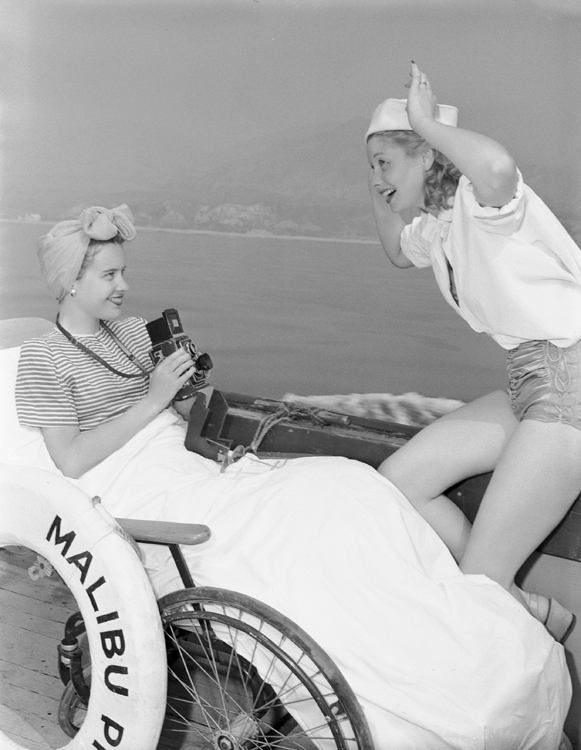 Good friends Susan Peters and Lucille Ball (Mame) spend the day fishing, with Lucy being ever the comedian. 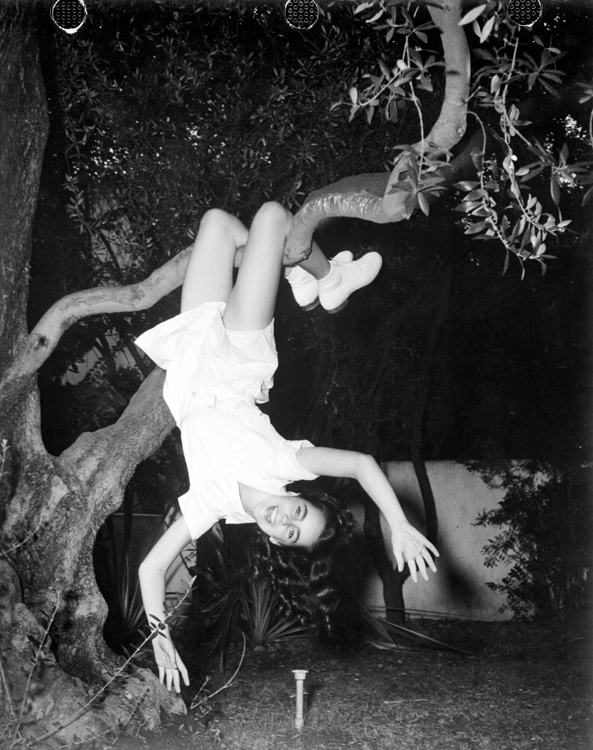 Who knew Elizabeth Taylor (National Velvet) would become a screen legend and outspoken HIV/AIDS activist when this snapshot was taken in 1944? 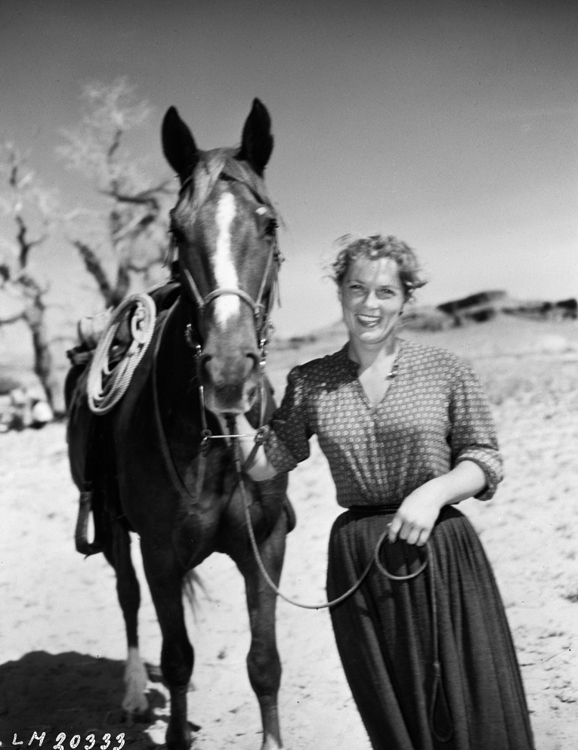 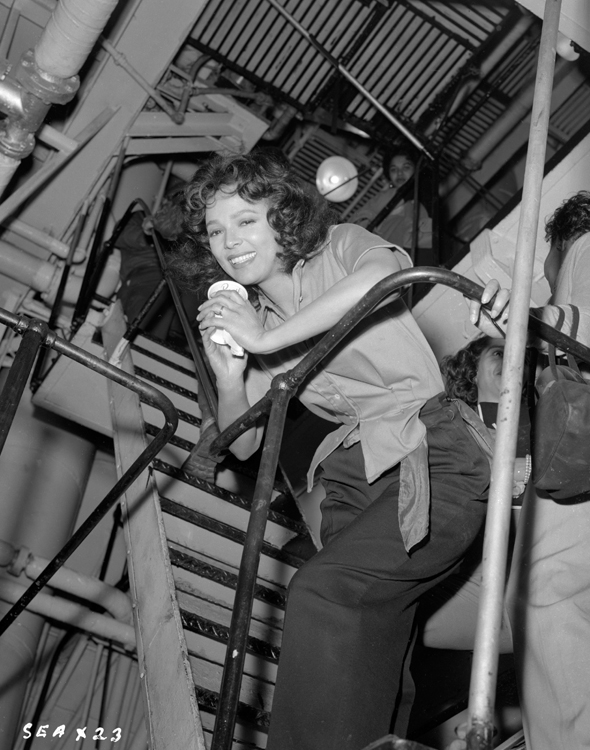 Dorothy Dandridge broke ground as the first African-American woman to be nominated for an Academy Award for Best Actress for the 1954 film Carmen Jones. She was also the first black woman to be featured on the cover of LIFE Magazine. 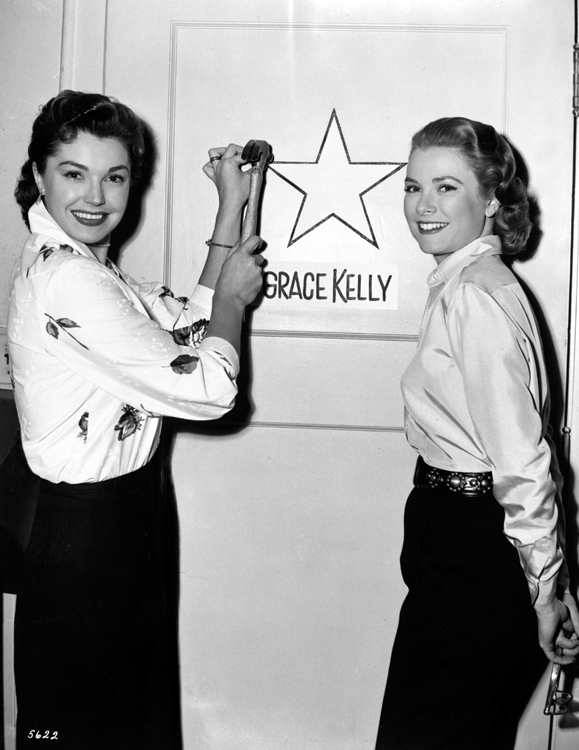 Princess-to-be Grace Kelly gets the star treatment from friend Esther Williams. Kelly was a Golden Globe winner and Academy Award nominee before she retired from acting to become Princess of Monaco at the age of 26. 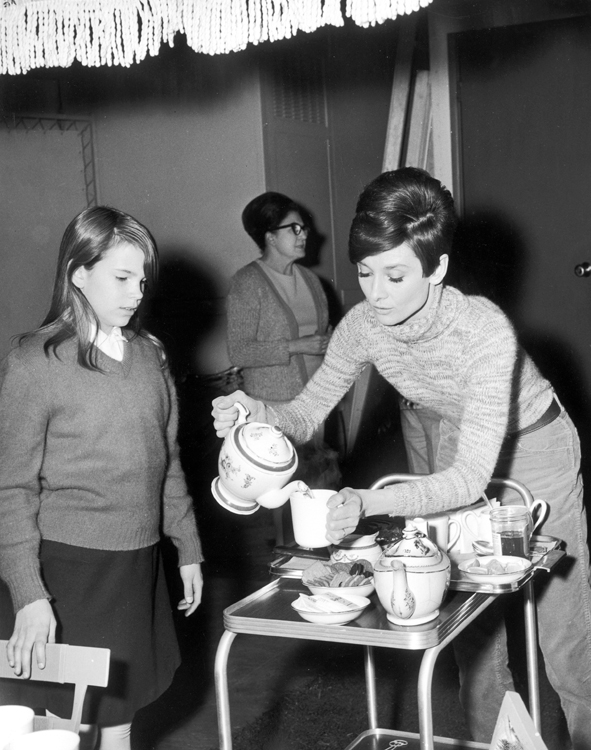 Forever described as humble and kind, here Audrey Hepburn, one of the world's top A-list stars, pours tea for her co-star Julie Herrod behind-the-scenes on the set of Wait Until Dark. Hepburn, of course, always cared for the welfare of children as she would go on to become an ambassador for the United Nations Children's Fund (UNICEF). 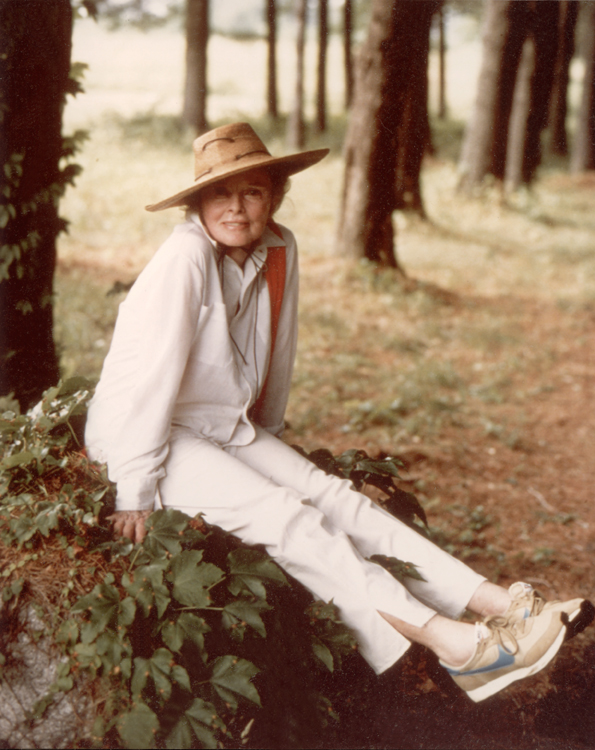 Coming in at #1 on the American Film Institute's Greatest American Screen Legends list, Katharine Hepburn was a force to be reckoned with. From Bringing Up Baby to Out of Africa, no one commanded a screen like Hepburn. Her career spanned 60+ years and included not only the silver screen but the stage and television. Her body of work will forever remain one of the great Hollywood legacies.