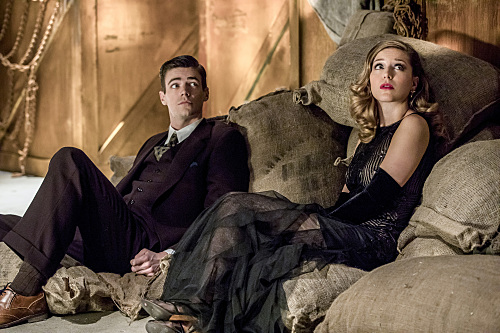 There's mayhem on the horizon and it's musical.

This Tuesday The Flash and Supergirl will once again join forces against a common enemy—this time it's the dastardly Music Meister (we last saw the superheroes pair up against an alien invasion in the epic DC Universe crossover event this past November). Meister will first make his appearance the night before on Monday's Supergirl to set up the action for all the song-and-dance mischief that will go down on Tuesday. Let's back up...

Who is the Music Meister?
He's a villain with the ability to control humans and whammy them into trance and comatose states through song. Glee alumni Darren Criss will be guest starring as Mr. Meister.

This week's The Flash episode is a musical?
Sure is. Minor spoiler alert ahead: The Music Meister whammies both Barry (The Flash) and Kara (Supergirl) into an alternate reality where their powers are gone and life is lived like a musical. The only way to escape is by following the script, complete with singing and dancing, to the end. 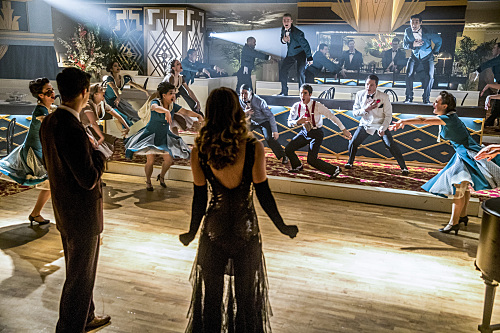 What else should we know?
Songwriters Benj Pasek and Justin Paul, who won this year's Oscar for Best Original Song for La La Land penned a new ballad "Runnin' Home to You" just for this episode to be performed by Grant Gustin (The Flash). Rachel Bloom, star and executive producer of Crazy Ex-Girlfriend also wrote a new number for the show entitled "Superfriends" along with Tom Root.

Supergirl airs Monday at 8/7c on The CW.

The musical crossover airs on The Flash this Tuesday at 8/7c on The CW.