With a combined age of nearly 250 years and just under 400 thespian credits to their collective resume (not to mention two Academy Awards each), Morgan Freeman, Michael Caine and Alan Arkin are nothing short of acting legends. Although, don't use that word around Freeman who told a gathering of journalists recently, "I never call myself a 'legend,'" he said, before adding with his tongue planted firmly in his cheek, "I call myself a 'major internationally famous five-time Academy Award nominated, two-time Academy Award-winning icon.'"

The three veterans of the big screen have been brought together to star in director Zach Braff's Going in Style, a reimagining of the 1979 movie that starred George Burns, Art Carney and Lee Strasberg. This time around, Oscar-nominated screenwriter Theodore Melfi brings a contemporary spin to this comedic tale of three retirees, who look to bank robbery after their pensions are cancelled. The acting trio is also joined by the always beautiful Ann-Margret (with five Golden Globe Awards and an Emmy Award to her credit as well as two Oscar nominations), three-time Emmy winner Christopher Lloyd, John Ortiz, Joey King and Matt Dillon. Credit for pulling together this amazing cast goes to producer Donald De Line, who says, "It’s a marvel to me. We started with a good script by Ted Melfi, who did a great job of reinventing or reimagining Going in Style, and the guys read it and it’s hard not to like it. The script is smart and clever and filled with heart and some real resonance with issues that are going on today, at the same time as being a helluva lot of fun." Caine also admitted to the gathered throng that "the money was good."

Throughout this recent press conference, the veteran actors demonstrated more than a little witty banter between them as they addressed a wide-ranging array of questions.

Ann-Margret: To watch these three, I see them as 17-year-olds. I really do. You know how you can sometimes see a person the way they were when they were teenagers? It’s so much fun and it’s all about friendship. Being the only girl was fantastic. Doing a photo shoot with these gentlemen, they’re making jokes, they’re teasing me. I had a heck of a great time. The woman I’m portraying is full of life and she knows that your life does not end at a certain age.

Alan Arkin: For the past six years, I’ve opened scripts and I say, "Okay, what page do I die on? Oh, I made it up to Page 64, not bad." People ask, "Isn’t that depressing?" And I say, "No, it’s good practice." It’s a weird thing. You hit a certain age and then all the sudden you’re talked about like you’re not a human being. To me, it’s just another version of prejudice. You get talked about as if you’re another species in a way. I’m a little slower than I was when I was 17, but aside from that I just feel like I’m a person. You don’t ask a 36-year-old, “What does it feel like to be 36?” But for some reason when you hit 70, you get asked, “What does it feel like to be 70?”

John Ortiz: It’s really easy to take what you have seen [of actors] on screen your whole life and inflate it. And many times when you meet folks like that, you’re disappointed. This was a great surprise and an affirmation that these guys are men. That’s what they showed me and they weren’t afraid to show that and to be vulnerable and just do the work.

Alan Arkin: We didn’t do any improvising…
Michael Caine: No, we stuck to the script, we’re too lazy to improvise.
Morgan Freeman: Did someone ask a question?
Michael Caine (raising his voice): He said, “Was there any improvisation?” [laughter]
Alan Arkin: This right here shows why there was no improvisation in the movie [more laughter].
Ann-Margret: This went on constantly [during filming].

Morgan Freeman: You are not going to believe this, but off-set we are really not friends [laughter].
Michael Caine: I’m a cook and a gardener, so I'm rather dull. Those are two things you do to be on your own. If you’re always working with 150 people, you go home and do cooking and gardening and you don’t have to talk to anyone.
Morgan Freeman: We didn’t leave the set and go to [each other's] houses.
Michael Caine: No, nobody ever went to anyone’s house. We went to a party together though, didn’t we…
Morgan Freeman: But we were invited as a group to someone else’s house.
Donald De Line: As an objective observer who was on the set every day, these guys had a great time and they spoke between takes and off-time there was a little village where they all sat and there was lots of great conversation and jokes and stories. It was a great set. It had a great feeling and they had a great time together.
Morgan Freeman: Try to remember that he is the producer and he’s trying to maintain the image of this movie.

Advice for Your 20-Year-Old Self 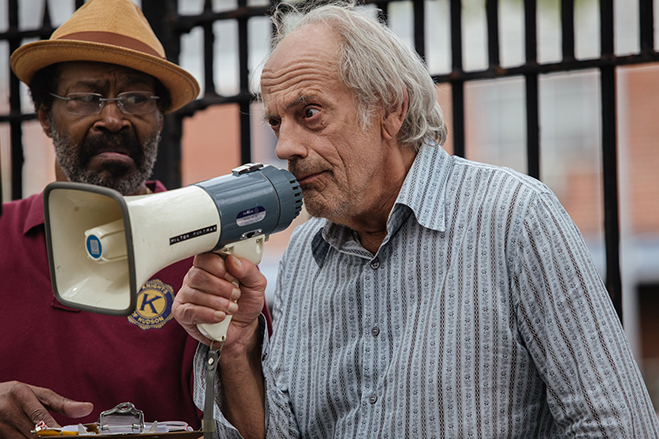 Christopher Lloyd: Make an effort to not have so many marriages. I’m in my fifth at the moment, so I would try to be more economical in that area. 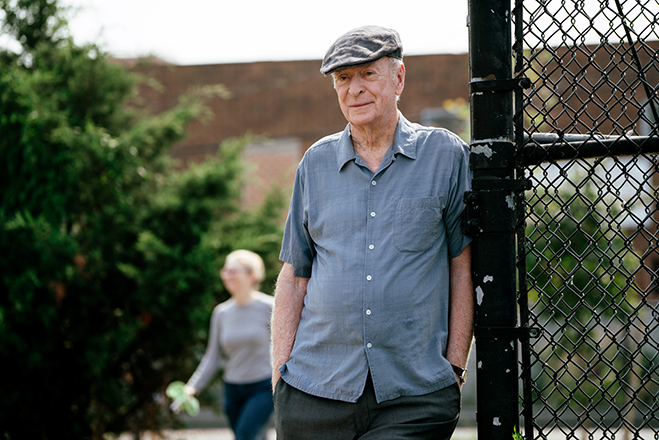 Michael Caine: I would tell him about life being rough. Winston Churchill said, "If you’re going through hell, keep going." 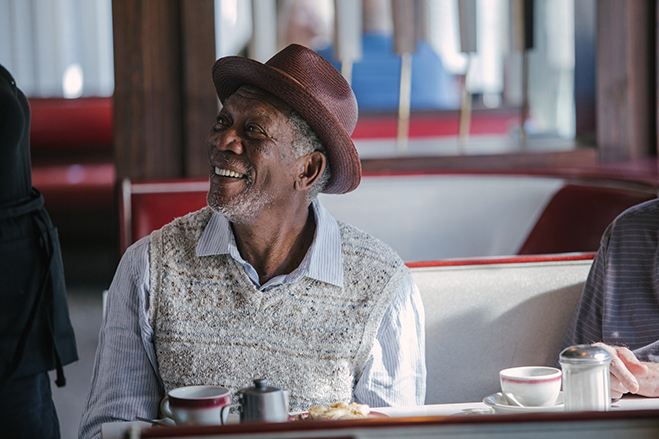 Morgan Freeman: When I was 20, I was in the military, so I think I would tell myself, "Your dreams are gonna come true." And I have never had one that didn’t. 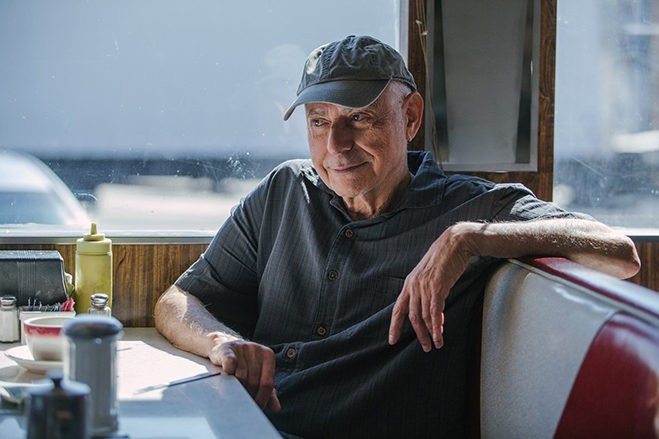 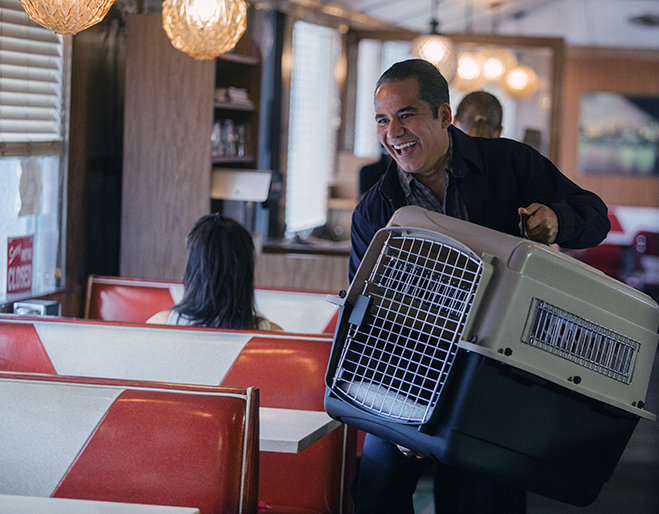 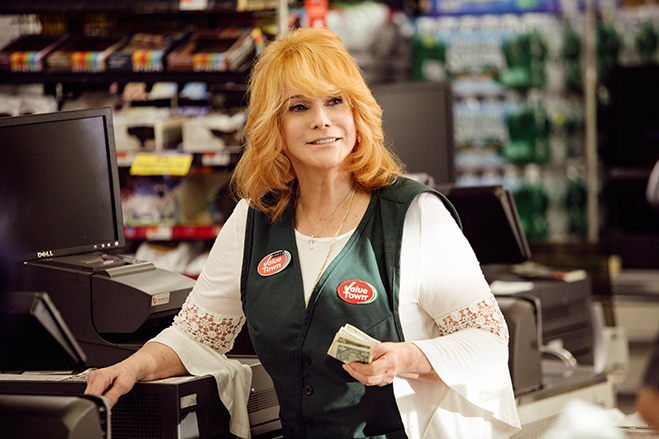 Ann-Margret: I remember when I was 17 years old, I said that I was going to be married one time in my life, and guess what? If we [she and husband Roger Smith] make it to May 8, it will be 50 years…on paper, and off paper, 53…
Alan Arkin: And you call yourself an actress? [laughter] 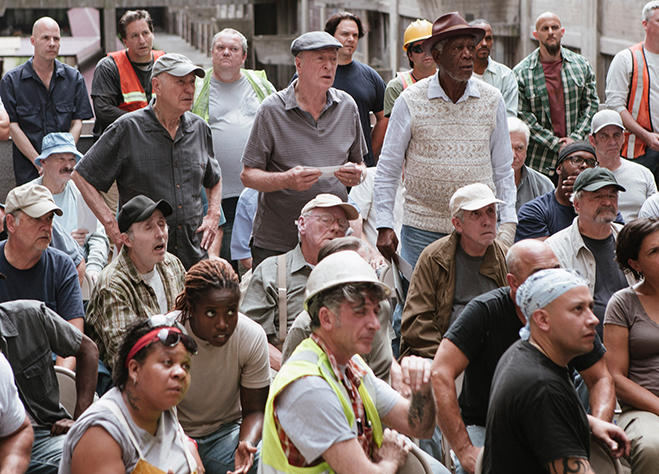 Alan Arkin: We were talking about this at one point and I don’t think anyone of us had a [paying acting] job until we were in our early 30s, so we have good memories [of struggling]...
Morgan Freeman: Yes, very good memories. That is not something you forget in life. Been there, done that, know all about it.
Michael Caine: If it’s tough enough, you never forget it.
Morgan Freeman: I can think of two or three things that keep you working when you are at the very limits of your endurance. My experience is that friends would say, "No, you can’t quit." I was on the very verge of going to a taxi/limousine service to get my license when I got a job from Paul Newman. You just gotta keep going.
Ann-Margret: You did do Driving Miss Daisy…[laughter]

In what promises to be the feel-good comedy of this young year, Going in Style rolls into theaters nationwide this Friday.