With the Injustice 2 videogame, the long-awaited sequel to 2013's massively popular Injustice: Gods Among Us, arriving in stores next month, DC Entertainment will be releasing an all-new Injustice 2 comic book series that arrives digitally next Tuesday (followed by a twice-monthly print periodical beginning in May). Injustice fans can dive into the earth-shattering universe before the game launch via the prequel comic, which will debut new chapters every week. DC also announced that fan favorite artist Bruno Redondo will join series writer Tom Taylor as the book’s lead artist.

Redondo previously worked with Taylor on the hugely successful Injustice: Gods Among Us comic book series in 2013 and has recently reached an agreement with DC to create comic book content solely for the company’s DC and Vertigo imprints.

In a press release, Redondo said:

Returning to Injustice and working with Tom again feels like a homecoming. Much of the work I’m most proud of is what Tom and I did during the first comic and it feels great to come back. Tom is one of my favorite writers and one that I enjoy working with the most. We have a similar understanding of the characters, the drama and the humor, which I think helped make the first series so successful. Working in the Injustice universe allows us to do so many things we’re unable to do in any other comic and I can’t wait for fans to see what we have in store for Injustice 2. 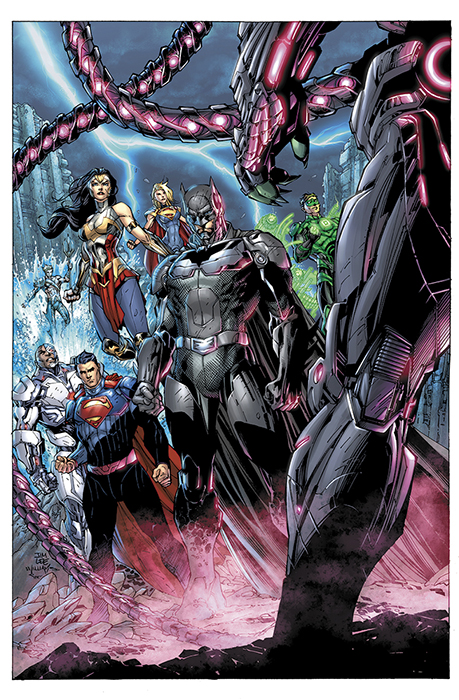 Series writer Tom Taylor had this to say:

I am so excited to continue working with Bruno Redondo. He's a good friend and an incredible talent. I think Bruno 'gets' me as well as any artist ever has. We compliment each other well, and Bruno lifts Injustice up with every stroke of his pen. As a former theatre director and performer, my main focus is always on how well our characters 'act' on the page. Bruno brings so much emotion to the page, nailing the low points and the high. His characters breathe, and he's just as comfortable delivering big action and shocks as he is with my ridiculous humor.

The prequel comic book storyline will look to bridge the gap between the first Injustice videogame and next month's Injustice 2 game. Taylor previously noted, "Our overarching goal is to tell one complete story between the comics and the games. There are a lot less ‘Gods Among Us’ in Injustice 2 than when we started our story, but we hope to join Batman and the world's finest Super Heroes in cleaning up the mess an evil Superman and his regime left behind."

The Injustice: Gods Among Us videogame was an immediate and major hit with fans in 2013 (selling nearly half-a-million copies in its first month) and critics (winning multiple “Fighting Game of the Year” Awards). The Injustice 2 videogame is the super-powered sequel from the award-winning NetherRealm Studios and Warner Bros. Interactive Entertainment and features a massive roster of DC Super Heroes and Super-Villains and allows players to build and power up the ultimate version of their favorite DC characters. Injustice 2 will be available for the PlayStation®4 computer entertainment system and Xbox One on May 16.