The final nominees for the 21st Annual Webby Awards have been announced and you can start voting until April 20. Established in 1996 during the Web’s infancy, the Webbys now honor online excellence in six major media types: Websites, Film & Video, Advertising, Media & PR, Social, Mobile Sites & Apps and Podcasts & Digital Audio. Presented by the International Academy of Digital Arts and Sciences (IADAS)—a 2000+ member judging body, the Webby Awards present two honors in every category: The Webby Award and The Webby People’s Voice Award.

This year five different Warner Bros. productions received nominations for their online presence with The Ellen DeGeneres Show, Fantastic Beasts and Where to Find Them and Sully each receiving two nods. Congrats to all these nominees:

In the "Social" category, Ellen was nominated for Celebrity/Fan. Her ellentube channel also was nominated in the "Website" category for Media Streaming.

Also in the "Social" category, Fantastic Beasts received a nod for Best Use of Video. The latest entry in J.K. Rowling's Wizarding World was also tapped in the "Film & Video" category for VR: Gaming, Interactive, or Real-Time (Branded).

In the "Website" category, Clint Eastwood's Sully received a nom for Movie & Film, and also in the category of "Mobile Sites & Apps" for Entertainment.

The hit HBO series Westworld was nominated in the "Advertising, Media & PR" category for Media & Entertainment. 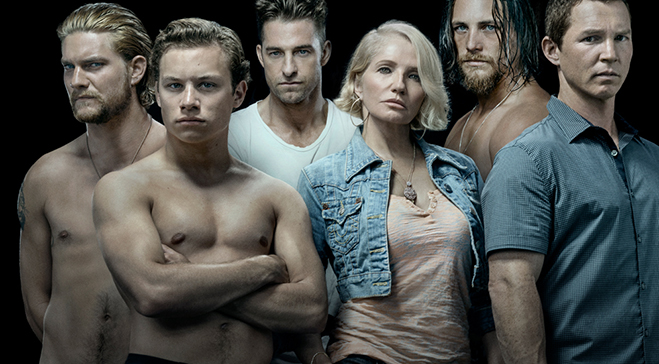 Finally, the TNT series Animal Kingdom, which returns for its second season premiere on May 30, was also nominated in the "Advertising, Media & PR" category for Social Media Campaigns.

Remember, you can vote until April 20, although you will have to Register with the Webby website in order to do so. Winners are expected to be announced in May.