You know the saying, "Always be yourself...unless you can be Batman." But what about the rogues, baddies and villains on the outskirts of society who keep heroes like Batman in business? The Joker—already pretty evil himself—met the baddest of the bad when he traveled to The Phantom Zone in this year's The LEGO Batman Movie. There were so many "guest stars" as part of the Joker's crew down on Earth and up in "The Zone" we wanted to have a little fun and pull our Top Ten villains who made their bricky cameos in The LEGO Batman Movie. Here they are in their original incarnations. The LEGO Batman Movie is currently available on Digital and makes its Blu-ray and DVD debut next Tuesday, June 13.

10. The Wicked Witch of the West 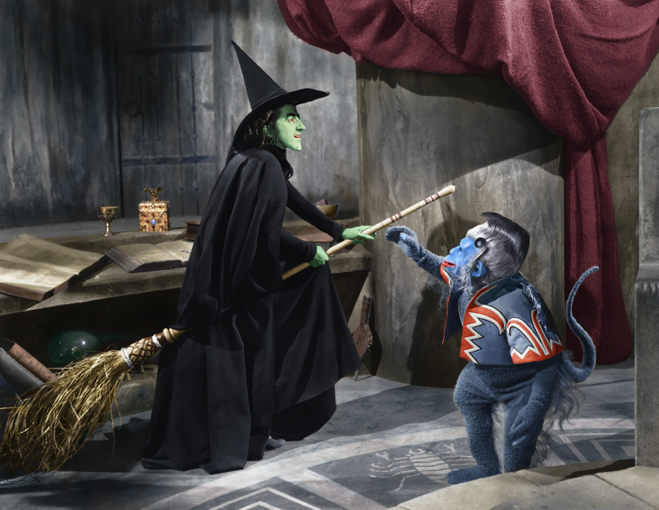 The Wizard of Oz—If you weren't afraid of the Wicked Witch (played by Margaret Hamilton) or her flying monkey minions (who are also up there in the Phantom Zone) as a young kid, well, you were braver than us. Her reign of terror over Oz and her campaign to seek revenge against Dorothy Gale definitely puts her on the Top Ten Villains list. She has "Wicked" right in her name, after all. 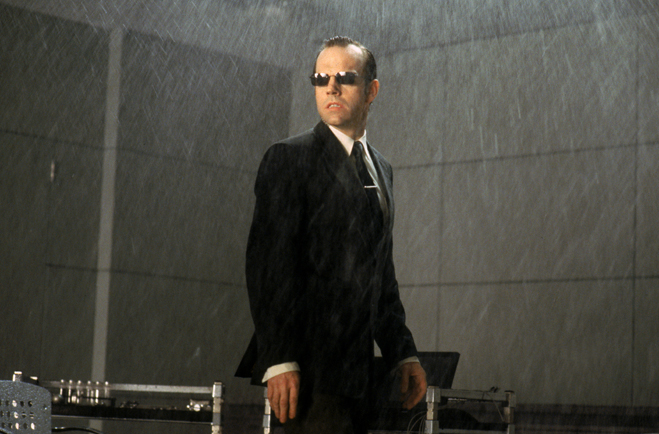 The Matrix—He's an Agent of the Matrix and a computer virus. Ugh. Need we say more? 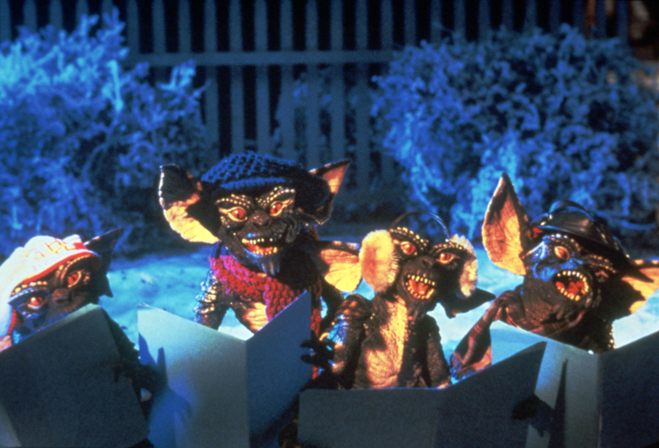 Gremlins—Don't they look cute in their little earmuffs and knitted caps caroling their cold, demonic hearts out? It's all a lie. Never trust a Gremlin. They'll take you (and any other Gremlin) down just for the fun of it. 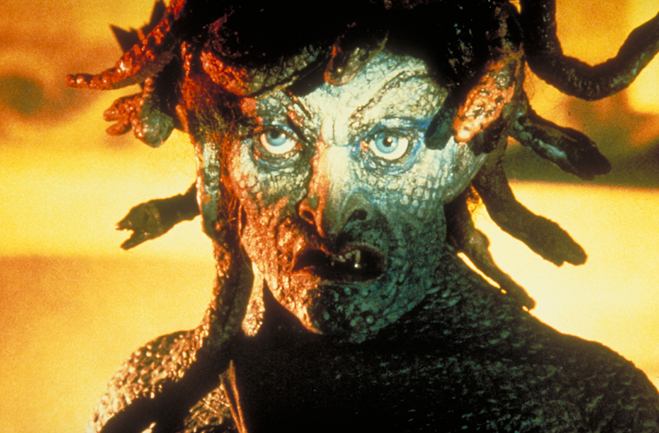 Clash of the Titans (1981)—This snake-haired Gorgon will turn men to stone with just one look at her visage. Misunderstood loner or venomous-haired, murderous monster? Mythology has a lot of different takes on the tale of Medusa but in Clash of the Titans she was definitely on the wrong side of history, so we're including her in our Top Ten. 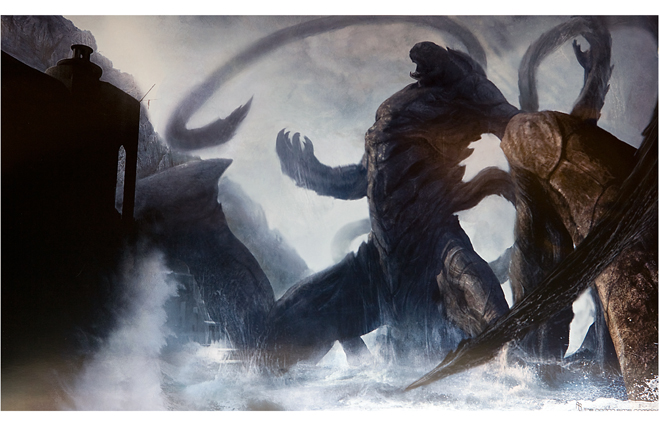 Clash of the Titans (2010)—"Release the Kraken!" became a catchphrase of 2010 and for good reason. This seemingly undefeatable legendary sea monster left no prisoners. Fond of drowning and eating sailors that dared interfere in its waters, the Kraken was not to be trifled with. 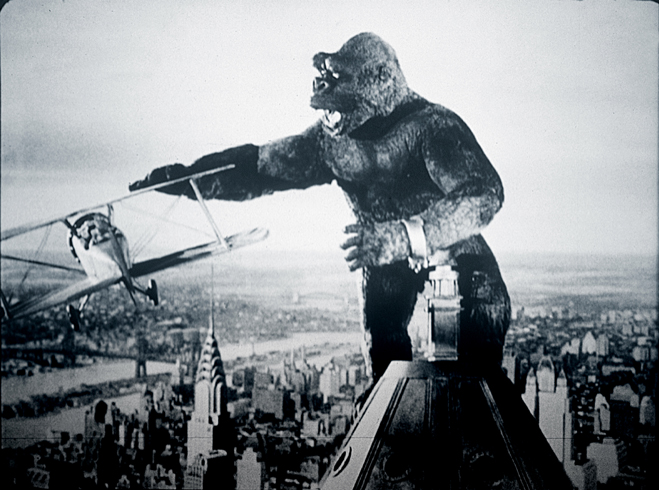 King Kong—The King of the Apes! Don't get on his bad side—this giant gorilla has a fiery temper and can swat away incoming planes like a common housefly and scale the Empire State Building. 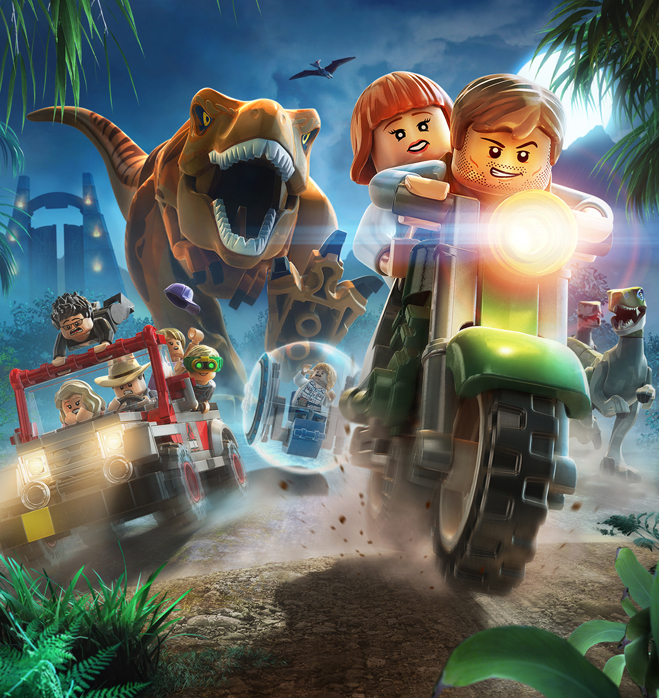 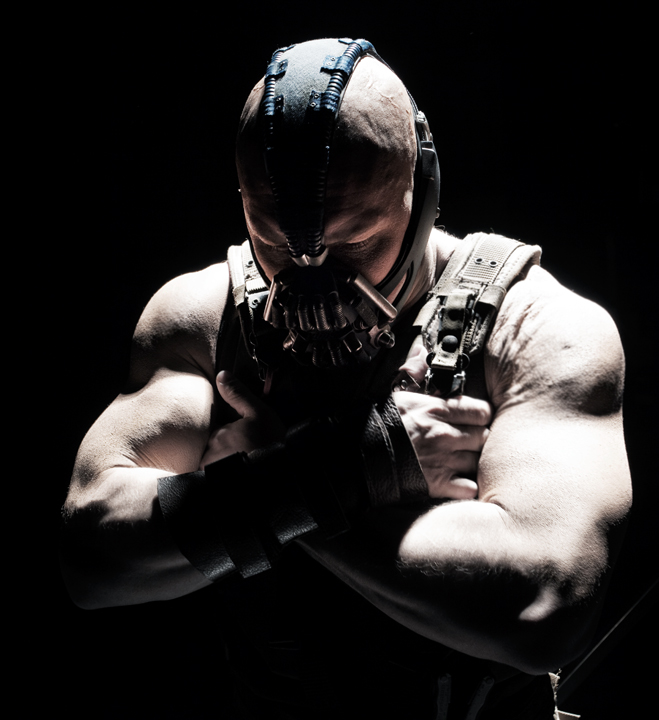 The Dark Knight Rises—“Oh, so you think darkness is your ally? But you merely adopted the dark. I was born in it, molded by it." Bane (as portrayed by Tom Hardy) sends a shiver down our spine with his chilling portrayal as the commander of the League of Shadows intent on bringing terror to Gotham.

2. The Eye of Sauron

The Lord of the Rings: The Return of the King—The Dark Lord Sauron led armies or Orcs, slaves, Nazgul and all other manner of terrifying creatures with his evil powers for the purpose of Middle-earth domination. He is (almost) the worst of the worst. 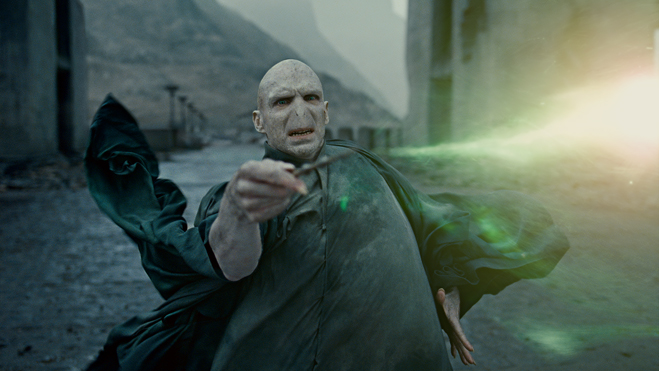 Harry Potter and the Deathly Hallows: Part 2—When Hagrid warned Harry that some wizards go bad it was this wizard he was referring to. The dangerous Dark Wizard Lord Voldemort. As head of the Death Eaters, Voldemort aims to achieve supremacy in the Wizarding World and rid it of all Muggles. Even Potter author J.K. Rowling herself describes him as "the most evil wizard for hundreds and hundreds of years." We definitely wouldn't want to go wand-to-wand with him and that's why we've crowned Lord V as our #1 Bad Guy. Congrats?