Snatchers is a good reflection of the Stage 13 mantra, which is one of fearlessness and rebellion as noted on its website:

United by a mindset, not an age, race, or orientation, we don’t care about how old you are, the color of your skin, or who you kiss. All we care about is fearlessly being yourself. That means we’re gonna be real with you, we’ll get pretty weird, and we’ll make sure you have a good time. No judgments. No apologies.

In breaking news, we have just learned that Stage 13's stoner comedy series, High & Mighty, just won the "Audience Award for Web Series" at the 2017 L.A. Film Festival. The eight-episode series created by writer Cesar Mazariegos and directed by Carlos Lopez Estrada follows the exploits of a lovable lush who discovers he just may have super powers...but only when he's drunk or high. Congrats to the cast and crew!

With a mix of scripted and unscripted shows on tap this year, Stage 13 is covering the spectrum of content that is “funny, wild, fearless, inspiring and daring.” In addition to today’s premiere of Snatchers, other Stage 13 scripted shows coming online are: 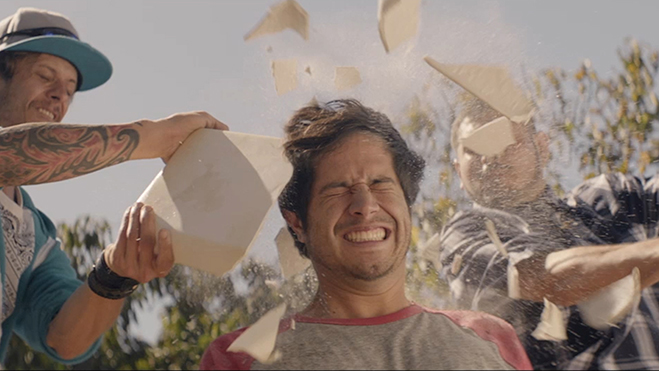 The Incredible Life of Darrell

And on the unscripted side from Studio 13, look for: