The backlot at Warner Bros. was bursting with Wonder women yesterday as Warner Bros. Studio Tour Hollywood hosted a media event to unveil its new Wonder Woman addition to DC Universe: The Exhibit. The new display gives fans the unique opportunity to fully immerse themselves into the world of the film. For the first time, guests will be able to view a collection of authentic props and costumes from the movie, including Wonder Woman’s Lasso of Hestia, armor, tiara and signature sword.

Before the grand opening, the panel of cast members took a quick stroll down memory lane recalling some of their favorite moments on set. Dechelle engaged the crowd, recounting how she filmed the famous Diana "shield slide" scene in multiple takes. "After doing it, of course, it's different than seeing it. And after seeing it just looks like an elegant move for her, embracing Wonder Woman. I had so many favorites. But that would be my top!"

Facchinello emotionally detailed the process of ten months of training and shooting for the battle scene on Themyscira's shores. "It's one of the most beautiful sights you've ever seen. Shoulder-to-shoulder with these beautiful horses, talented horse riders, these talented women fighting next to you...that surreal feeling of being on the beach, feeling the sand, feeling the armor, and the beautiful tiaras that we were all given. It was all such an experience. It was part of a sisterhood."

Once inside the exhibit, visitors are taken to the heart of Wonder Woman straight away. One only needs to take a few steps and the Godkiller sword is the focal point of the exhibition, literally and figuratively. And treasures from the film elegantly fill the space with new surprises at every turn. 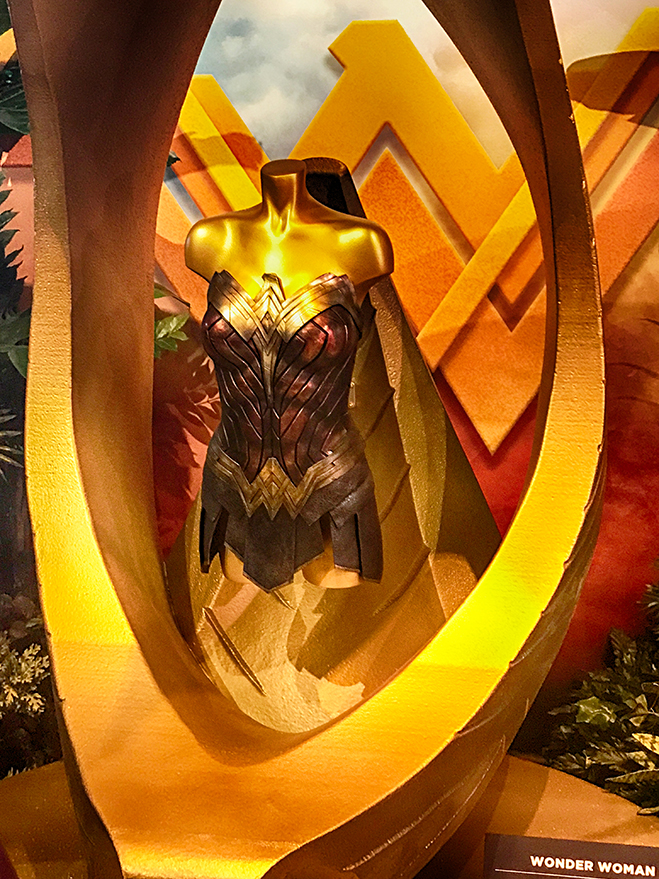 A Wonder Woman classic is on display. 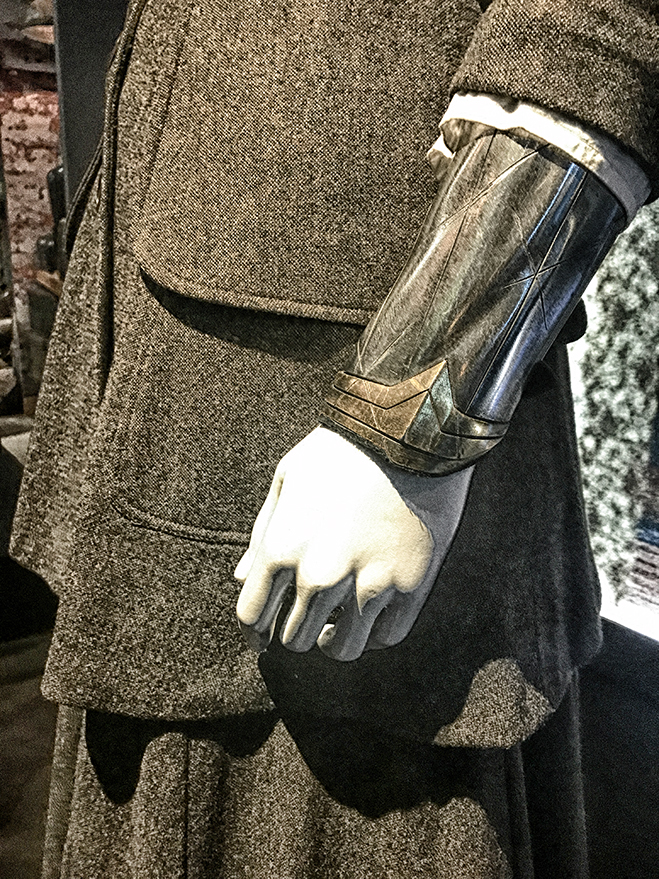 The bracelet that stopped a bullet dead in its tracks. 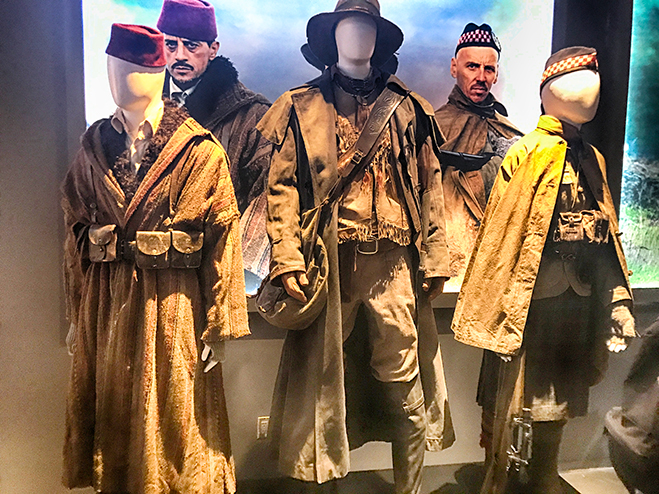 Costumes of Diana and Steve Trevor's scout party and friends: Sameer, The Chief and Charlie. 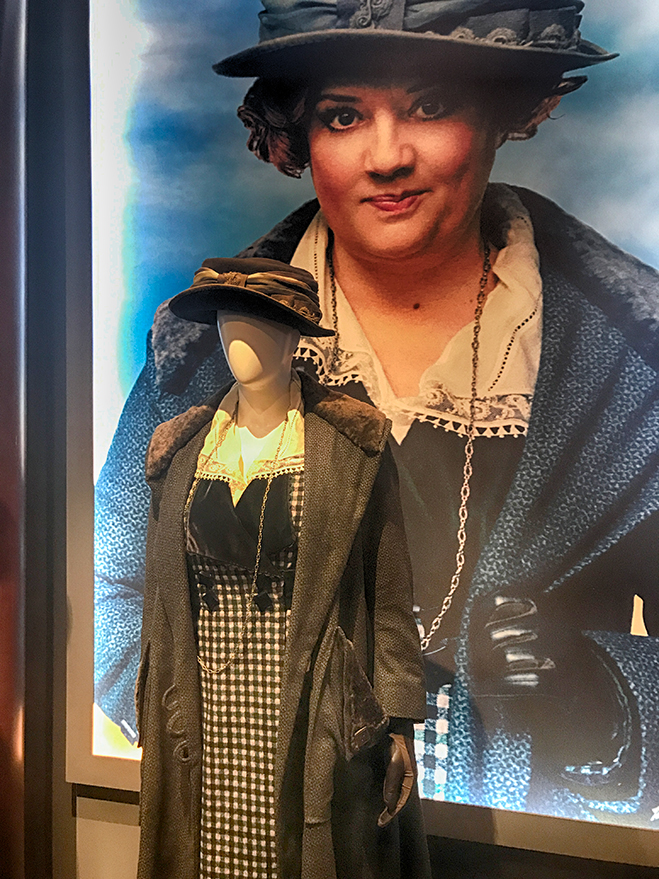 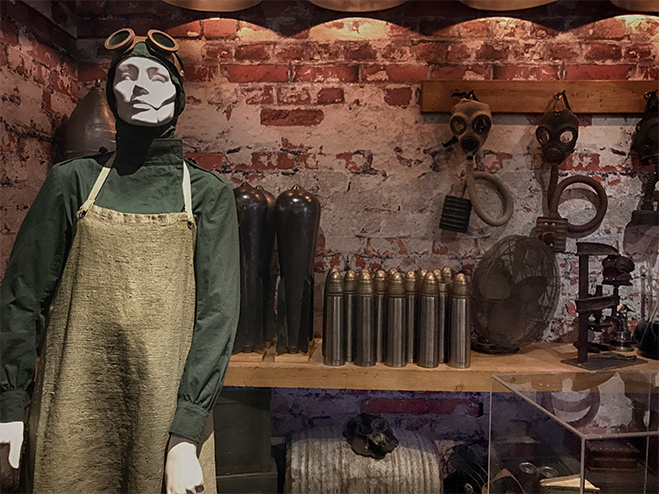 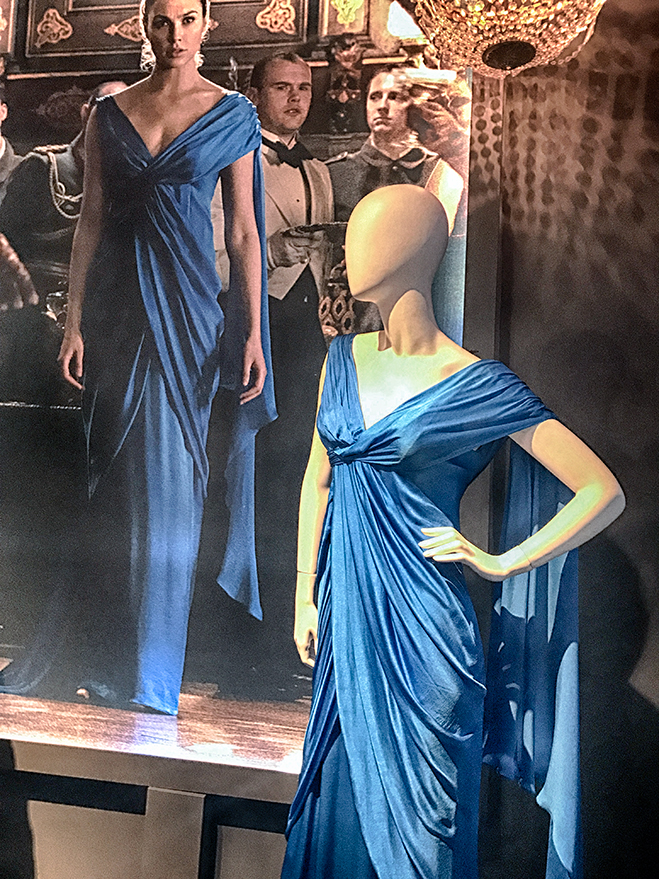 Diana's blue dress that led a social media revolution with the hashtag #WonderWomanGotYourBack is prominently displayed.

This is all just a small taste of what visitors can see as part of the new showcase. For tickets and more information, click here. The exhibit is now open to the public.

And there's more good news for Wonder Woman and Gal Gadot fans. The release date for Wonder Woman 2 is set for December 13, 2019. That may seem far off but remember, good things come to those who wait!