The brightly rouged cheeks, lips pulled back into a constant but insincere smile, menacing hollow eyes that seem dead yet human all at once. A once innocent doll went from a beloved child's toy to a conduit for the demonic underworld. Her name is Annabelle and she wants your soul.

Those who have seen any of the films in The Conjuring Universe are familiar with Annabelle. She's the common thread running through each of them. It was because of Annabelle's malevolent spirit and the terror she wrought upon her unsuspecting victims in the opening scenes of The Conjuring that introduced the world to paranormal investigators Ed and Lorraine Warren. Now the doll that just won't die is back for another play date starring in her second feature film. Annabelle: Creation delves into her origin story from a lovingly hand-carved and assembled doll by artisan toymaker Samuel Mullins (played by Anthony LaPaglia) to a soul-stealing, evil incarnate demonic presence with its sights set on a group of innocent orphans. Special screenings start today and the film opens everywhere tomorrow, August 11.

To get yourselves good and scared, why not take a look back at the little knee-high troublemaker from her on-screen debut in 2013's The Conjuring to this year's Annabelle: Creation fright fest? Annabelle is waiting for you. 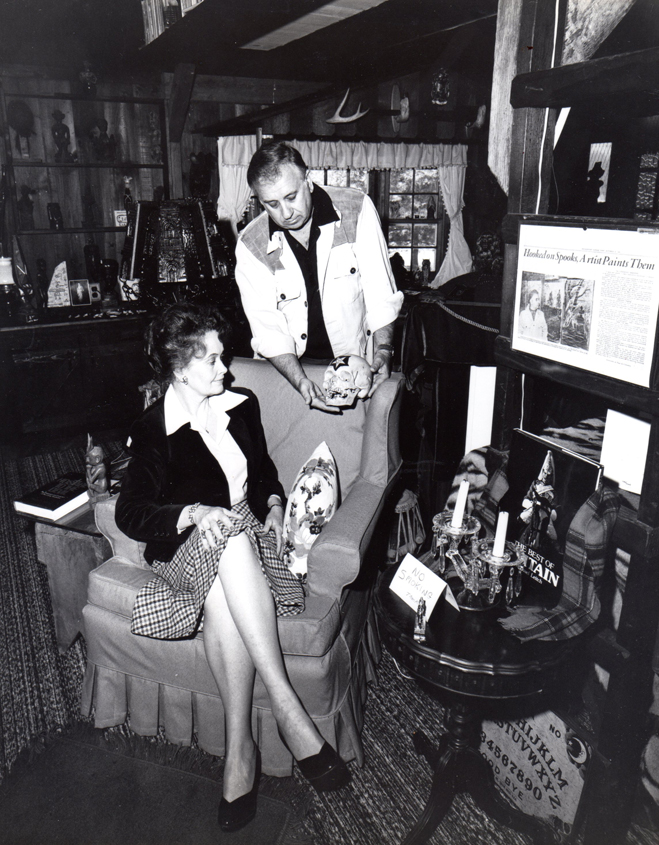 Photograph of real-life paranormal investigators Lorraine and Ed Warren, who took on the Annabelle case in 1971. The original doll is still locked up firmly in the Warren's Connecticut occult museum and blessed by a priest twice a month. (Ed Warren passed away in 2006 at the age of 79.) Lorraine states unequivocally that the doll is "haunted and evil." 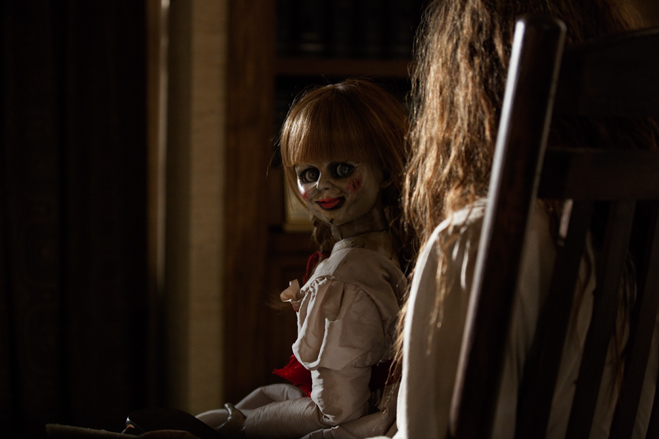 Proceed with extreme caution! Here, Annabelle sits on the lap of the witch Bathsheba in The Conjuring. 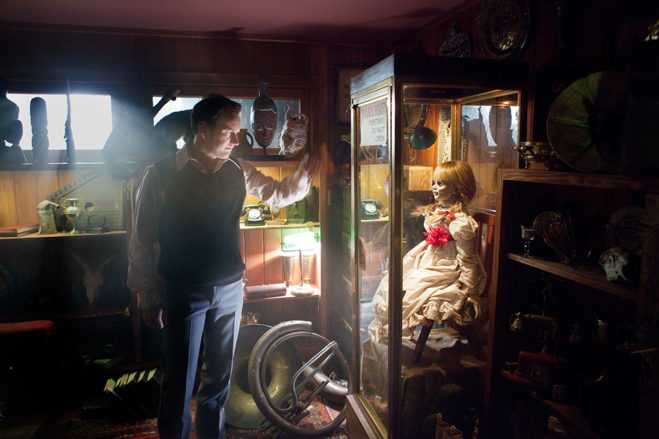 Patrick Wilson as Ed Warren looks in on Annabelle locked away in her glass case. 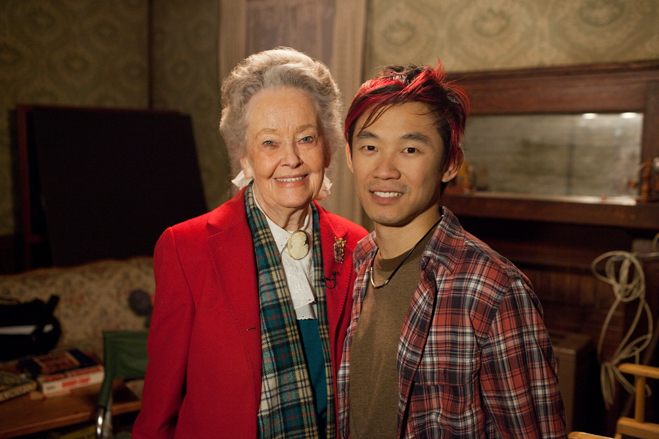 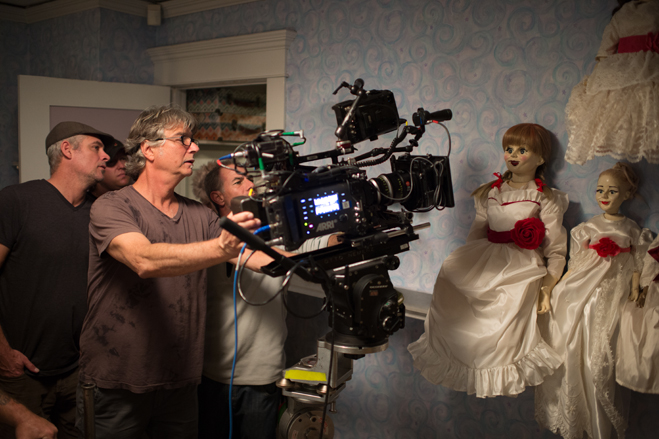 Annabelle doesn't look so intimidating when she's around other dolls... 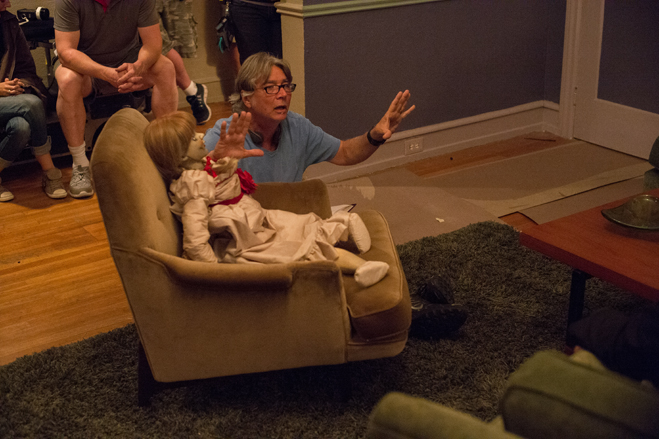 ...or taking five in her favorite easy chair.

But don't get too comfortable. Annabelle is looking for a soul to steal after all, and she can be very persuasive. Here she nearly convinces Mia Gordon (played by Annabelle Wallis) to jump to her death. 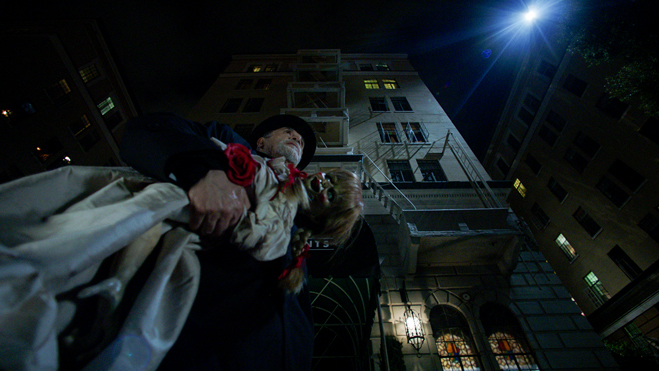 Even a man of the cloth was no match for the evil entity. When Father Perez (played by Tony Amendola) tried to spirit Annabelle away from the terrorized Gordon family, the demon found a way to put the good Father in the hospital by means of a car accident. 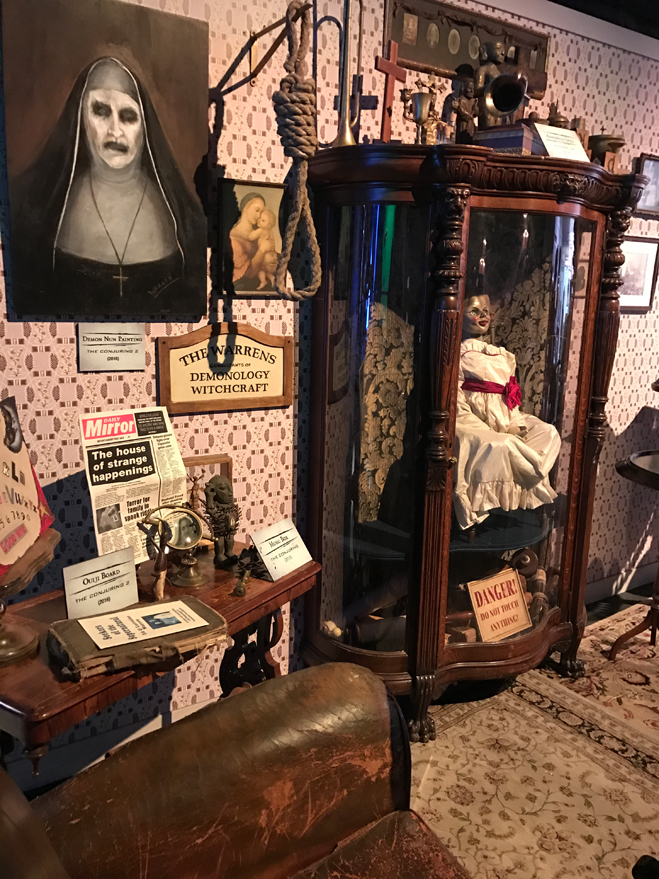 Annabelle appeared briefly at the end of The Conjuring 2, from the confines of her display case. This past October, Warner Bros. Studio Tour Hollywood featured the doll, along with other props and set pieces from the film as part of its Horror Made Here exhibit. 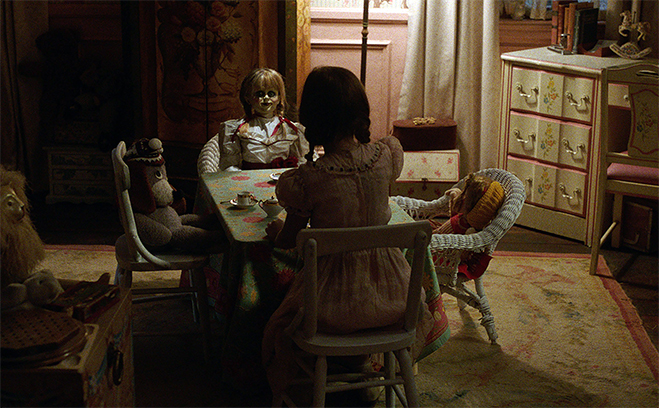 Are you ready to face Annabelle again? Don't worry, she'll find you even if you're not. Evil takes many forms beginning today.

There's more to come from The Conjuring Universe. It was announced in May that The Nun will be the next dark corner explored in the world of The Conjuring's occult and paranormal. The demon nun Valak played a major role (and creeped us all out for days) in The Conjuring 2 and will now have her story explored in depth. 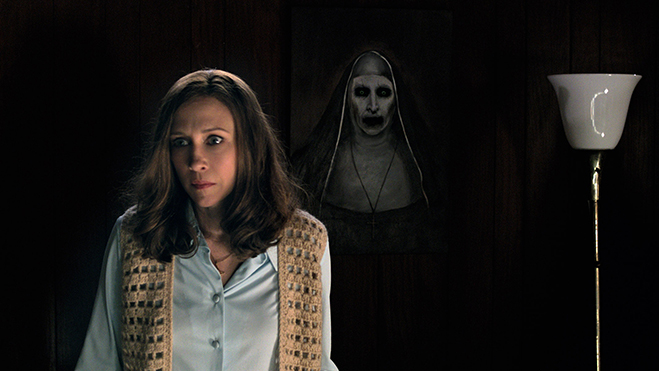