“When the lights in the Chuck Jones Theatre went down for the annual patrons screening here, [Telluride Film Festival] co-director Julie Huntsinger quickly introduced Oscar winner Ben Affleck, who in turn introduced his new dramatic thriller Argo, the third feature he has directed. Two hours later, the audience gave a rousing ovation to the movie, which appears to me to be a very solid contender to score a best picture Oscar nomination.” - Scott Feinberg, The Hollywood Reporter (August 31, 2012)

Not only was Feinberg right about Argo receiving a “Best Picture” nomination at the 2013 Academy Awards, but the Affleck-directed/starring thriller went on to win the coveted “Best Picture” Oscar, as well as “Best Adapted Screenplay” and “Best Film Editing”. The film also won “Best Picture-Drama” at the Golden Globes.

The electrifying buzz that came out of the Telluride Film Festival five years ago today about this true story—that could only be told after the actual political events in 1979-80 had been declassified—only grew stronger when the film debuted in U.S. theaters in October of 2012. In fact, the word-of-mouth was so strong that, in a rare occurrence, Argo would not sit atop the box office until its third week of release. All told, Argo would pull in more than $230 million against a modest $44 million budget. Critics and audiences were in agreement as well as the film scored a 96% critics rating on Rotten Tomatoes and a 90% approval rating from the public.

While the film did receive some criticism for some historical inaccuracies, the bigger controversy at the time was centered around Affleck not receiving an Oscar nomination for “Best Director,” though he did win that award at the Golden Globes. The Hollywood press made the “Affleck Snub” major news leading up to the Oscars in 2013, but the future Batman kept his sense of humor, saying: “I also didn’t get the acting nomination, [but] no one’s saying I got snubbed there.”

Argo is now available on 4k UHD Blu-ray and Digital UHD. The riveting opening sequence of the United States Embassy being taken over by Iranian revolutionaries is reason enough for the UHD upgrade. One of the most intense scenes ever captured on film in our opinion. Wow! 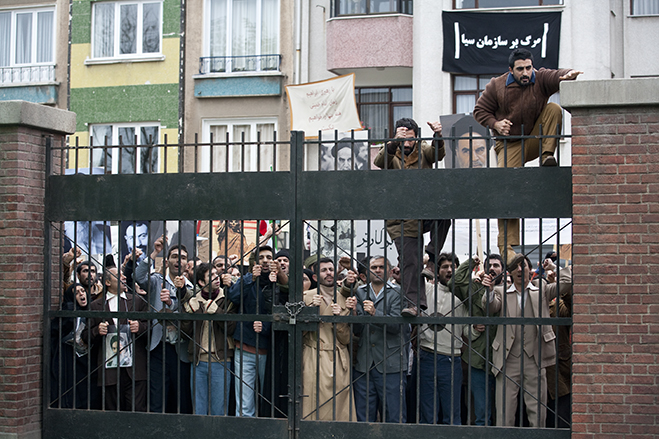 Get further info on 4k UHD and WB movies available on 4k.