Media folks and social influencers gathered together yesterday on the Warner Bros. studio lot for a sneak peek of the upcoming Classics Made Here Tour that officially opens to the public on May 4. Here are just a few videos and pics from the event, which featured noted film critic and historian Leonard Maltin and veteran actress Carole Cook as guest speakers. Cook spoke fondly of returning to the studio where she first worked on the 1964 hit The Incredible Mr. Limpet and Maltin gave props to Warner Bros. for dedicating a distinct tour specifically for movie fans interested in the classics of yesteryear.

I want to salute Warner Brothers Studio Tours Hollywood because what they are doing with this ‘Classics Made Here Tour’ is responding to their customers. More and more people who are taking the tours that they offer, which are great, said they want to hear more about the classics. And they have responded and I think that’s great.

Gary Soloff, director of marketing for Warner Bros. Studio Tour Hollywod on what makes the tour so unique:

For more information about the Classics Made Here Tour, see below:

With this year marking the 95th anniversary of Warner Bros., the already hugely popular Warner Bros. Studio Tour Hollywood (WBSTH) is launching an additional tour and exhibit opening to the public on May 4. The all-new Classics Made Here Tour will take guests back to the Golden Age of Hollywood with a focus on award-winning films shot on the Warner Bros. Studio backlot throughout cinema's storied history.

In describing the Classics Made Here, WBSTH's director of marketing Gary Soloff says:

Our Classics Made Here Tour and Exhibit highlights all the aspects of old Hollywood and brings our guests closer to the classic films and shows they love. We are thrilled to be able to add this new experience to our lineup of tours and give even more reasons for fans to come visit us.

This new Classics Made Here Tour, which will be available Fridays and Saturdays at select times, starts with a champagne toast (must be 21 years of age for champagne toast, valid ID required) to celebrate the legendary history of Warner Bros. Guests will then board their carts to visit famous backlots, historic sound stages and many of the studio’s most famous landmarks. While no two tours are alike, this unique experience brings guests back in time to re-trace the steps of Hollywood legends, hear stories from behind the studio gates and learn the history of how Warner Bros. revolutionized the entertainment business.

Each tour is led by a specially trained guide, whose passion for TV and filmmaking includes extensive knowledge of Warner Bros.’ classic library titles ranging from Casablanca, Rebel Without a Cause and TV shows such as Maverick, The Waltons and Batman plus many more. The two-hour intimate tour concludes at Stage 48: Script to Screen, where guests enjoy exclusive access to never-before-seen costumes and props from some of their favorite movies in the Classics Made Here exhibit. 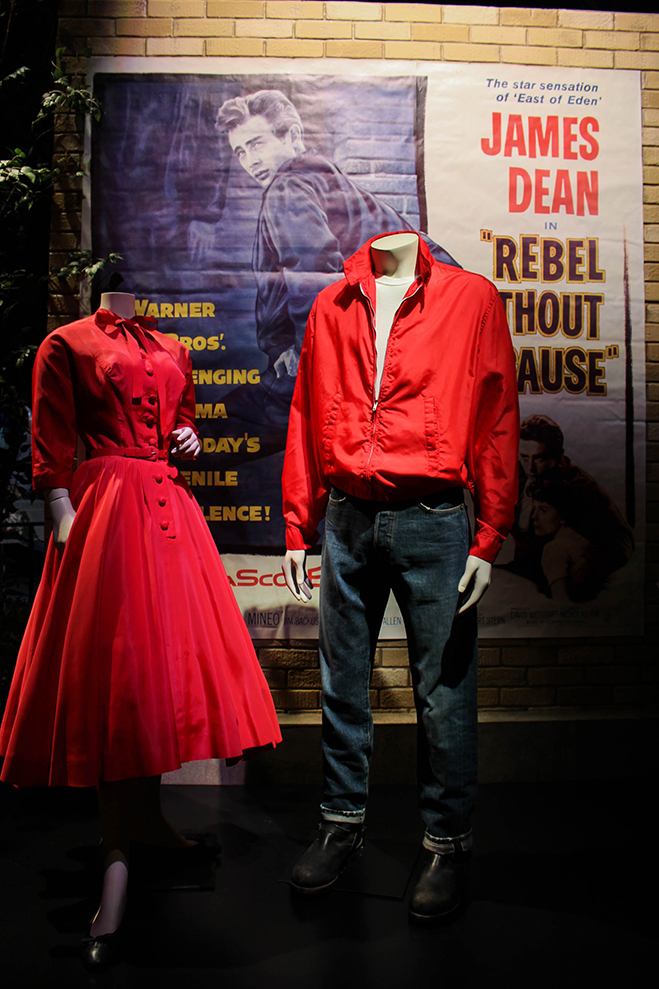 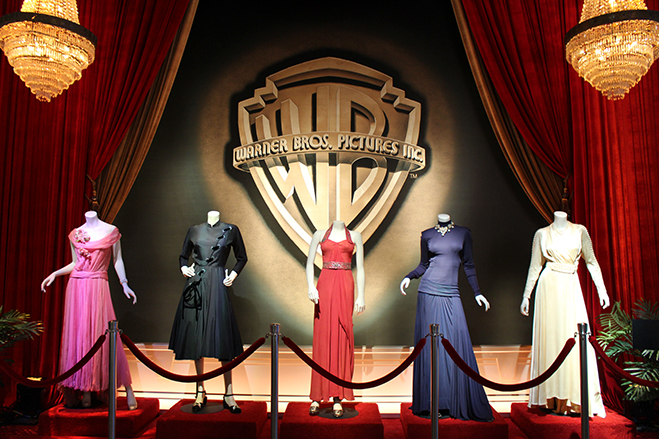 The exhibit features a re-creation of the Ascot Race scene from My Fair Lady with a costume worn by Audrey Hepburn and imagined by Oscar®-winning costume designer Sir Cecil Beaton. The balanced black-and-white symmetry features layers of white lattice and trellis highlighting 14 costumes from the Warner Bros. Archive. Also debuting publicly for the first time in 75 years are Humphrey Bogart and Ingrid Bergman’s costumes worn in the famous, “Here’s looking at you, kid” farewell scene from Casablanca. Bogart, Edward G. Robinson and James Cagney costumes pay homage to the gangster classics. And, the Rebel Without a Cause scene features the book that sparked the story and original costumes.