Get ready to get your 'Con on as DC and WB head into the season of all things pop culture this spring and summer as we travel the U.S. bringing fans the best of the best in comics news, television panels with their favorite stars, even a good old-fashioned sing-a-long! Anaheim, D.C., Chicago—here's where you can find us! (Dates and times are subject to change.)

5:30–6:30 p.m., Room: North 200B
DC Action Comics—Celebrating 80 Years of Superman: Highlighted by the return of his trademark red trunks, Superman reaches an incredible milestone on his 80th anniversary April 18, as Action Comics, the book that introduced the superhero genre, hits an unprecedented 1000th issue! Join some of comics’ most talented writers and artists in a discussion of their favorite Superman moments, find out more details on the creative process behind this commemorative issue, and learn what surprises it has in store for fans of the Man of Steel! 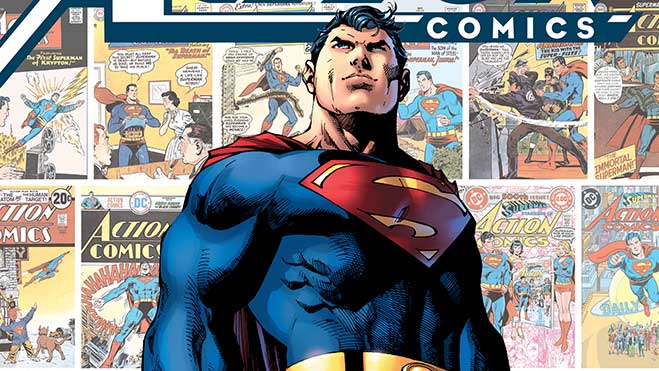 10:00–11:30 a.m., Room North 156
DC Publishers: Streaming live from WonderCon to fans around the country, DC Publishers Jim Lee and Dan DiDio will highlight key initiatives that have made DC the talk of the industry. The first few months of 2018 alone has produced two new imprints for young adult readers, The Sandman Universe line of comics overseen by Neil Gaiman, DC Black Label imprint, featuring a collection of edgy, provocative graphic novels and comic books, a new editorial team for iconic MAD Magazine and more. Some of the biggest names in publishing will take the stage with Jim and Dan to discuss how DC will elevate its iconic superheroes to an all-new level.

3:30 –4:30 p.m., Room: North 200B
DC Universe: Featuring action-packed series that have enraptured fans and garnered critical acclaim, join some of the creative minds bringing DC Universe’s world-class roster of iconic superheroes to life, including Mitch Gerads (Mister Miracle), Julie Benson and Shawna Benson (Batgirl and The Birds of Prey), Liam Sharp (The Brave and The Bold: Batman and Wonder Woman), Josh Williamson (Justice League: No Justice, The Flash), and more for a compelling dive into the most talked about series in comics. 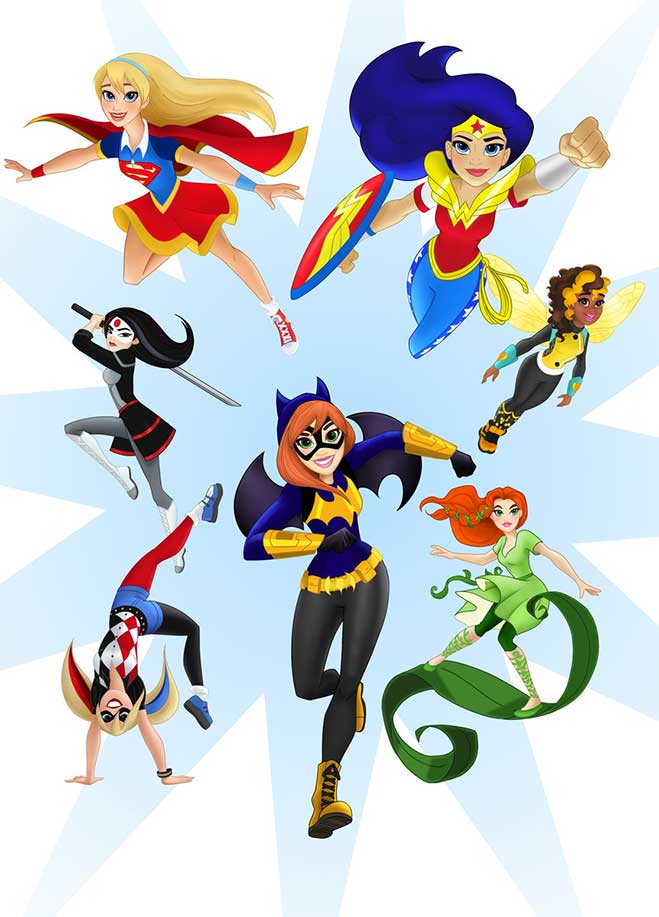 1:30–2:30 p.m.,  Room: 213
MAD: Featuring new faces and all-star contributors, the panel will give a sidesplitting preview of what’s to come in the world of MAD. Executive Editor Bill Morrison will be joined by legendary cartoonists and illustrators Tom Richmond and Sergio Aragones, new contributors Bob Fingerman, Luke McGarry and more for a laugh out loud look at the future of MAD.

2:30–3:30 p.m., Room: North 200B
Unikitty! Special Video Presentation and Q&A: WonderCon attendees will be transported to a joyous kingdom full of sparkle matter, happy thoughts and the occasional rage-out when Unikitty! takes the stage. Bring your positive vibes and join our panel of producers and members of the voice cast for a behind-the-scenes look at the hit animated series starring your favorite character from The LEGO® Movie. 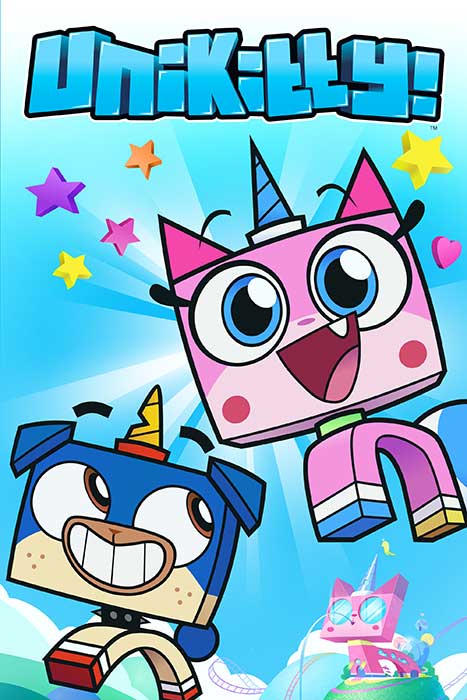 3:30–4:30 p.m., Room: North 200B
Teen Titans Go! Special Video Presentation and Q&A: The Titans are back at WonderCon and they’re bringing all the fun, laughs and hilarious hijinks that are part of every Teen Titans Go! panel. You only need to bring your questions (and maybe some waffles and pie) for producers Michael Jelenic, Aaron Horvath and voice actor Greg Cipes who will answer your questions about all things Titans.

6:00–7:00 p.m. Room: North 200A
The 100 Special Video Presentation and Q&A: With season five premiering on Tuesday, April 24 at 9/8c on The CW, The 100 makes its return to Anaheim for a special appearance at WonderCon with a sneak peek into the new season. More than six years have passed since Praimfaya has ravaged the planet and killed most of the human race. As Clarke waits to hear from the group on the Ark, or in the bunker, a prison ship drops from the sky. Are they friend or foe? And what do they want? Join us for a special video presentation followed by a Q&A with series stars Eliza Taylor, Bob Morley, Christopher Larkin, Lindsey Morgan, Richard Harmon and Tasya Teles and producer Jason Rothenberg. 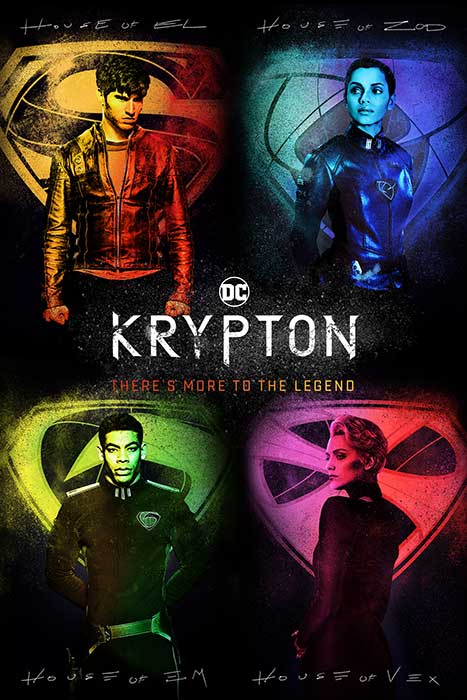 10:30–11:15 a.m., Room: Arena
Lucifer Exclusive Screening of Brand New Episode: Consider this your deal with the devil! Lucifer fans will not only have the opportunity to screen an upcoming episode of the devilish drama, but also a special video message from series stars Tom Ellis, Lauren German, Tom Welling and Aimee Garcia.

12:45–1:45 p.m., Room: Arena
Black Lightning All-New Episode and Q&A: Where there is darkness, there is…Black Lightning. Jefferson Pierce made his choice: he hung up the suit and his secret identity years ago. But with crime and corruption spreading like wildfire, and those he cares about in the crosshairs of the menacing local gang, The One Hundred, he must return as Black Lightning—to save not only his family but also the soul of his community. Join series producers and writers to watch the electrifying never-before-seen “Sins of the Father” episode of Black Lightning, followed by a Q&A session.

1:00–2:00 p.m., Room 300B
SubZero and the Evolution of Mr. Freeze: In anticipation of Warner Archive Collection’s March 27 release of Batman & Mr. Freeze: Sub-Zero on Blu-ray, join the beloved voice of Robin, Loren Lester (Batman: The Animated Series) alongside SubZero screenwriter (and heralded Animaniacs songwriter) Randy Rogel, noted psychologist Dr. Andrea Letamendi (The Arkham Sessions), WAC Podcast hosts D.W. Ferranti and Matthew Patterson and some surprise guests as they show remastered footage and discuss the film and the evolution of Mr. Freeze from a goofy threat into an endearing multi-dimensional villain who just wants to find a cure for his dying wife. Moderator Gary Miereanu might even bring some cool giveaways for select fans. 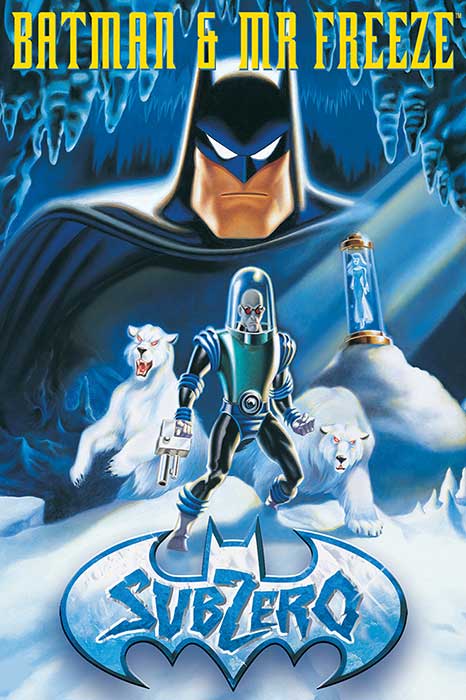 7:00–8:00 p.m., Room 300B
Warner Archive Meets Trailers From Hell: The forces of film and fun reunite for another insightful examination of current and upcoming sci-fi, horror and cult movie trailers from the Warner Archive Collection's recent and upcoming Blu-ray releases. Join Academy Award-nominated screenwriter Josh Olson, Warner Archive Podcast hosts Matthew Patterson and D.W. Ferranti and some potential surprise guests as they delve deep into the stories behind a bevy of classics including The Black Scorpion, The Flight of Dragons, Leatherface: Texas Chainsaw Massacre III, and quite a few unexpected surprises! Moderator Gary Miereanu will undoubtedly be carrying some fun giveaways for a few lucky fans.

2:30–3:30 p.m., North 200B
Warner Archive's Toonstock 7—Special Guest Edition: An all-new rendition of the wildly popular Toonstock, this time taking a long look at a lengthy list of animated music from cartoons and films, including a special spotlight on Teen Titans (featuring the title track by Puffy AmiYumi!), plus Secret Squirrel, The Biskitts, Static Shock and some upcoming surprises! Then get ready for the beloved Batman: The Brave and the Bold “Mayhem of the Music Meister” sing-along where you're the star! Join Warner Archive Collection podcast hosts Matt Patterson and D.W. Ferranti and moderator Gary Miereanu for a melodious salute surrounded by surprise guests, interactive performances and oh-so-cool Warner Archive prizes.

7:00 p.m., Coolidge Auditorium
80 Years of Superman Celebration: The Library of Congress will celebrate the 1,000th issue of seminal DC comic book series Action Comics, a commemoration of 80 years of Superman, with a live interview featuring DC legends. Former publisher and president of DC, Paul Levitz, will join famed DC writer and artist Dan Jurgens, known for his work on the Superman series and the pop culture phenomenon The Death of Superman, for a conversation about the history of superhero comics, the writers and artists who create comics and the legacy of DC’s iconic Superman character. Levitz and Jurgens will be interviewed by creator Michael Cavna, of the Eisner-nominated Comic Riffs column for The Washington Post. A question-and-answer session and book signing will follow. The event also will be livestreamed on the Library’s YouTube site at youtube.com/libraryofcongress.

2:00–2:45 p.m., Ballroom
Action Comics #1000: Celebrate 1,000 issues of Action Comics with an all-star lineup of top talent as they pay tribute to the comic that started it all. Moderated by David Betancourt from the Washington Post, join Paul Levitz, Dan Jurgens, Scott Snyder, Tom King, and Clay Mann as they discuss this major milestone for DC Comics.

3:00–3:45 p.m., Room 207
Paul Levitz Spotlight Q&A: From his 45 years at DC Comics, to creating over 400 comic books, Paul Levitz is an important figure in the comic book industry. The Eisner award-winning Author of 75 Years of DC Comics, Levitz will discuss his experiences in the comics industry and how he continues to play an important role, such as serving on the board of the Comic Book Legal Defense Fund. Learn more about the history of DC Comics, and how comic books have shaped his life and the world.

5:30–6:15 p.m., Room 209
The Technology of Dark Nights—Metal: Join Dark Nights—Metal creators Scott Snyder and Greg Capullo, scientists and engineers to discuss the science and physics behind their Dark Matter multiverse. Learn about their inspiration for this epic crossover miniseries, and the real science of dark matter, multiverses, and advanced metals.

4:00–5:00 p.m., Room S401
The DC Universe: The DC Universe keeps rocking your world with heroes that take on the most outlandish villains and overcoming obstacles that leave you speechless!

12:15–1:15 p.m., Room S404
DC Celebrates Action Comics 1,000: The comics industry achieves an incredible milestone on April 18 as Action Comics, the book that created the superhero genre and introduced the world to Superman, celebrates its 1,000 issue.

1:30–2:30 p.m., Room S404
Batman: Batman continues to be one of the most popular and dynamic superheroes of all time. Meet some of the key players in the Dark Knight’s world.

Updates to come later this year.

Updates to come later this year.