Today is the 70th Anniversary of the wide release of Key Largo, a classic that featured the fourth and final pairing of Humphrey Bogart and Lauren Bacall.  Incredibly, director John Huston’s other 1948 release, The Treasure of the Sierra Madre, had come out just six months prior, making this one of the all-time great directorial one-two punches in a single year.  This original half-sheet poster plays up the movie’s star power.  Note that Bogart’s name appears first on the left, but slightly lower than Edward G. Robinson’s – the first use of this “co-equal” billing is often attributed to 1974’s The Towering Inferno (with Steve McQueen and Paul Newman), but can be seen on this poster from three decades earlier. 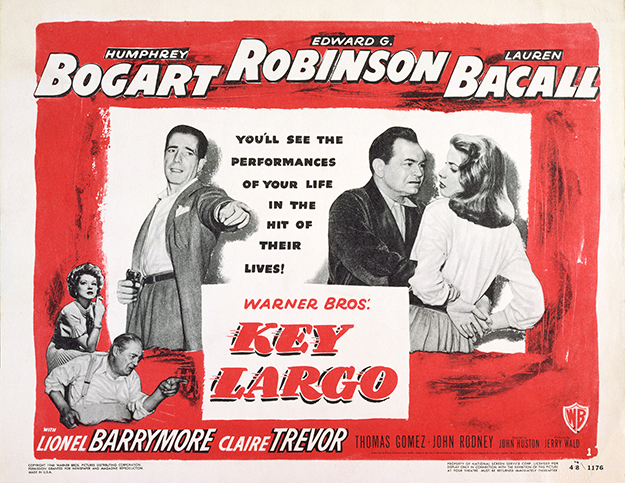 Bacall and Bogart: the definition of iconic. 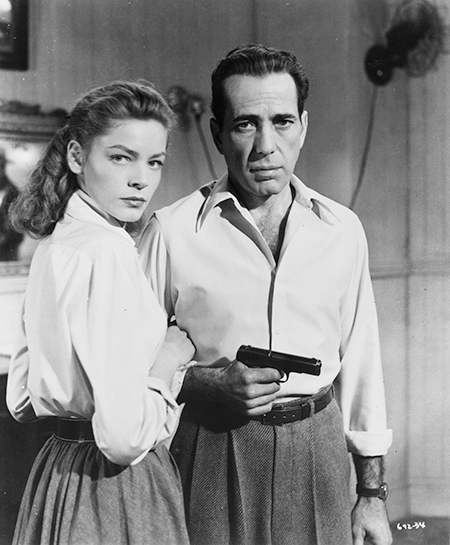 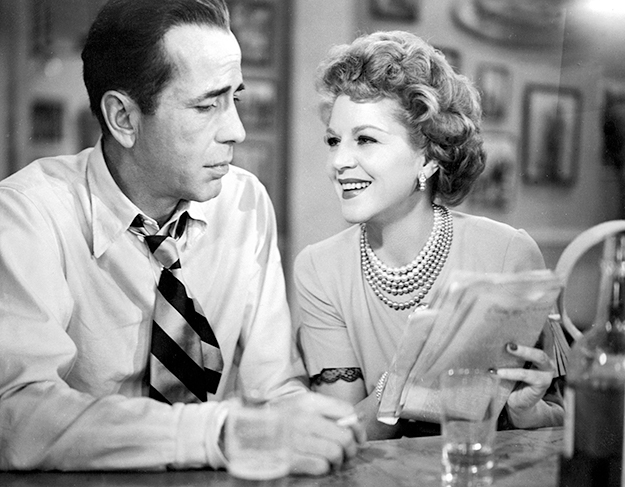 Edward G. Robinson as gangster Johnny Rocco cools down in the tub. 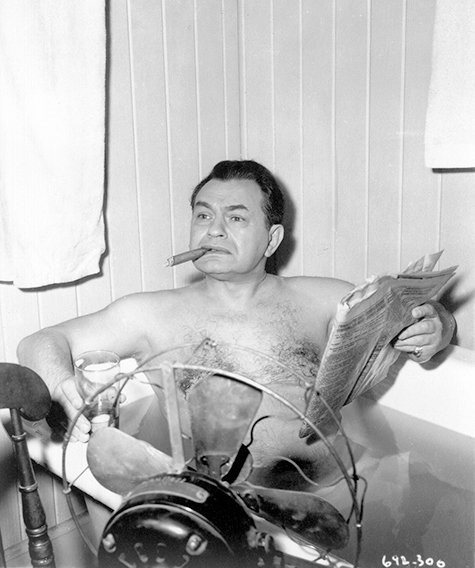 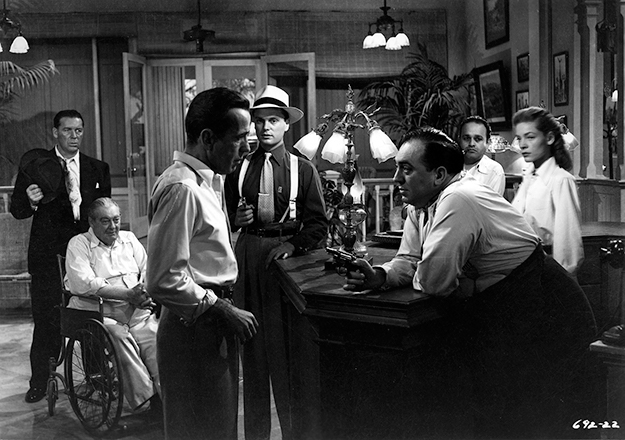 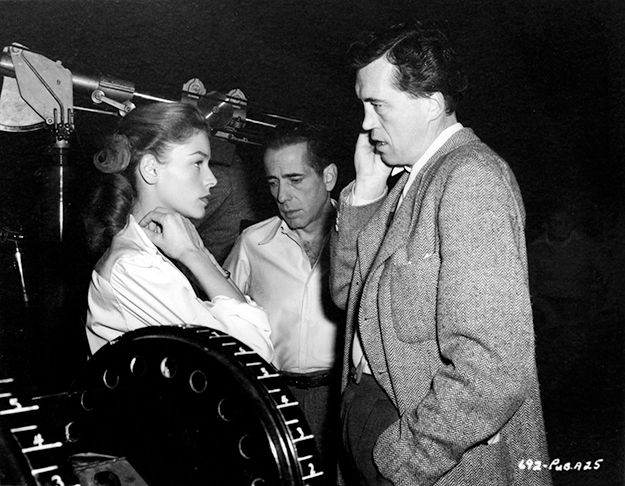 Cinematographer Karl Freund (at far right) and crew on set.  Freund had a stellar resume when he joined Warner Bros. in the late 1940s.  He was director of photography on many classics of German silent cinema, including The Golem, The Last Laugh, and Metropolis.  After coming to Hollywood, he shot Dracula and directed The Mummy for Universal; and won a Best Cinematography Academy Award in 1938 for MGM’s The Good Earth.  In 1951, he left features and moved to the small screen, devising a lighting system for I Love Lucy that revolutionized television production. 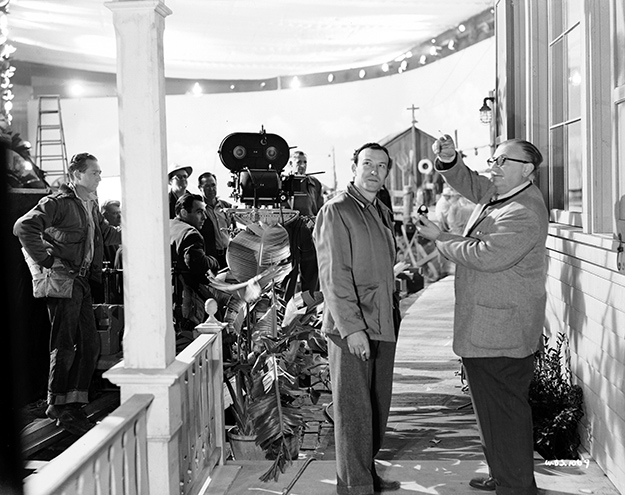 An incredible behind-the-scenes image from one of Key Largo’s soundstage sets.  Bacall and Bogart are standing at center while many cast and crew members stand by. Director John Huston and cinematographer Karl Freund can be seen standing and conversing on the right. 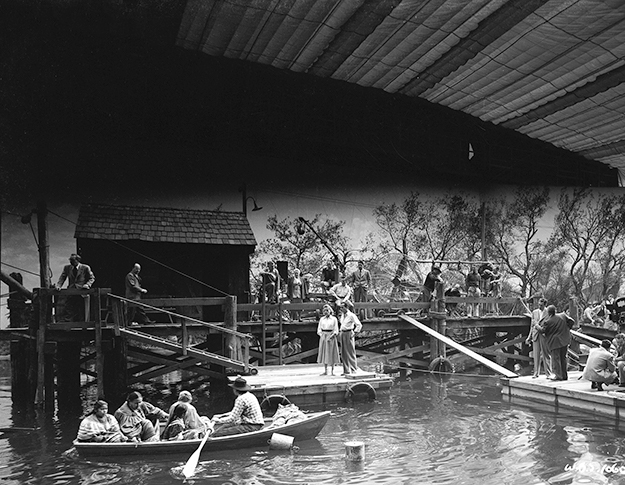 A British Quad poster from the original release. 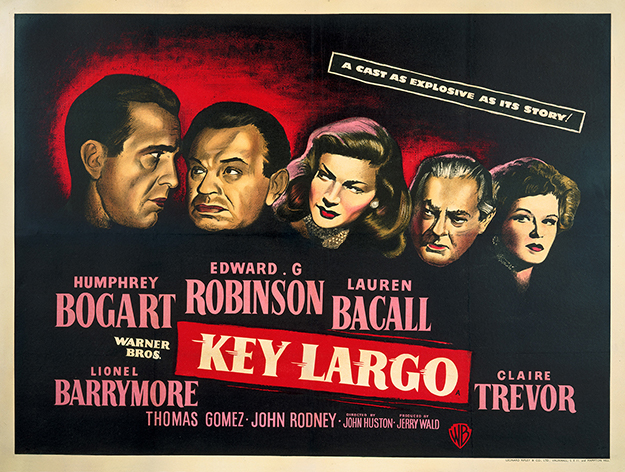