A white screen opens up in front of you and in pops Teen Robin, breaking the fourth wall and speaking directly to the audience. “Do you know what makes a real hero? It’s not the costumes, the gadgets or the cool powers, it’s having your own movie, and that has always been my dream.”

Robin, the default leader of a pack of superhero sidekicks who feels side-lined by their more famous crime-fighting partners, is angry and feeling under appreciated. Joining forces with the other Teen Titans, he wants to get their names onto the silver screen, to be immortal in the superhero hall of fame. It’s not that easy though, and the plot thickens when an A-list supervillain Slade Wilson gets in their way...

FUN FOR THE FAMILY

The Teen Titans GO! TV show, which began airing in 2003, has been enjoyed by kids and adults alike for a number of years. The show follows the story of superhero roommates Robin, Cyborg, Starfire, Raven and Beast Boy and looks at what happens after they have saved the day. How do superhero roommates live together? How do they relate? The show hit a milestone in November 2017 by reaching its 200th episode and becoming Cartoon Network’s #1 hit show. It was only right that a big screen adventure be released, too! 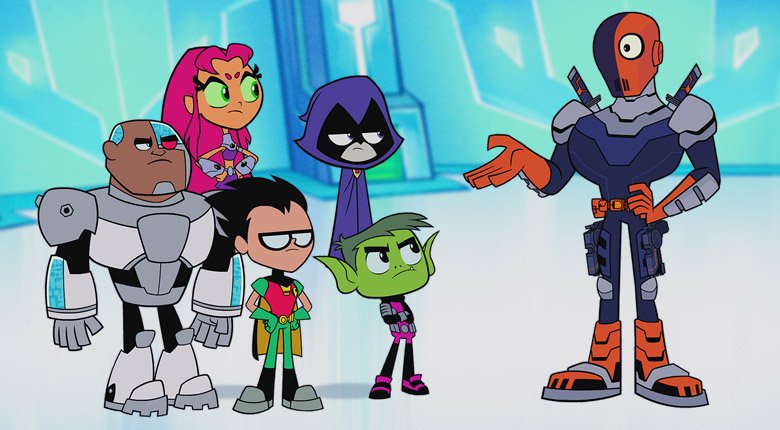 The big bad supervillain of this film is the character Slade Wilson, aka Deathstroke (voiced by the talented Will Arnett). Wade Wilson is the name of the character Deadpool. Confused already? That’s the joke! Expect crossovers, inside jokes and plenty of fun at the expense of the evil Deathstroke, who is taken down a peg and referred to as Deadpool. The constant battle to be recognized as two separate people is a recurring gag that never gets old. 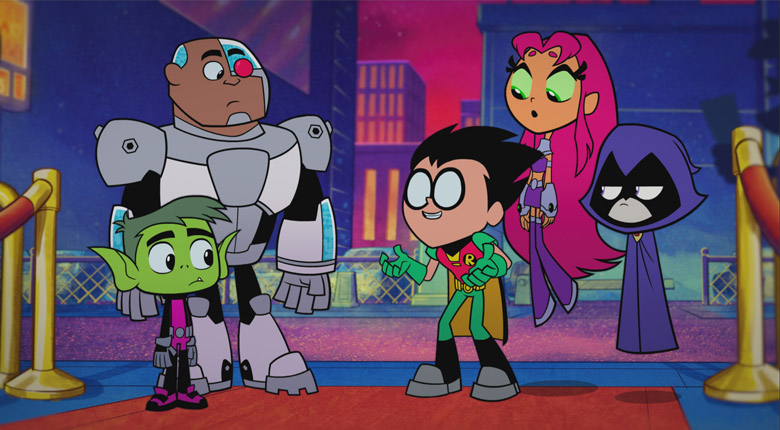 Returning as the five sidekicks are Greg Cipes as Beast Boy, Scott Menville as Robin, Khary Payton as Cyborg, Tara Strong as Raven and Hynden Walch as Starfire. Joining them are the talented Nicolas Cage, Jimmy Kimmel and Greg Davies. Not only is the cast top-notch, the combination of phenomenal writing, humour to appeal to all ages and a slew of recognizable voices will definitely make Teen Titans GO! To the Movies the film to see this summer.

Whether it is the Wade vs. Slade crossover jokes, the genius ‘Alfred’ film trailer or the surprise cameos that tempt you into the cinema, this film is for the whole family. Prepare to laugh and have fun, while fully immersing yourself into the geeky world of superhero films, but with a twist.

Teen Titans GO! To the Movies is now playing in theaters. Buy your tickets now!