One of the crown jewels of the Warner Bros. film library, Enter the Dragon, had its Hollywood premiere 45 years ago this week. The first martial arts film produced by a major Hollywood studio, it was an international sensation, and a fitting, though tragic, end to the career of one of world cinema’s most enduring icons, Bruce Lee, who had died the previous month at only 32. Much has been written and discussed about Lee and his final film, so as a change of pace, here are some images from the Warner Bros. Archives, most of which showcase the Hong Kong-based actors in smaller roles, as well as the background stuntmen, some of whom would rise to become giants in their field. First, here is the original six-sheet poster for the movie, featuring artwork by legendary poster artist Bob Peak. 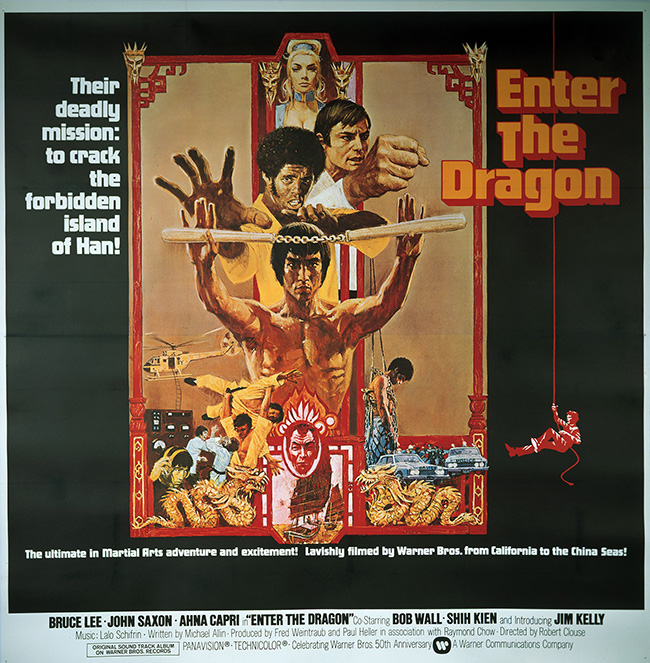 The first scene of Enter the Dragon features Bruce Lee sparring with an unnamed opponent. This opponent was played by 21-year-old Sammo Hung, who would soon become one of the greatest and most prolific talents in the world of action/martial arts films. Trained in a Peking Opera school in Hong Kong (where he was a classmate of Jackie Chan), he began his film career as a child actor, rising to stuntman, action choreographer, director, and leading man. Still active today, a few of his most notable movies include Project A, Eastern Condors, and Pedicab Driver. 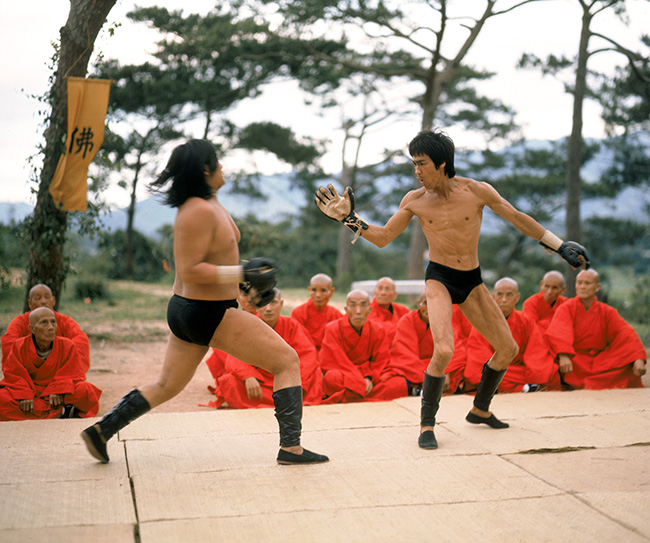 After the opening fight scene, Lee has a philosophical discussion with the abbot, played by Roy Chiao. Chiao enjoyed a film career that spanned nearly fifty years, and is probably best known worldwide as gangster Lao Che in the opening sequences of Indiana Jones and the Temple of Doom. This scene was cut from the original US release of Enter the Dragon, but was restored in 1998. Since English dialogue did not exist for this sequence, Chiao re-recorded his lines for the restoration via a digital phone line. Sadly, he passed away in Seattle the following year at the age of 72. 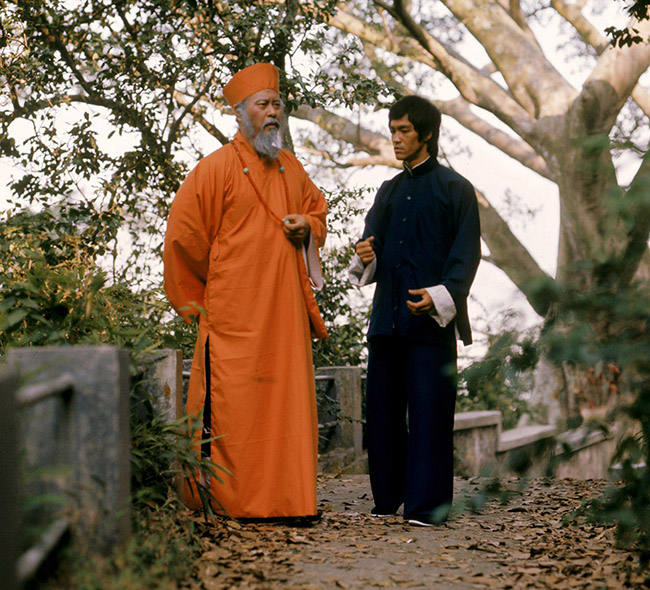 Lee has a discussion and spars with a young student, played by Stephen Tung Wai. Enter the Dragon was one of Tung’s first film appearances, and his career as an award-winning action director (and occasional actor) continues to this day. His choreography skills can be seen in such films as A Better Tomorrow, The Blade, and Downtown Torpedoes. 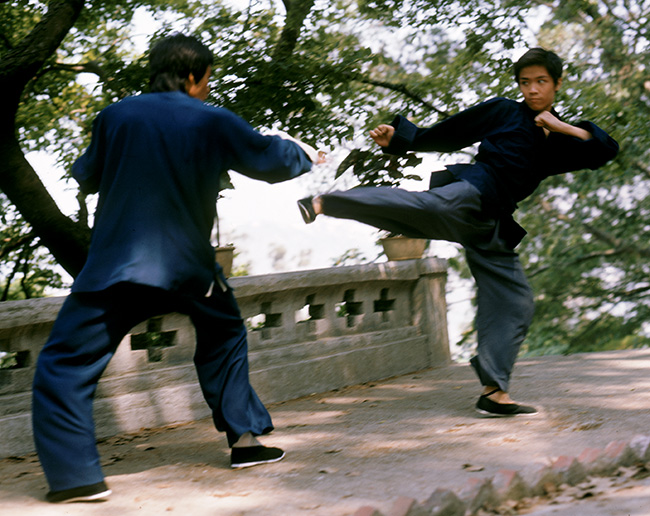 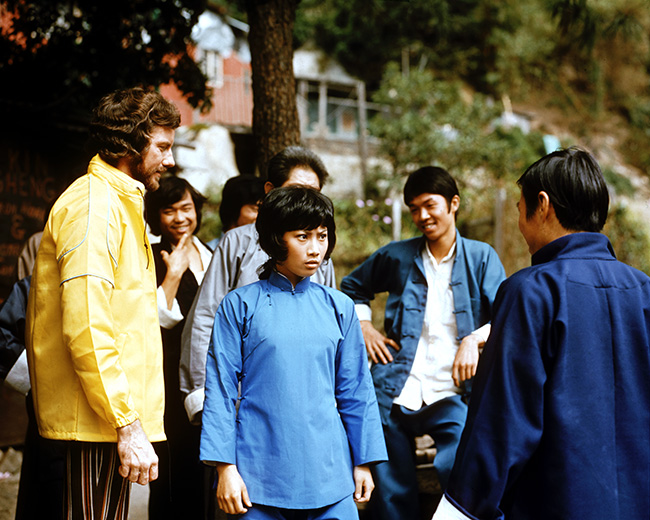 Bruce Lee, along with cast and crew members, watch a rehearsal where Bolo Yeung holds up stuntman Lam Ching-ying. Another Peking Opera student, Lam appeared in and choreographed countless movies over three decades. His signature role was that of a Taoist vampire hunter in the 1985 Hong Kong horror comedy Mr. Vampire, and he played many similar roles for the remainder of his career. Tragically, he died of cancer in 1997 at only 44 years old. 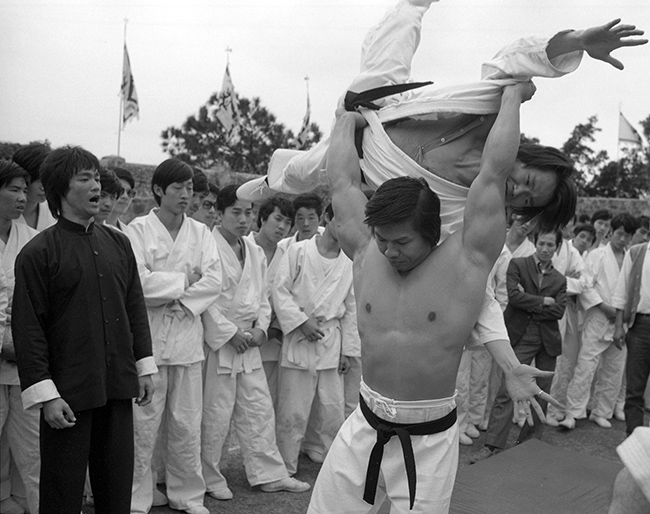 Pictured here next to the great Jim Kelly and in front of Bolo is another classmate of Sammo Hung and Jackie Chan, Yuen Wah. Due to his extensive Peking opera training, Yuen was personally chosen by Bruce Lee to be his stunt double for onscreen flips, some of which can be seen in Enter the Dragon. Yuen can also be seen acting and performing stunts in countless Shaw Brothers and Golden Harvest films over the years.  He finally graduated to (mostly villainous) featured roles in the mid-1980s. His best-known role is probably that of the landlord in the 2004 worldwide comedy smash Kung Fu Hustle. 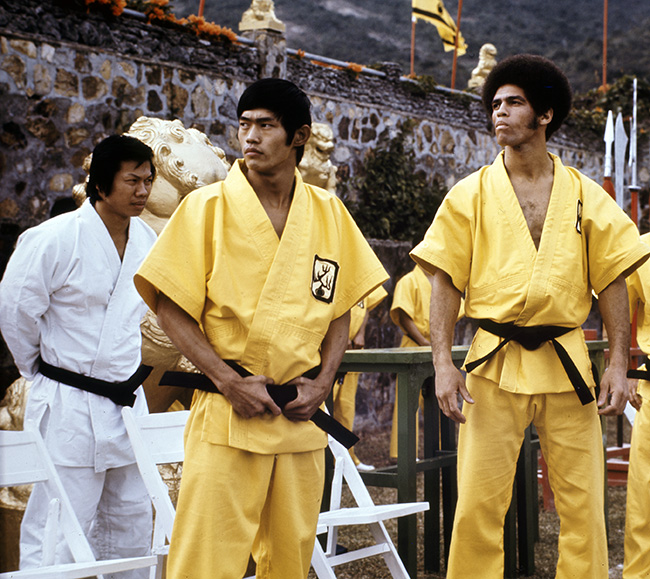 John Saxon is seen here facing his first opponent in the tournament, played by actor Anthony Lau Wing. Lau is notable for being a student of Bruce Lee, and having appeared in all four of Lee’s martial arts films (discounting the posthumous release Game of Death). As a contract player for Hong Kong’s Shaw Brothers studios, he starred in dozens of releases between 1975 and 1984, most famously a five-film series where he played the 18th Century Chinese emperor Chien Lung. He most recently appeared onscreen in last year’s Hong Kong-Malaysian production Mrs K. 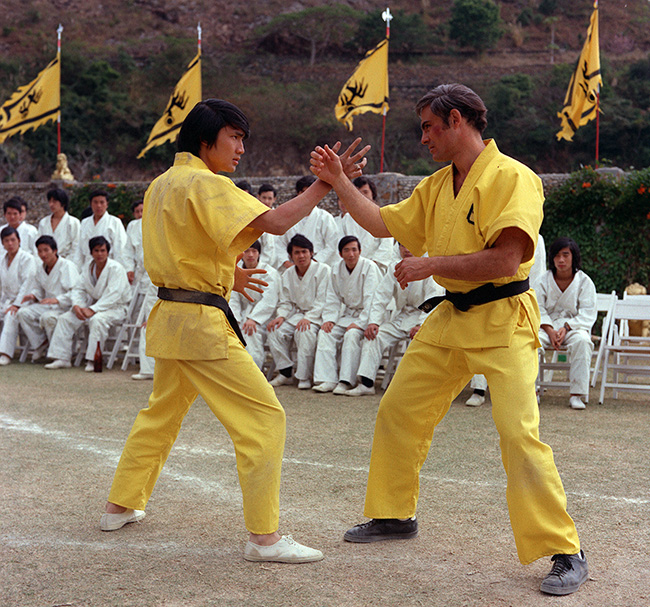 The only cast member of Enter the Dragon who can rival Bruce Lee’s popularity is Jackie Chan. The teenaged Chan is only seen onscreen for a few seconds, but it’s certainly one of the more memorable of Lee’s many dispatches of villains in the movie.  After Lee’s death, Jackie made a few films in which he mimicked Bruce’s style, but none of them were successful. In 1978, Jackie began to ingeniously incorporate comedy into both his persona and martial arts scenes, and the rest is history. His breakthrough movie from that year, Drunken Master, was a game-changer, and became the highest grossing martial arts movie of the decade at the Hong Kong box office. 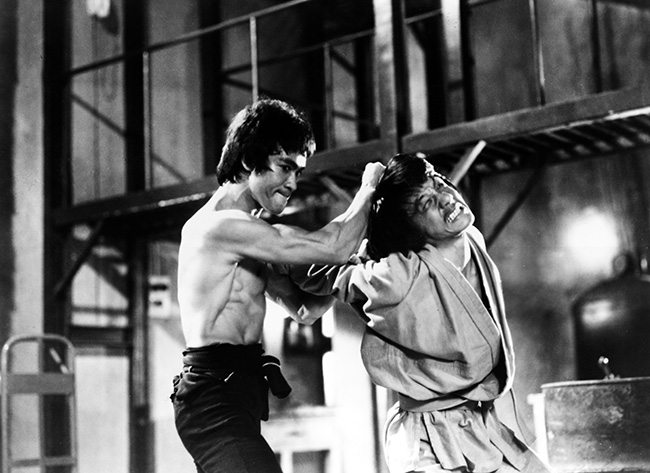 The cast member with the most onscreen experience was Shih Kien, who played the iconic villain Han. He made his first film in 1940, and appeared in roughly 300 movies until his retirement from the screen in 1994. As he did not speak English, his lines in Enter the Dragon were dubbed by Chinese-American actor Keye Luke (of Gremlins and the TV series Kung Fu fame). Shih passed away at 96 years of age in 2009. 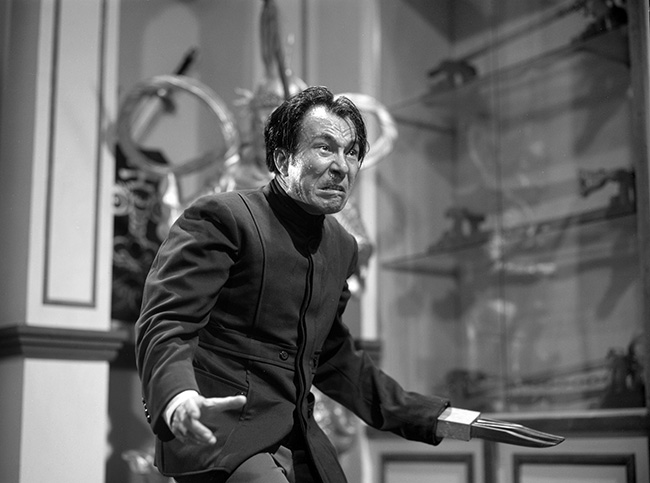 This photo was taken on August 19, 1973 – the day of Enter the Dragon‘s Hollywood premiere at Mann’s Chinese Theater.  The movie began its regular engagement at this theater the following Friday, August 24. 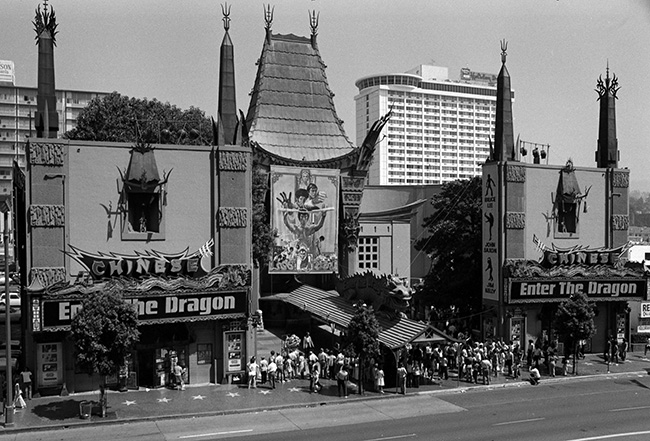 Of course, Enter the Dragon would not have become the landmark film it is today were it not for the staggering ambition, talent and charisma of the great Bruce Lee. One can only imagine how he would have continued to innovate and break down barriers had he lived longer. 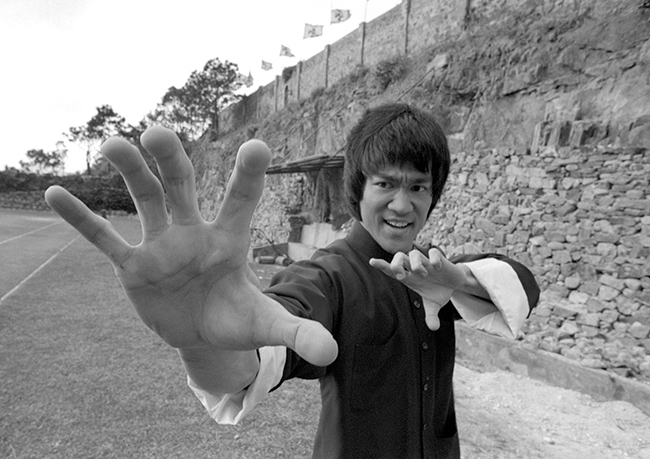 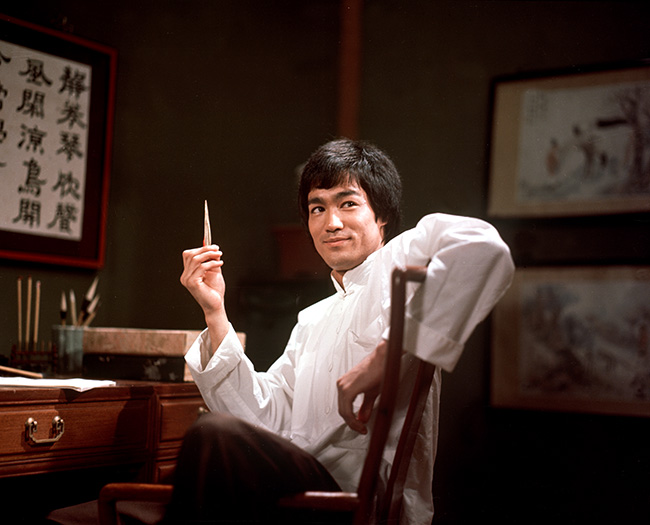