It is well-known that the October 1927 debut of The Jazz Singer, the first movie to feature synchronized dialogue and singing, was a landmark event in the history of motion pictures. However, it was actually Warner Bros. and Al Jolson’s follow-up release, The Singing Fool, that made it crystal clear that sound movies were here to stay forever, and that silent movies were on their way to extinction even faster than Hollywood had imagined. It premiered at New York City’s Winter Garden Theatre, where Jolson previously had starred in some of his biggest Broadway stage hits. The September 19, 1928 opening night tickets for The Singing Fool had a face value of $11 ($160 in today’s dollars) each, an unheard-of amount for a movie. Though The Jazz Singer was certainly an enormous hit, it couldn't quite match the earnings of the most popular movies of the silent era, such as MGM’s The Big Parade and Ben-Hur. Shortly after its release, it became clear that The Singing Fool was a legitimate phenomenon, with eventual worldwide earnings of $5.8 million. It would soon become the highest-grossing movie in history, a record it was to hold for over a decade. 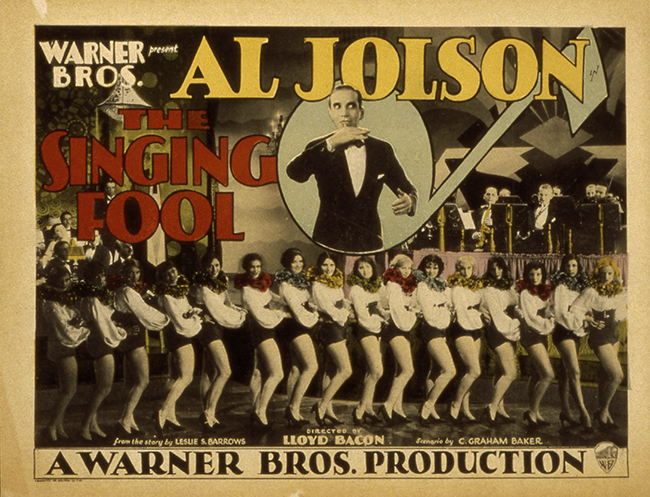 The plot of The Singing Fool is textbook melodrama. Al Jolson (seen here with Josephine Dunn) plays Al Stone, a singing waiter who finds professional success but personal chaos and tragedy. Unlike The Jazz Singer, which was essentially a scored silent film with several songs and a few bits of dialogue, The Singing Fool is about 2/3 “talkie”, though the first two reels contain only the background score. The sound came courtesy of Warner Bros’ Vitaphone system, which used large sound disks synchronized with a projector. 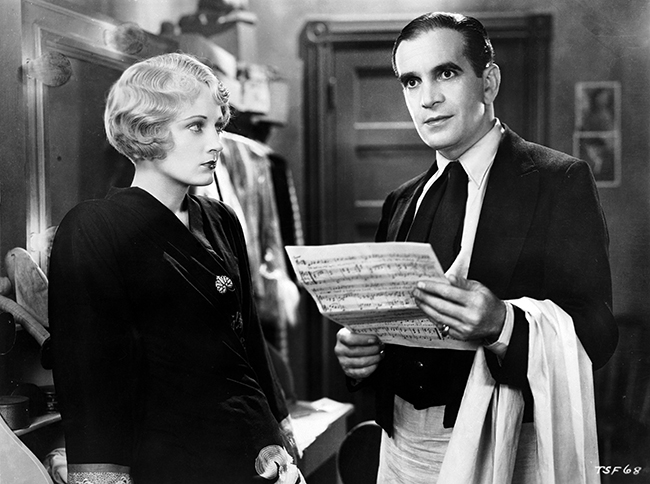 Al Jolson was one of the most popular entertainers in the world during the 1910s and 1920s, and The Singing Fool was probably the peak of his career. The movie includes some of his best-known songs, including “There’s a Rainbow ‘Round My Shoulder”, “Golden Gate”, “I’m Sittin’ on Top of the World”, “It All Depends on You”, and “Keep Smiling at Trouble.” 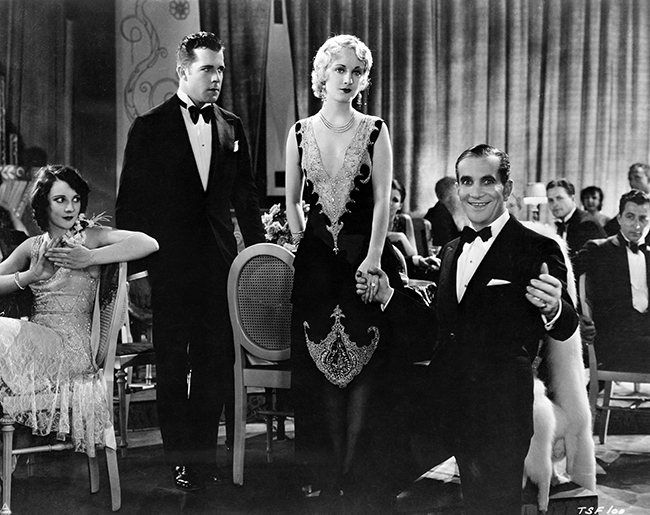 Three-year-old Davey Lee portrays Jolson’s son Sonny, which conveniently allows Jolson to sing the movie’s signature song “Sonny Boy” to him, one of three times the song is performed in The Singing Fool.  “Sonny Boy” was a smash upon its release, holding the number one spot for 12 weeks and selling over three million copies. 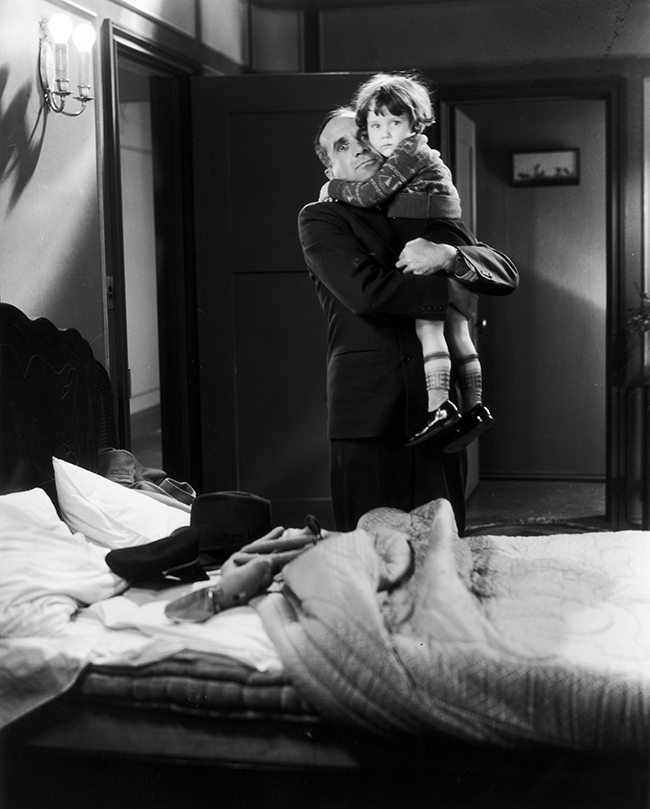 Betty Bronson plays the woman who helps Al recover from his broken marriage and loss of his son. Four years earlier, Bronson was personally chosen by author J.M. Barrie to play the title role in the first-ever screen adaptation of his play and novel, Peter Pan. She also played Mary in the original Ben-Hur, and would reunite with Davey Lee in 1929’s thematic sequel to The Singing Fool, Sonny Boy. 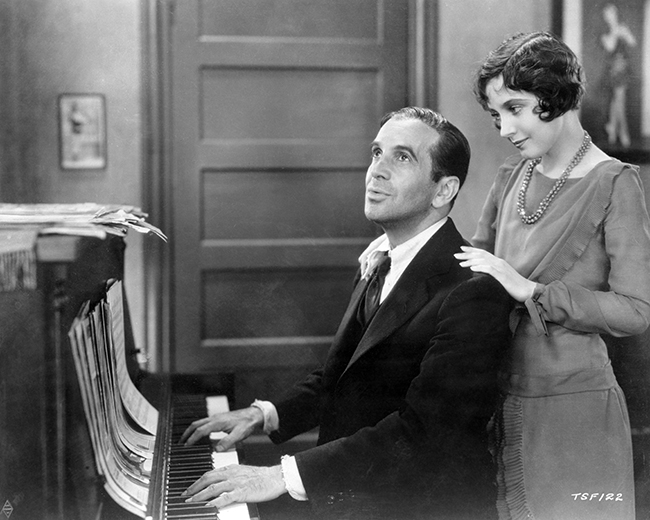 Cover of original flyer handed out at Warner Bros. theaters to promote the film. 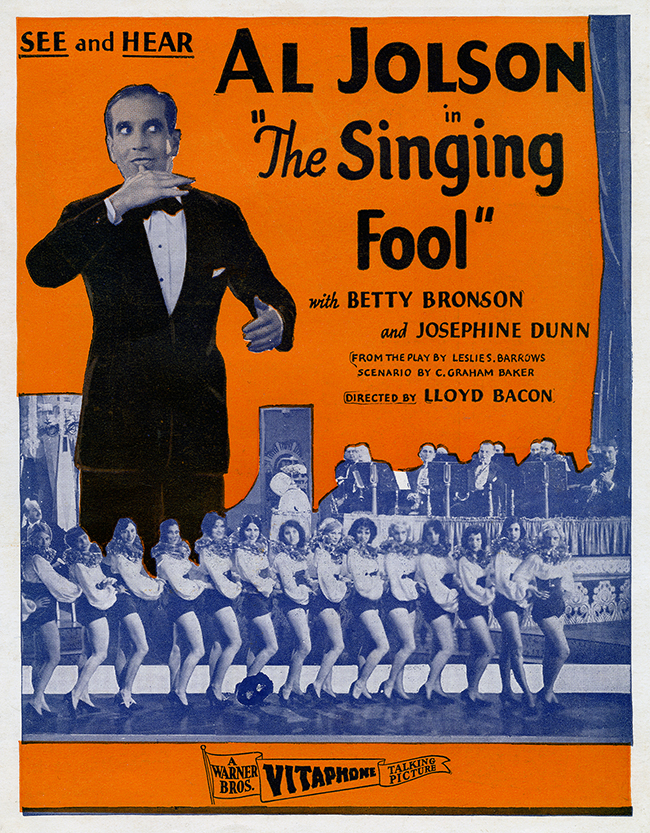