With today's theatrical release of A Star Is Born (2018), another generation will be able to embrace a new version of this timeless story of triumph and despair. Over the decades, audiences have responded enthusiastically to these movies - all set in the world of show business – that chronicle the rise of a performer and the simultaneous fall of their benefactor. There have been three previous films (1937, 1954, and 1976) that bear the same title, but the origins of this tale go back even further. Here is a historical look at the legacy of A Star Is Born.

THE GENESIS OF A STAR IS BORN

The thematic genesis of A Star Is Born can be traced to the 1932 RKO release What Price Hollywood? Directed by the legendary George Cukor and produced by the equally legendary David O. Selznick, it tells the story of alcoholic film director Max Carey (played by Lowell Sherman), who meets star struck waitress Mary Evans (Constance Bennett) when she waits on him at the Brown Derby restaurant. He gives her an opportunity to appear in films, and soon her career is on the upswing while his begins to spiral downwards.

Sherman picks up Bennett in front of the Brown Derby, jokingly driving a beat-up car to take her to a movie premiere at Graumann's Chinese Theatre. Constance Bennett was one of the biggest stars of the first half of the 1930s, but is perhaps best remembered for starring in the 1937 comedy classic Topper. Lowell Sherman had stage and silent film roots before adding directing to his acting duties in 1930. He directed Katherine Hepburn to her first Oscar in 1933’s Morning Glory, but sadly died of pneumonia the following year at only 46 years of age. 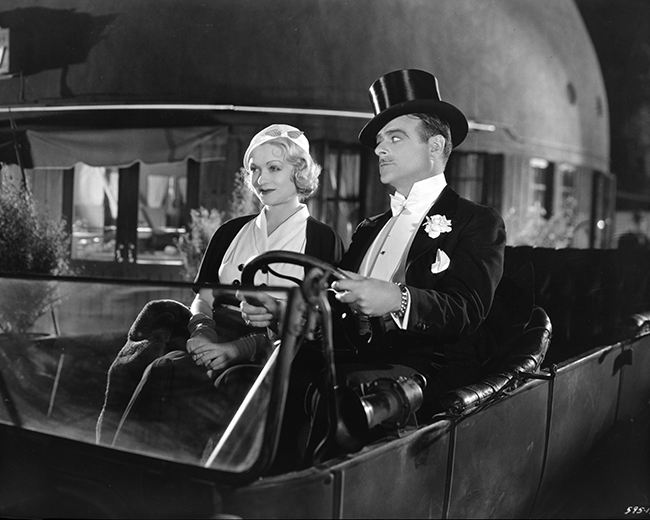 Sherman directs Bennett in the film-within-a-film. The character of Max Carey was partly based on Marshall Neilan, a director whose alcoholism prematurely put the brakes on a successful career. Unlike all versions of A Star Is Born, What Price Hollywood? does not feature a romantic relationship between the two leads. It does, however, contain the line, “I just wanted to hear you speak again,” the concept of which has been adapted and used in all four of the subsequent iterations. 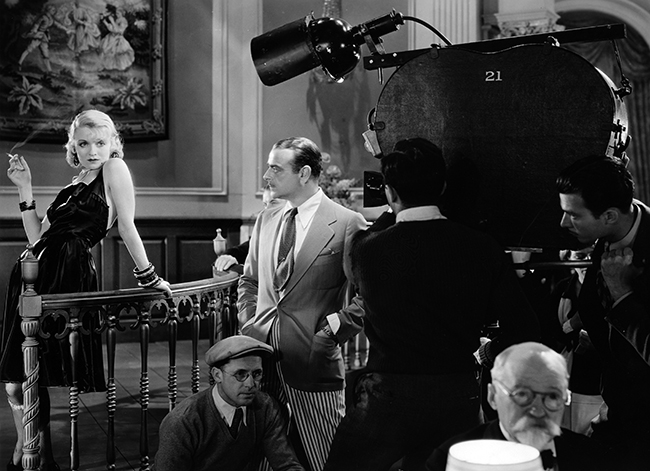 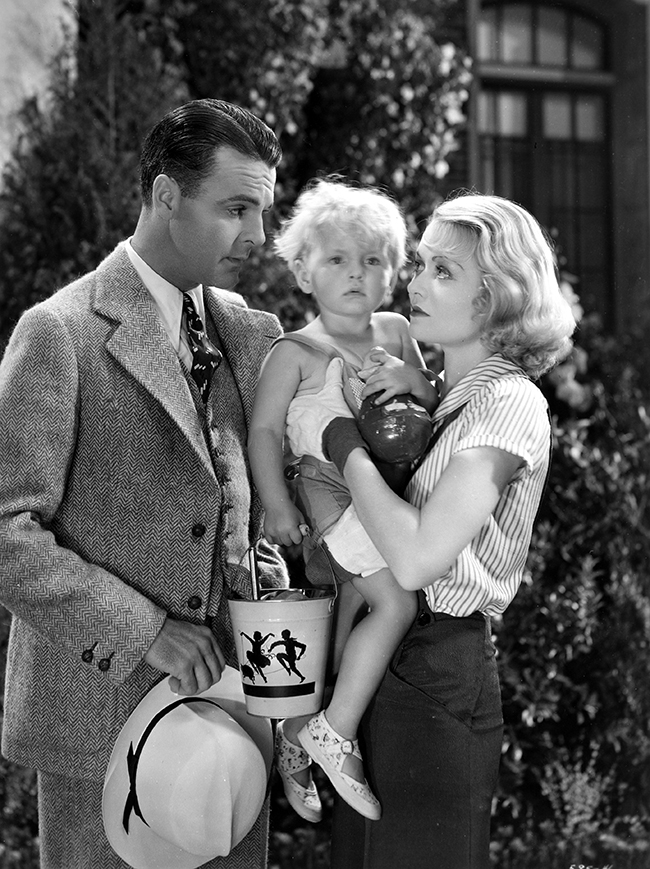 Producer David O. Selznick would revisit some of the same themes found in What Price Hollywood? five years later, with the 1937 release of the original A Star Is Born. Selznick asked George Cukor to direct, but he refused because the material was too similar to their previous collaboration. The directing duties instead went to veteran William Wellman, who also co-wrote the script (with Robert Carson, Dorothy Parker, and Alan Campbell). It stars the incomparable Fredric March as actor Norman Maine, who nurtures the career of, and soon falls in love with, budding starlet Esther Blodgett (later given the stage name Vicki Lester), played magnificently by Janet Gaynor. As you might expect, her star rises while his experiences an alcohol-fueled fall.  Lavishly produced in three-strip Technicolor, it was the first color film to receive a Best Picture Oscar nomination, and received seven nominations in total…winning for Best Original Story (Wellman and Carson), plus a special award for W. Howard Greene’s photography. Seen here is a drunken Fredric March accosting two paparazzi at the Hollywood Bowl. 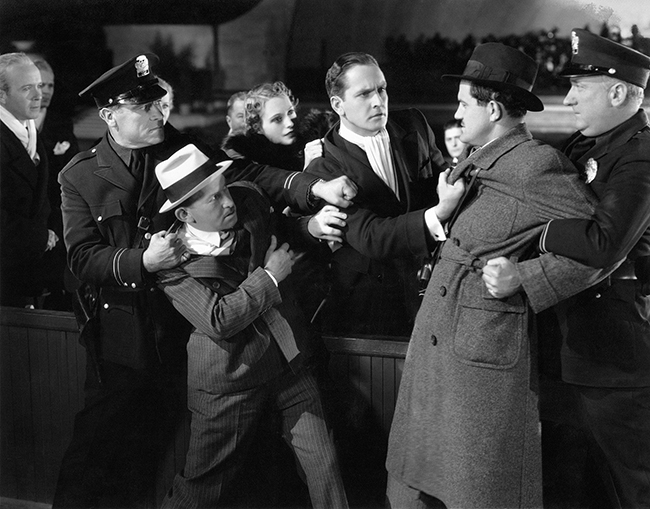 Warner Bros. was able to acquire the rights to A Star Is Born (1954) and began filming a musical version with Judy Garland in 1953. This time, George Cukor was persuaded to return to the director’s chair despite his reluctance to direct the previous version.  It was to be his first film in color, and his first musical. Playwright Moss Hart was assigned the screenplay duties. With a final cost that exceeded 5 million dollars, it was the most expensive film in Warner Bros. history, and the second most expensive film ever made in Hollywood. The following year, it earned six Academy Award nominations: Best Actress, Best Actor, Best Art Direction-Set Decoration (color), Best Costume Design (color), Best Original Song, and Best Scoring of a Musical Picture. 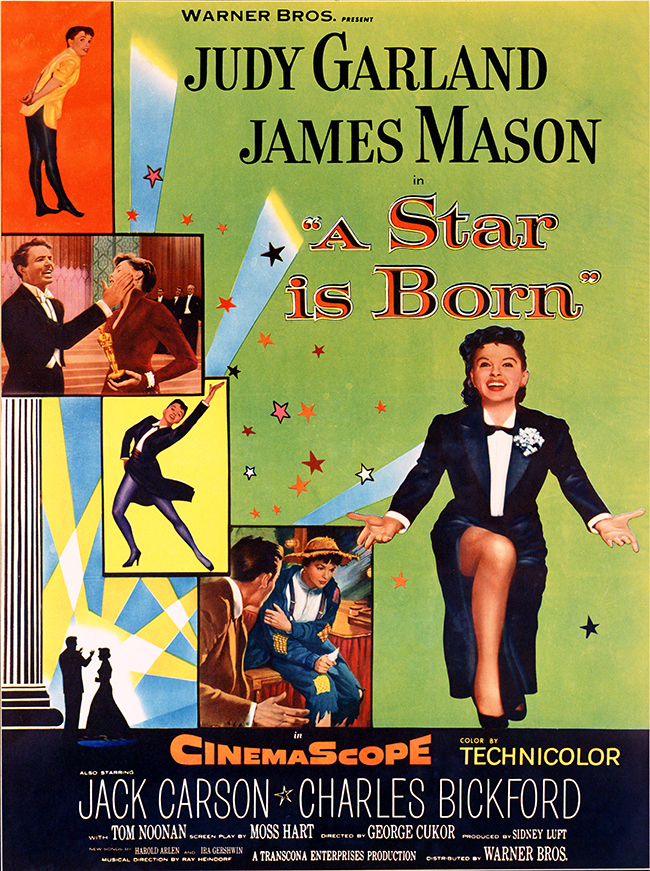 A Star Is Born would prove a triumphant return to the screen for Judy Garland, whose last film had been MGM’s Summer Stock in 1950. Although Cary Grant was offered the role, Judy’s Norman Maine would end up being British actor James Mason, fresh off strong buzz from Julius Caesar. Their Oscar-nominated performances in A Star Is Born are easily among the finest, if not the finest, of their distinguished careers. 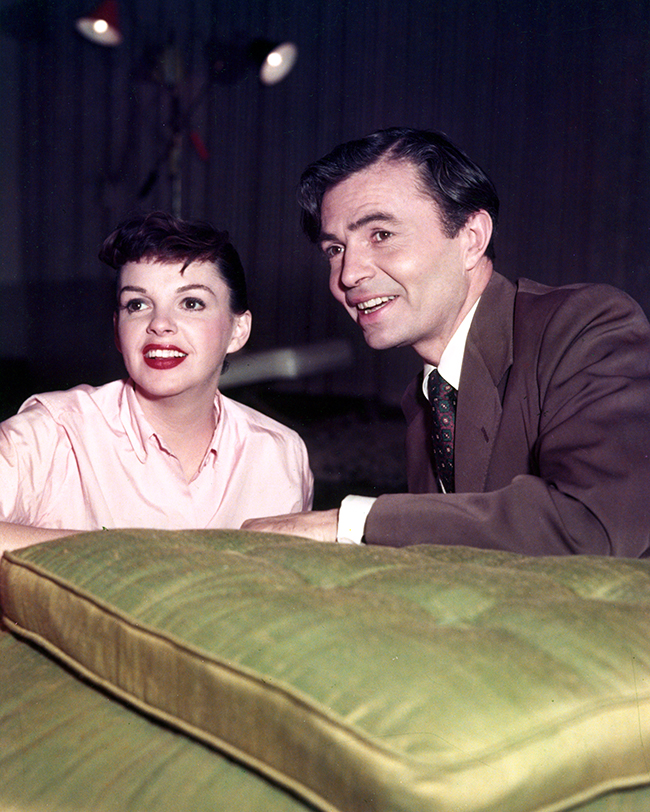 Shortly after filming began, the decision was made to make the movie in the new wide-screen Cinemascope process due to the overwhelming popularity of The Robe (the first release to use the process). Because of this change, several scenes had to be reshot, including one of Garland’s signature numbers, “The Man That Got Away,” written by Harold Arlen and Ira Gershwin. This number, seen in the film as a single take lasting over 3-1/2 minutes, is not only one of the high points of A Star Is Born, but of Garland’s entire film career. The scene proved so difficult to light that a new cinematographer, Sam Leavitt, had to be hired to complete the scene to director George Cukor's exacting standards. Thankfully, Cukor, Leavitt, and the crew were able to magnificently light and wisely use every bit of the extra-wide Cinemascope frame, as can be seen in this image featuring Garland and Tommy Noonan as her pianist friend, Danny McGuire.

Another Cinemascope frame grab, this one from the scene when Norman Maine transforms the unknown Esther Blodgett into the star Vicki Lester. 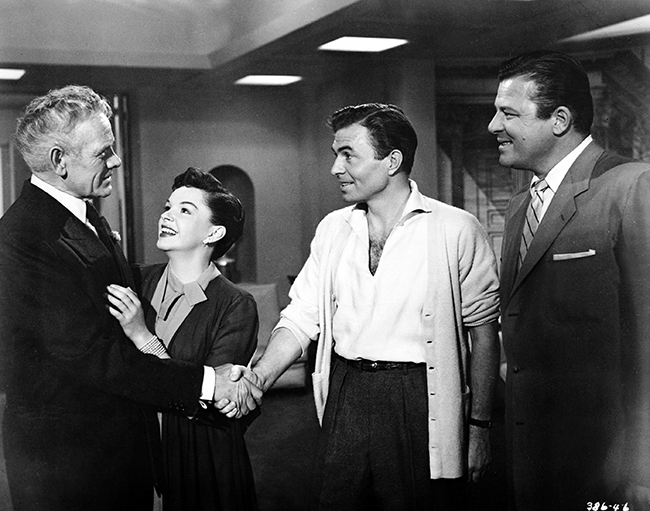 Doris Day, then filming another Cinemascope musical, Lucky Me, at Warner Bros., visits Judy Garland on the set. 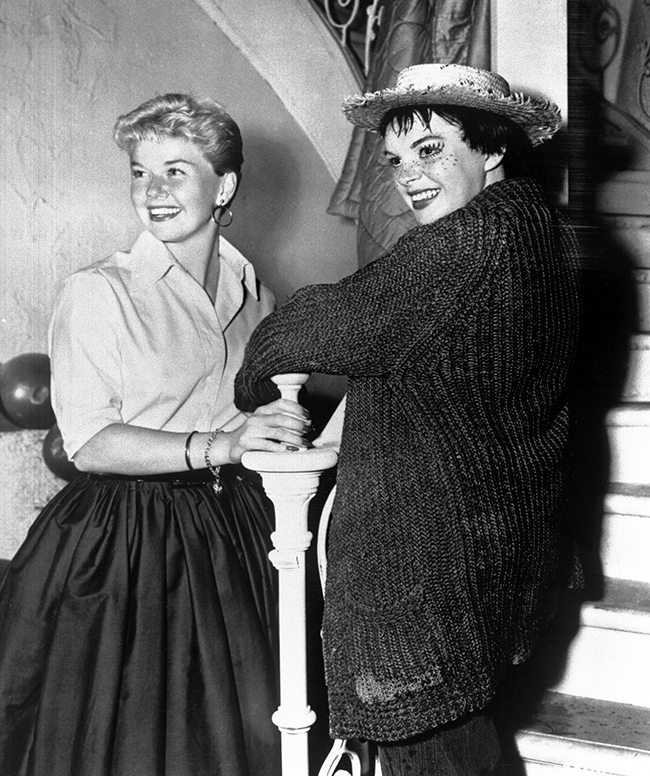 James Mason, Judy Garland, and director George Cukor between takes.  Cukor would return to Warner Bros. ten years later to direct My Fair Lady, which was the biggest hit of his career, and the biggest hit in the studio's history up to that point, . 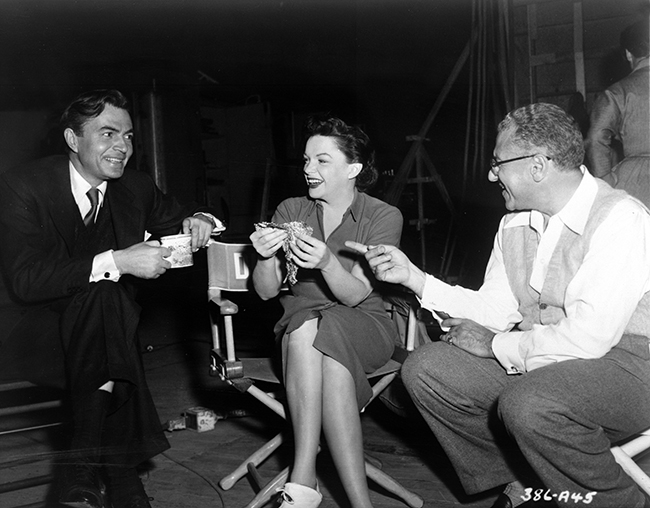 A trade ad announcing the World Premiere of A Star Is Born at Hollywood’s Pantages Theatre on September 29, 1954. 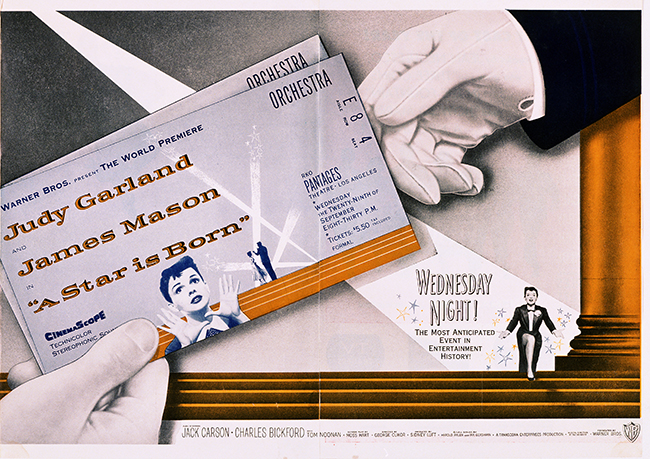 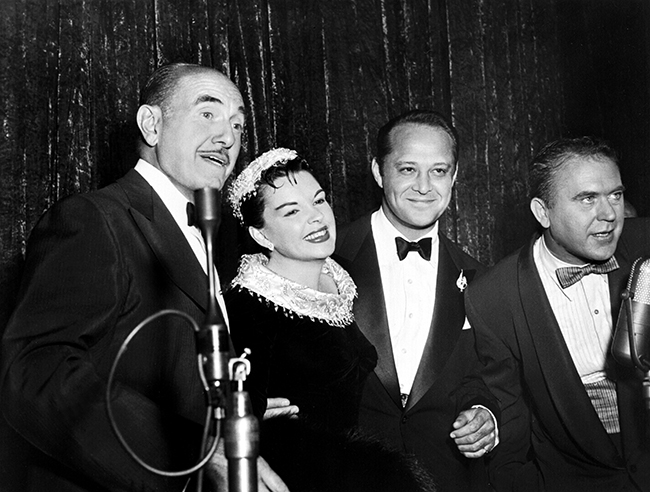 A Star Is Born was released to critical acclaim and box office success in its first two weeks, but exhibitors were complaining about the picture’s mammoth 182-minute running time, which limited the number of showings per day. At studio President Harry Warner’s insistence, and despite the protests of younger brother Jack, all prints of the film (as well as the original negative) were cut down to 154 minutes without the blessing or involvement of George Cukor. However, thanks to a restoration effort led by the LA County Museum of Art’s Ronald Haver, with the backing of the Motion Picture Academy and Warner Bros. in the early 1980s, the entire soundtrack and some of the missing footage from the original release was recovered. Using still photographs in place of the footage that could not be located, this 176-minute restoration is currently available, though there is still hope that a complete print may surface somewhere in the world. Here is the 1983 restoration poster, featuring art by Richard Amsel. 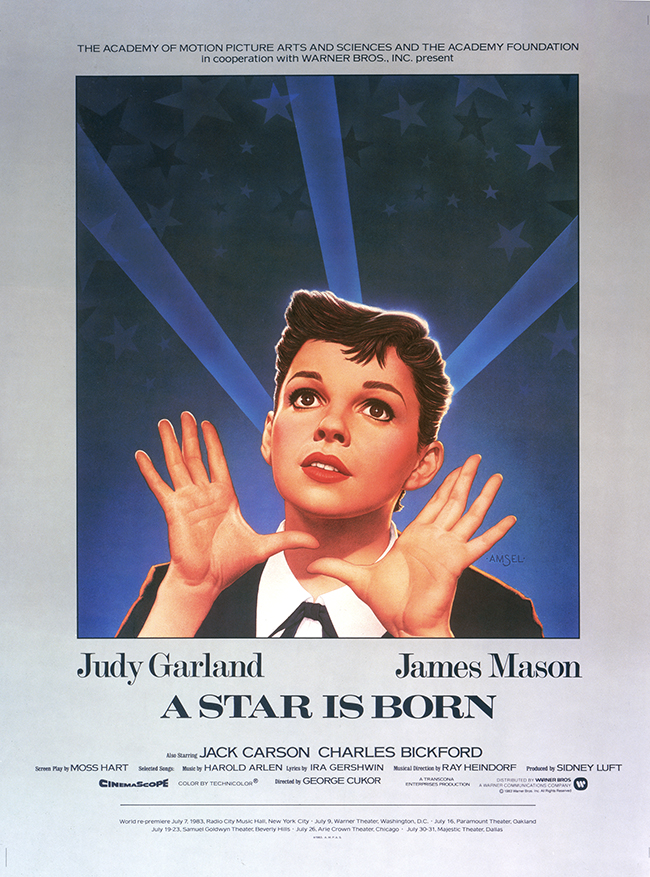 In 1976, Warner Bros. returned to A Star Is Born (1976), this time changing the milieu of the story from the movie industry to the music industry. It was second only to Rocky as the highest-grossing feature film of 1976, and garnered four Academy Award nominations and one win (see below). 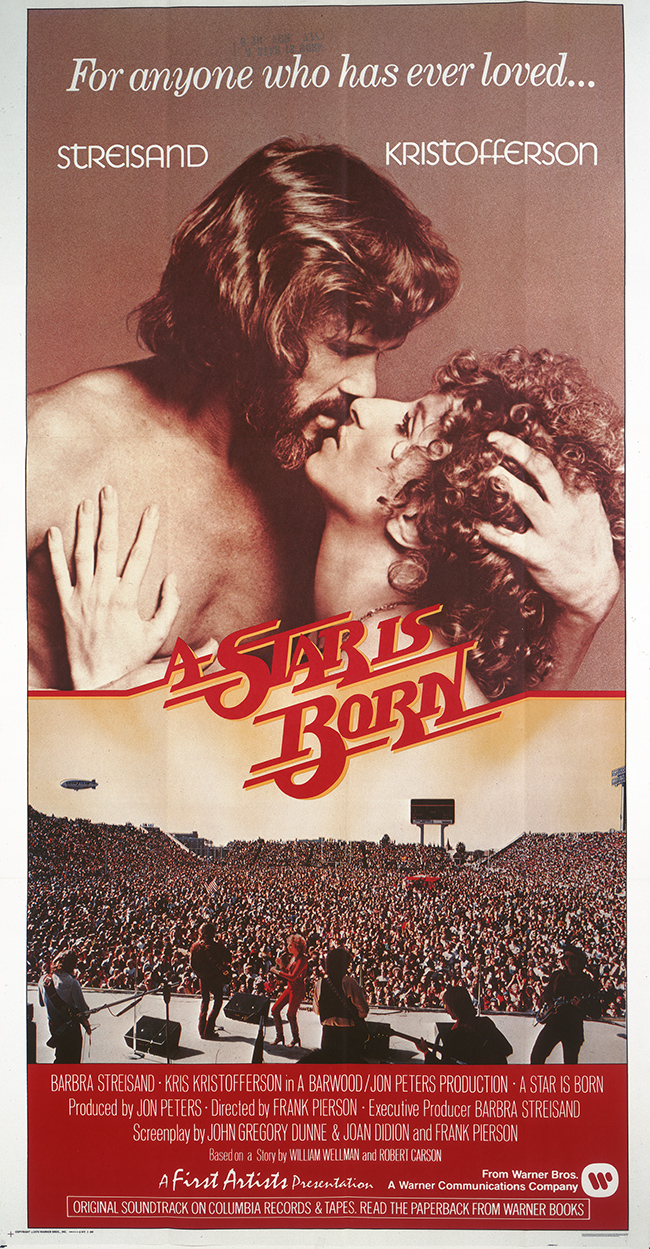 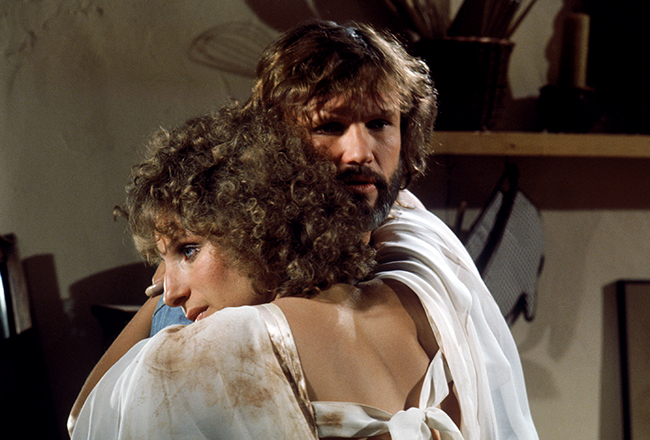 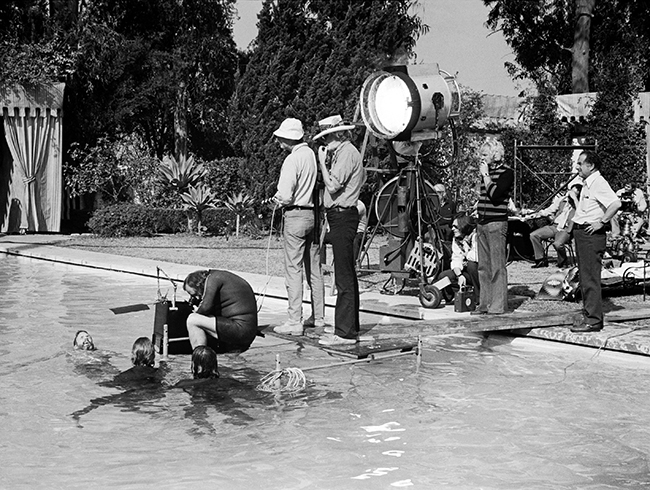 Kristofferson and Streisand during a recording session for the film’s soundtrack album. 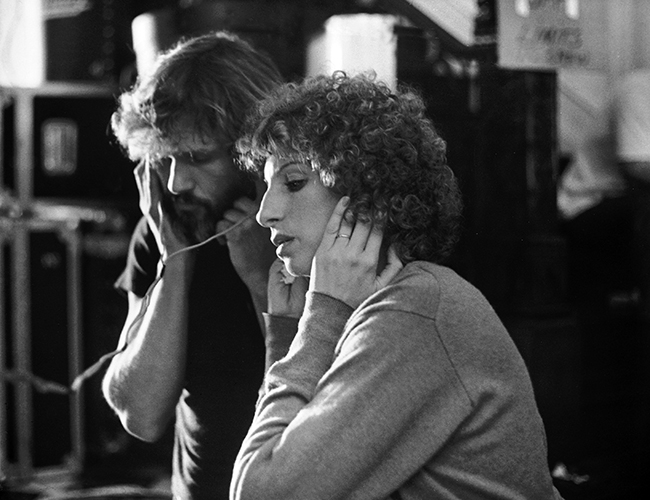 Barbra Streisand looks through the camera viewfinder on location.  At front wearing glasses is legendary cinematographer Robert Surtees, who received his 14th Oscar nomination for his work on A Star Is Born. 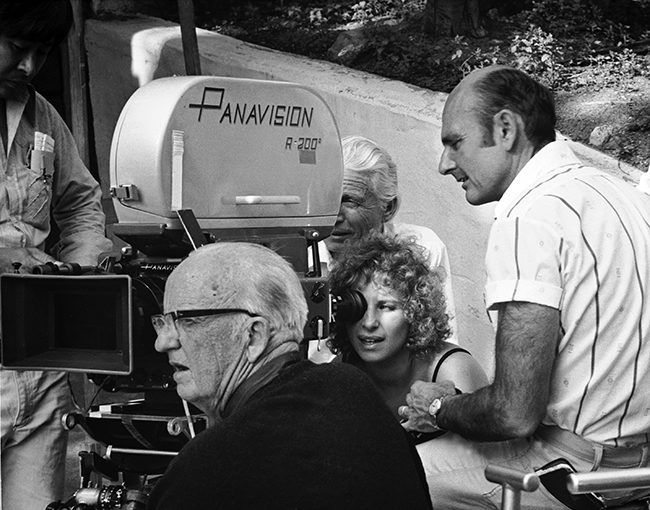 Songwriter Paul Williams talks to Barbra Streisand on set (director Frank Pierson is seated on the right).  Williams and Streisand co-wrote the song “Evergreen” for the film, which won them an Oscar and a Golden Globe for Best Original Song, and the Grammy for Song of the Year. It also topped the US Billboard Singles chart for three weeks in March 1977. 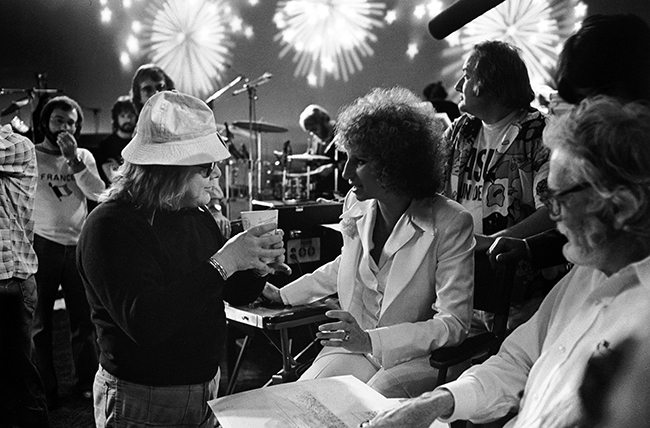 This billboard could be seen across the street from Warner Bros. Studios from late 1976 through early 1977. 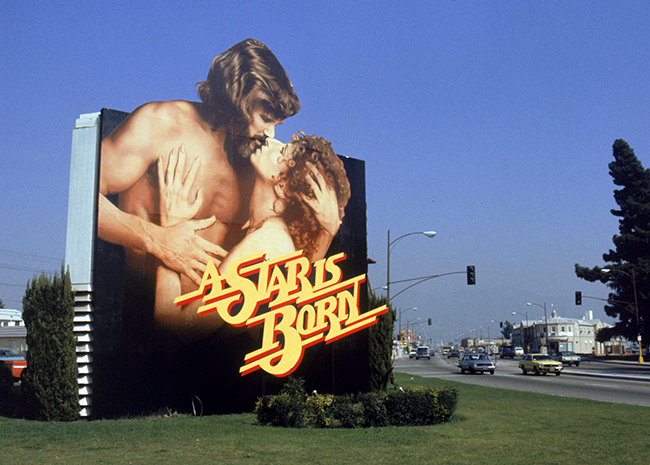 In this new take on the tragic love story, Bradley Cooper plays seasoned musician Jackson Maine, who discovers—and falls in love with—struggling artist Ally (Lady Gaga). She has just about given up on her dream to make it big as a singer…until Jack coaxes her into the spotlight. But even as Ally’s career takes off, the personal side of their relationship is breaking down, as Jack fights an ongoing battle with his own internal demons. 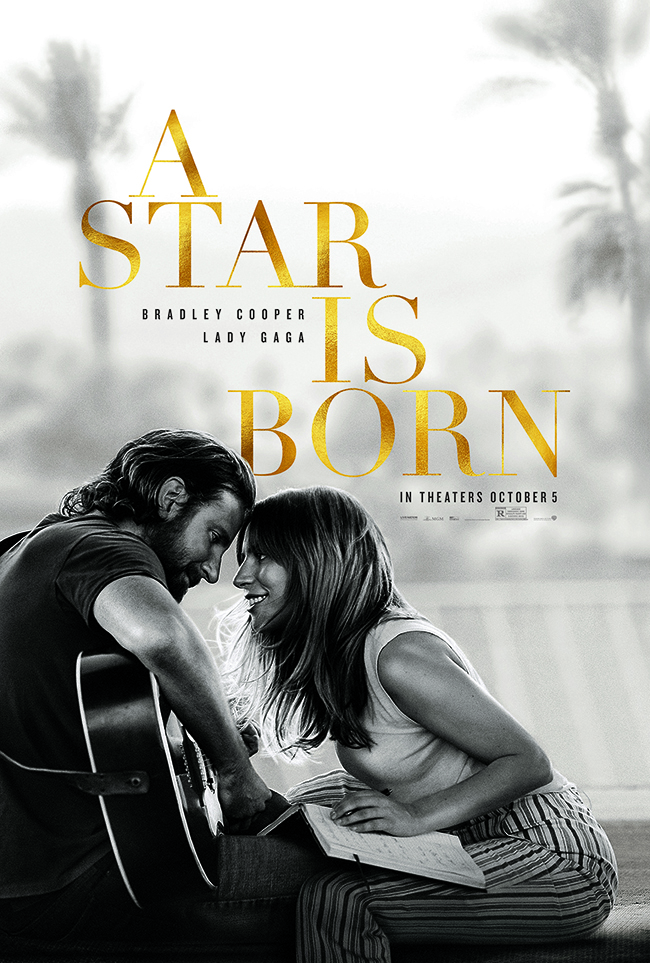 Check out what fans are saying about #AStarIsBorn, now playing in theaters: https://t.co/HnGcU1YToF

Own A Star Is Born starring Cooper and Gaga on digital or Blu-Ray/DVD today.