The Matrix is everywhere. It is all around us. Happy 20th Anniversary to The Matrix!

Keanu Reeves stars in an explosive sci-fi adventure about a man who comes to believe that his everyday world is the product of a computer-driven digital matrix that feeds on humans.

This third installment focuses on action. Neo is trapped in limbo between reality & Matrix, while Zion, last human city, is attacked by hordes of machines. 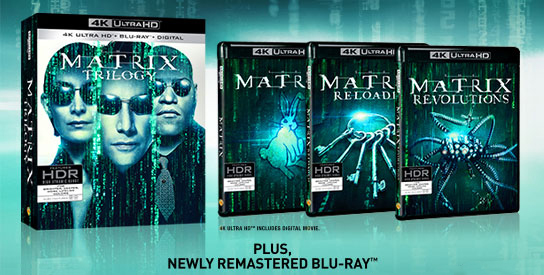 9 Disc-collection includes all three films remastered on 4K and Blu-ray. 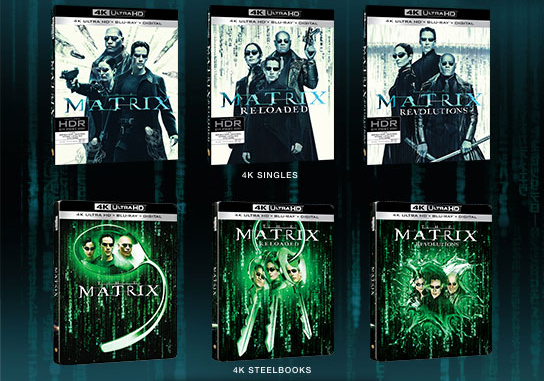