Nicolas Roeg, the British director responsible for some of the most distinctive films of the 1970s and 1980s, died on November 23 at the age of 90. He began his motion picture career in the late 1940s, moving up to camera operator, cinematographer, and finally director of such classics as Walkabout, Don’t Look Now and The Man Who Fell to Earth. Although he only directed two films for Warner Bros., he worked in different capacities on others, as well as some in the MGM library now overseen by WB. Here are some rare behind-the-scenes photos featuring Roeg from the Warner Bros. archives. 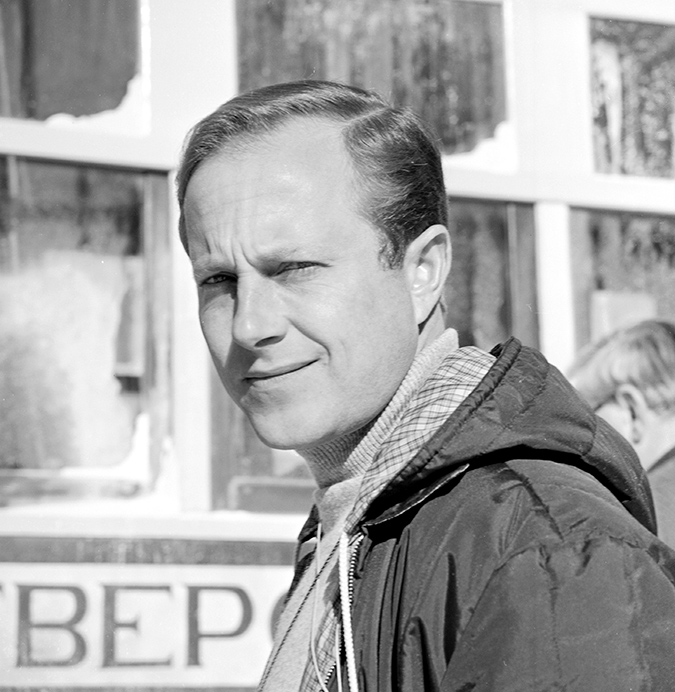 Camera operator Nicolas Roeg is standing behind both the camera and lead actress Deborah Kerr on the set of The Sundowners (1960). Though somewhat forgotten today, this story of an Australian sheepherding family in the 1920s is an excellent film, and received five Academy Award nominations, including Best Picture. Director Fred Zinnemann can also be seen (wearing hat) on the left. 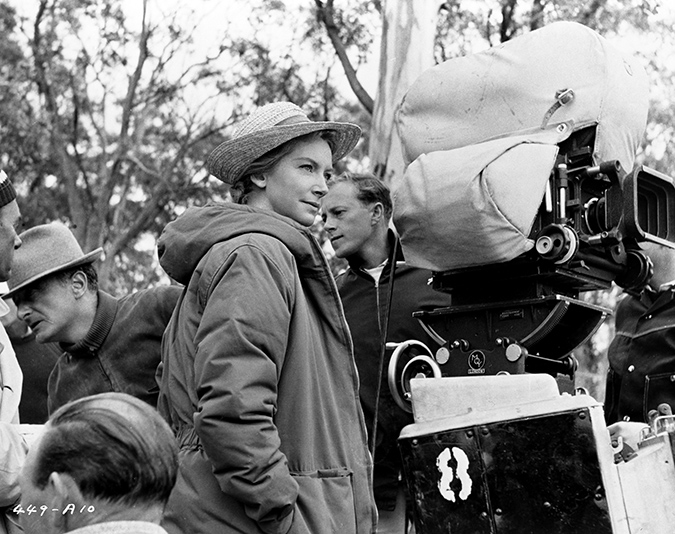 After providing second unit photography for Lawrence of Arabia, Roeg was selected as director of photography for MGM’s epic Doctor Zhivago (1965). However, after only a few weeks of shooting, artistic disagreements with director David Lean (at right) resulted in Roeg leaving the picture. 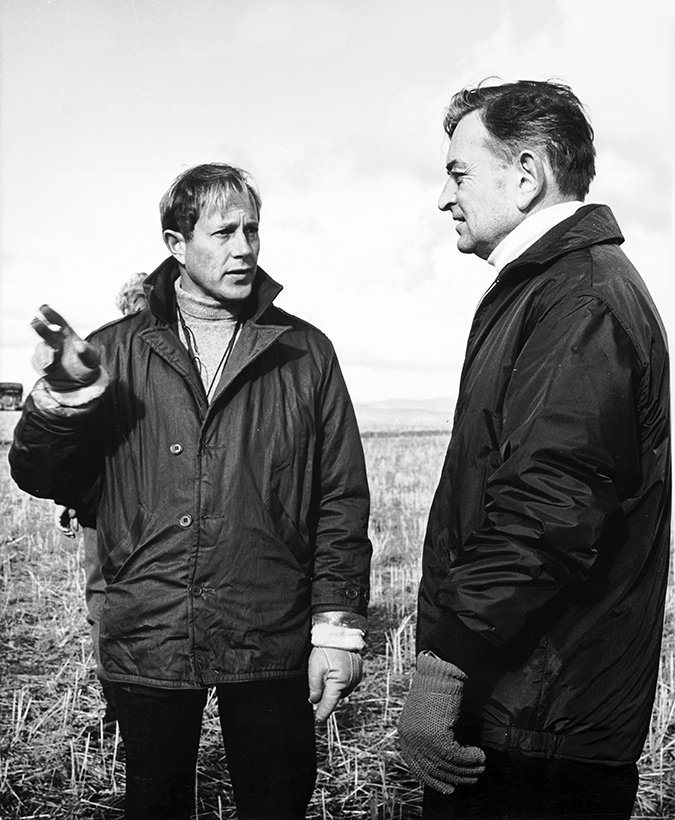 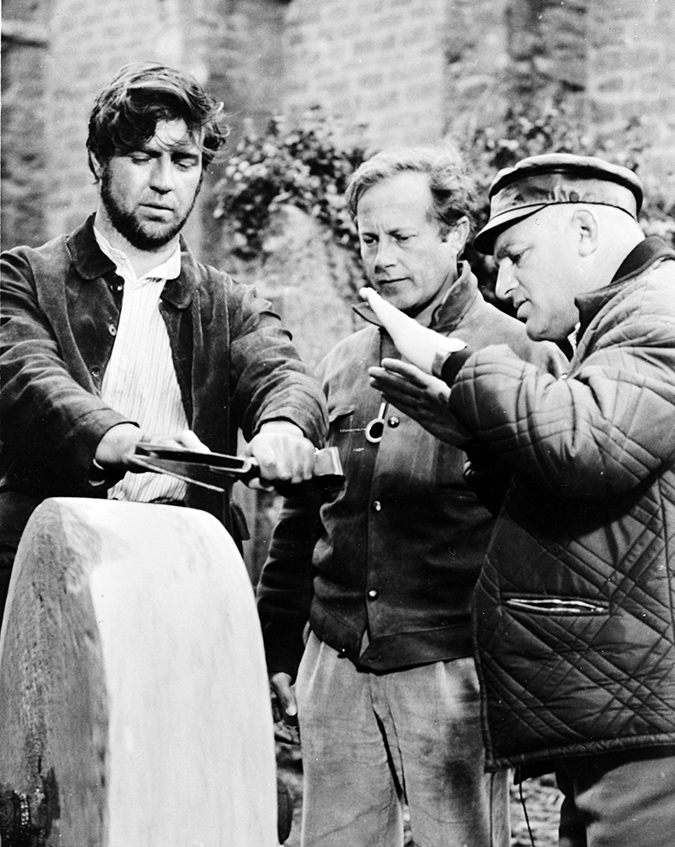 A fantastic image of cinematographer Nicolas Roeg (center) and director Richard Lester filming Bob Weir of the Grateful Dead in the superb Petulia (1968). 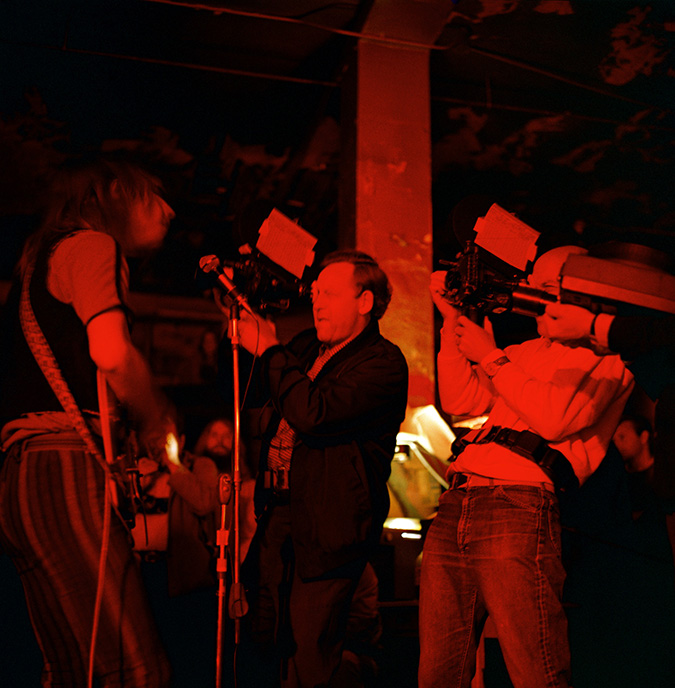 The unconventional, non-linear structure that Richard Lester displayed in Petulia may have been an influence on Roeg’s own films, as his directorial debut (with co-director Donald Cammell) Performance demonstrated. Made in 1968 but held from release until 1970, it’s one of the most striking and challenging movies of its era, covering issues of identity and celebrity in complex, abstract ways not often seen in major studio films. Here is the original (and remarkable) one-sheet poster featuring James Fox and Mick Jagger. 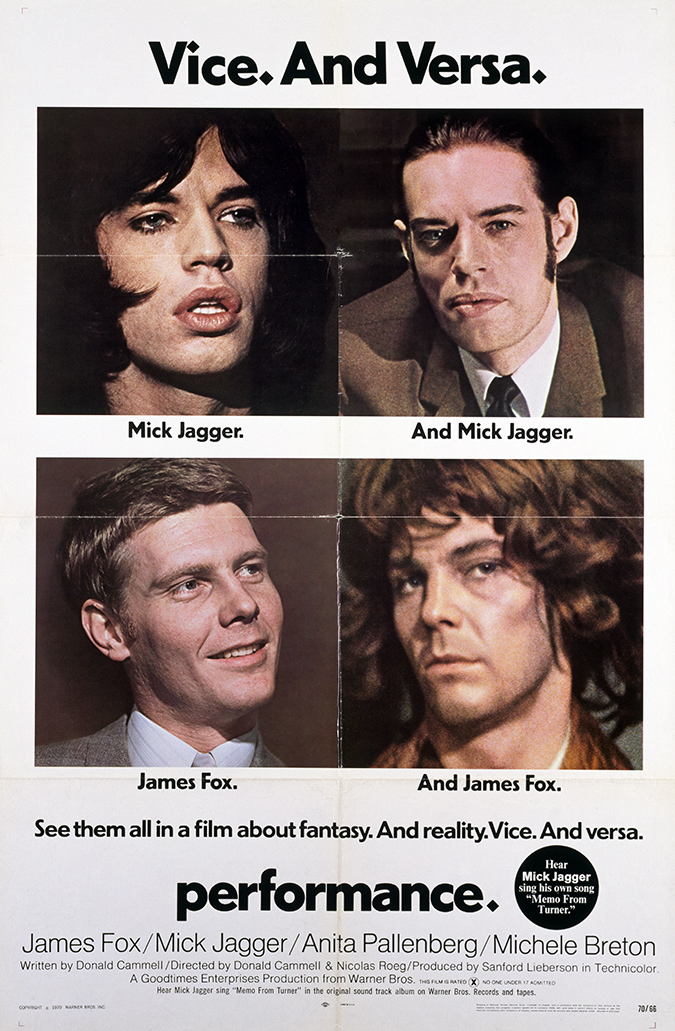 Leading man Mick Jagger with co-directors Donald Cammell (left) and Nicolas Roeg (right) on the set of Performance. In 1999, the British Film Institute selected Performance as the 48th greatest British film of the 20th Century. 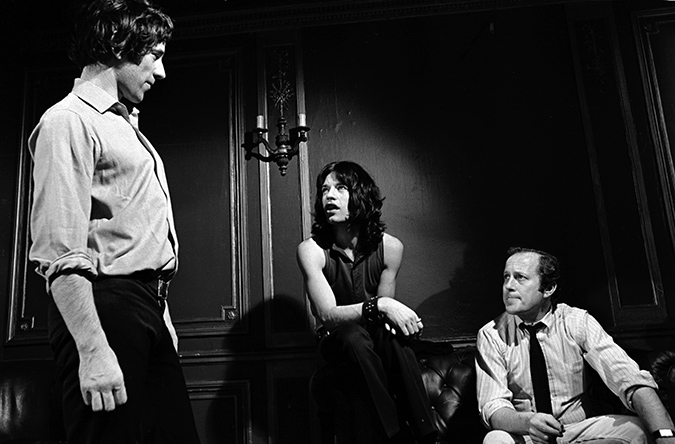 Roeg’s second film for Warner Bros. was 1990’s enchanting The Witches, an adaptation of Roald Dahl’s novel of the same name. Here he adjusts the heavy prosthetic makeup on lead actress Anjelica Huston. 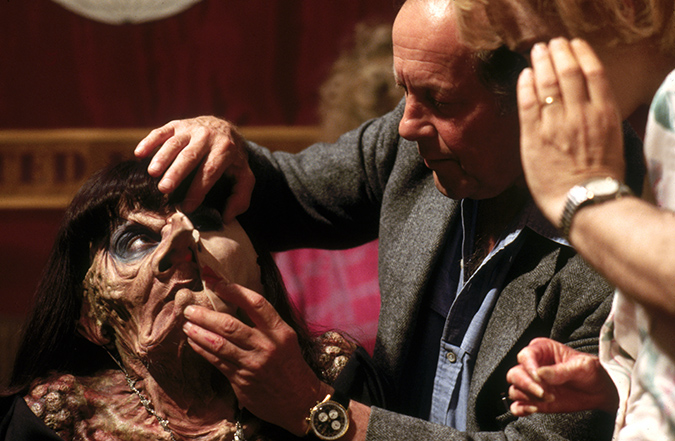 Executive Producer Jim Henson, producer Mark Shivas, and director Nicolas Roeg. The Witches was Henson’s final project before his unexpected death in May 1990, which occurred the week before the movie’s UK premiere. 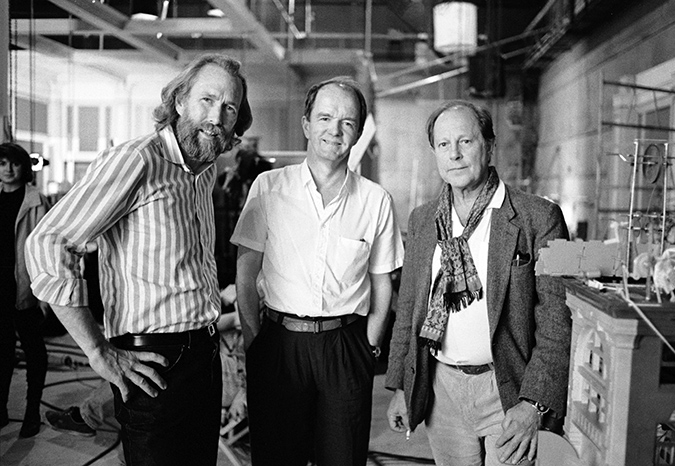 Anjelica Huston and Nicolas Roeg on the set of The Witches. 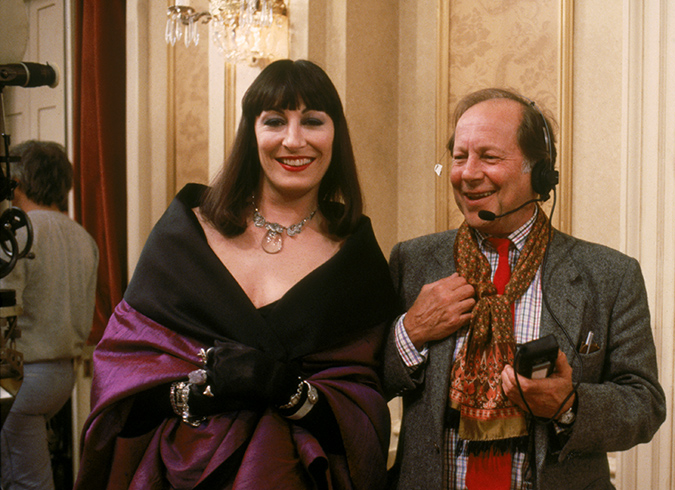