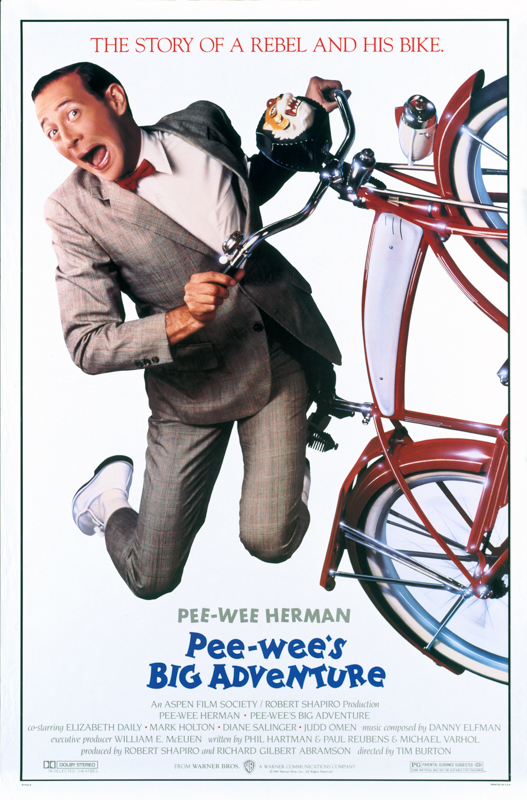 When Pee-wee Herman's (Paul Reubens) idyllic world is destroyed by the theft of his fire-engine red bicycle, the pre-pubescent adult sets out on a manic cross-country odyssey to recover his most valued possession. Director Tim Burton makes his feature-film debut with this comic masterpiece.


A surprise hit in the second half of Summer 1985, it delighted audiences young and old with its childlike innocence and quirky humor, and continues to do so three and a half decades later. Not only did it introduce Paul Reubens' creation, Pee-Wee Herman, to the masses; it also marked the feature directorial debut of Tim Burton, who would go on become one of the most celebrated filmmakers of his generation. Here's a look back at some one-of-a-kind images from the Warner Bros. archives:

Pee-Wee Herman makes breakfast in the house we all wish we grew up in! --
Own "Pee-Wee's Big Adventure" today.