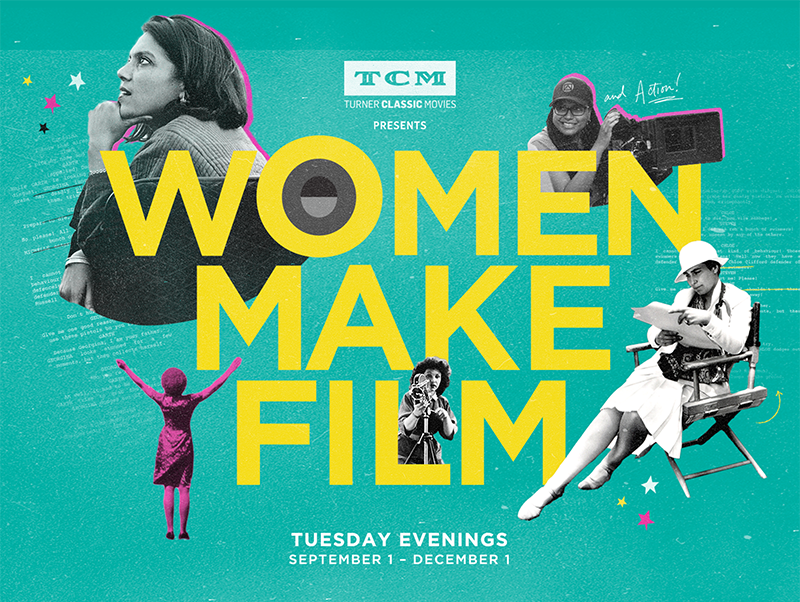 "Women Make Film" is narrated by Tilda Swinton, Jane Fonda, Adjoa Andoh, Sharmila Tagore, Kerry Fox, Thandie Newton and Debra Winger. The documentary delves into how films are made, shot and edited; how stories are shaped and how movies depict life, love, politics, humor and death, all through the compelling lens of some of the world's greatest directors – all of them women.

The groundbreaking documentary, written and directed by Mark Cousins, will be supplemented on air with 100 classic and contemporary titles from 100 female filmmakers from 44 countries in 6 continents over 14 weeks, including films by:
Visit the Women Make Film site for the full schedule and filmmaker bios.

TCM is partnering with re:Imagine/ATL to host a contest for burgeoning female filmmakers. Entrants from the nonprofit's No Comment program will have the chance to have their narrative or documentary featured on the TCM YouTube page, along with a filmmaking equipment package and cash prize.

--
About Turner Classic Movies (TCM)
Turner Classic Movies (TCM) is a two-time Peabody Award-winning network that presents great films, uncut and commercial-free, from the largest film libraries in the world highlighting the entire spectrum of film history. TCM features the insights from Primetime host Ben Mankiewicz along with hosts Alicia Malone, Dave Karger, Jacqueline Stewart and Eddie Muller, plus interviews with a wide range of special guests and serves as the ultimate movie lover destination. Currently in its 26th year as a leading authority in classic film, TCM offers critically acclaimed series like The Essentials, along with annual programming events like 31 Days of Oscar® in February and Summer Under the Stars in August. TCM also directly connects with movie fans through events as the annual TCM Classic Film Festival in Hollywood, the TCM Big Screen Classics series in partnership with Fathom Events, as well as through the TCM Classic Film Tour in New York City and Los Angeles. In addition, TCM produces a wide range of media about classic film, including books and DVDs, and hosts a wealth of material online at tcm.com and through the Watch TCM mobile app.