Skip to content
The ultimate DC fan destination has arrived! DC is launching DC Universe Infinite, a premium digital comic book service and community on January 21. With the largest collection of DC Comics found anywhere, fans can now dive into over 25,000 comic books and graphic novels on DC Universe Infinite.

"This is just the beginning of DC Universe Infinite's transformation," explained Pam Lifford, President of Global Brands and Experiences at Warner Bros. "Our fans will have access to a rich collection of their favorite comic books and publishing while connecting with a community that loves the same DC characters and brands." 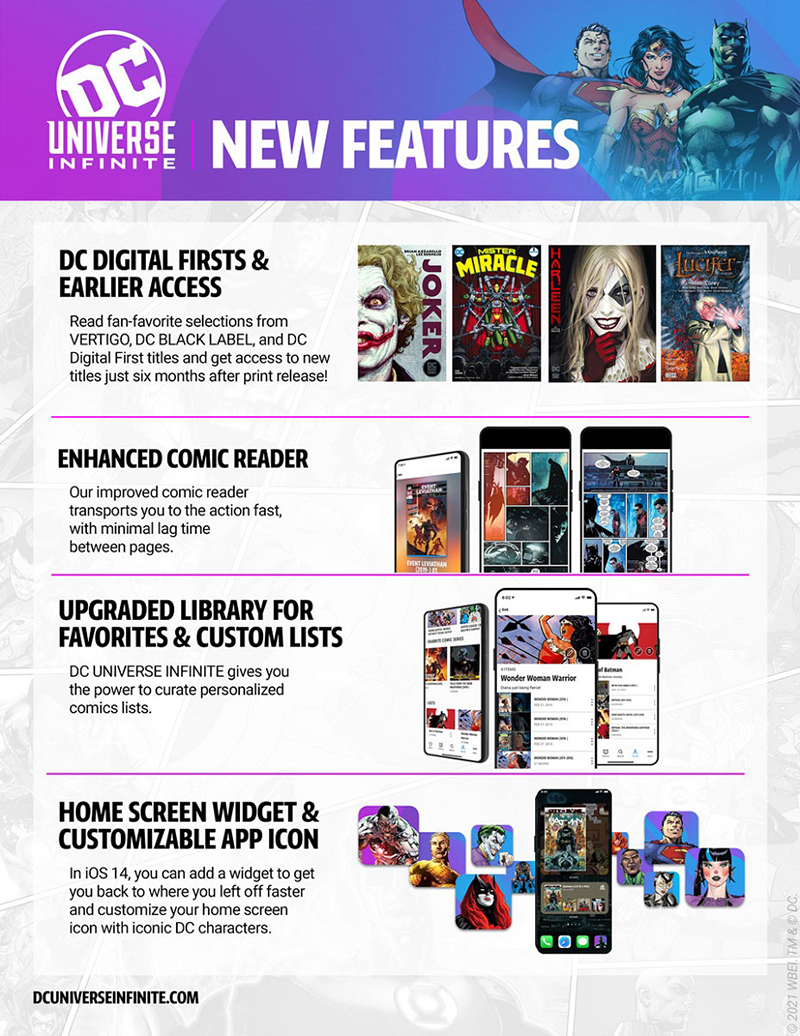 Starting Thursday subscribers will also have earlier access to new digital first comics including those from DC's digital archive with five new backlist titles released a week. With DC's revival and commitment of digitizing Milestone Media, a comics line created by a coalition of black talent including Dwayne McDuffie and Denys Cowan to increase representation in comics, fans will soon find beloved series like "Static," "Icon" and "Hardware" on the platform.

DC Universe Infinite is available online at DCUniverseInfinite.com, iOS and Android devices for $7.99 a month or $74.99 a year ($6.25 a month). Current DC Universe subscribers will not need to create a new account, as their DC Universe login will transfer to DC Universe Infinite. Fans can download comics, graphic novels and originals for unlimited offline reading on their favorite devices from a smartphone or tablet.

Read the full press release to find out the new offerings on DC Universe Infinite.