Skip to content
DC, Warner Bros. Global Brands and Experiences and WarnerMedia are bringing the "Wonder" to International Women's Day by launching a global celebration that honors the 80-year legacy of DC's Champion of Truth and Warrior for Peace - Wonder Woman.


Embracing the call to see the world through Wonder Woman's eyes and to "Believe in Wonder," the 80th Anniversary celebration illuminates the Super Hero's timeless and relevant message of hope and empowerment with original content, commemorative comics, books, and global fashion collections and experiences. This multi-month campaign will culminate with a worldwide celebration of Wonder Woman Day on October 21.

DC COMICS
DC celebrates Wonder Woman's 80th Anniversary with an assortment of comic books and original graphic novels for any fan of the amazing Amazon: 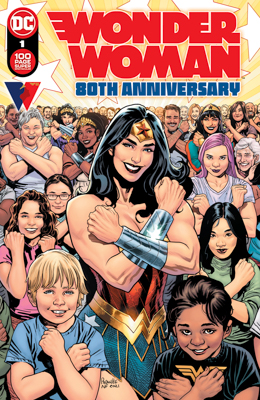 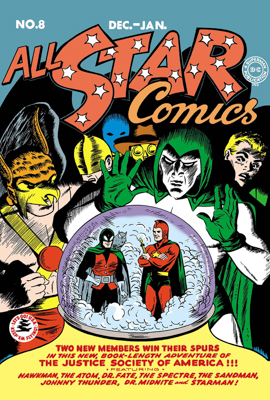 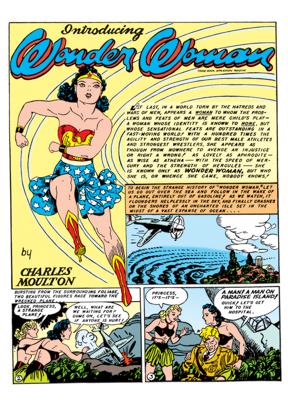 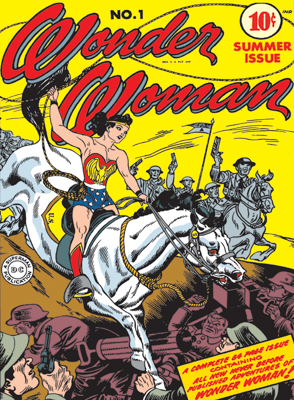 DC UNIVERSE INFINITE
New Wonder Woman selections will be made available to read for free each month along with curated collections celebrating essential stories through the decades. And keep an eye on the DC Community Book Club for some upcoming Wonder Woman offerings and epic conversations with fellow fans! 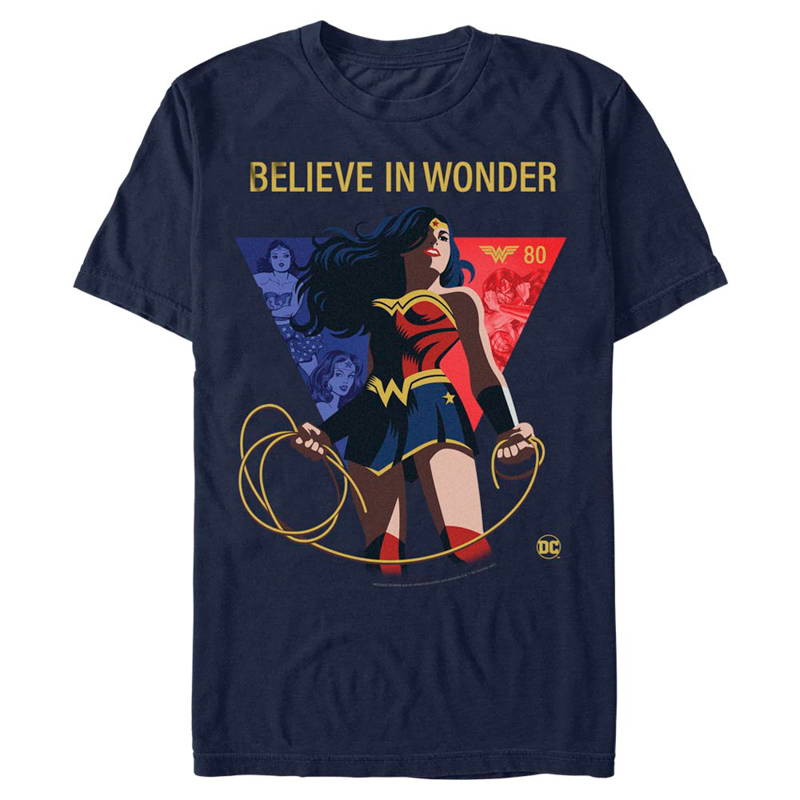 CUSTOM ART
DC is debuting custom art that pays tribute to Wonder Woman's legacy while looking ahead toward her future. The pop-art design was created by Innocean USA, which also designed the 80th anniversary logo, and drew its inspiration from the iconic cover of "Wonder Woman #4" (2016) by artist Nicola Scott.

"Wonder Woman: Heartless" is available for pre-order now and will be released on March 25.

Warner Bros. Home Entertainment will offer the feature film "Wonder Woman 1984" on Digital HD on March 16 in the U.S., and then on 4K Ultra HD, Blu-ray, and DVD on March 30. In addition, the animated feature "Justice Society: World War II" will be available on Digital on April 27 and on 4K and Blu-ray on May 11. Throughout March, "Wonder Woman 1984" will also release digitally across international territories.

The iconic, fan favorite "Wonder Woman" television titles are reborn with the new "retro-remix" video, tapping into the nostalgia of Wonder Woman and featuring Gadot doing the signature spin that Carter made famous in the original series. On Sunday, March 7 talent kicked off the celebration via their social channels: Lynda Carter - Instagram, Gal Gadot - Facebook, Instagram, Twitter.


DC and WarnerMedia announce a power-packed video inspired by Wonder Woman showcasing the impact of women around the world and the powerful women connected in the Company's content and products. This year, WarnerMedia will produce videos that shine a spotlight on 80 "Women of Wonder'" including real women, network journalists and talent, cultural figures, experts, influencers and celebrities who - like Wonder Woman herself - are advancing representation in their fields, acting as real-life superheroes and giving us reasons to "Believe in Wonder."

WARNER BROS. GAMES
Warner Bros. Games will recognize Wonder Woman’s anniversary all year long via special promotions and activations in its popular ongoing game titles like "DC Universe Online," "Injustice 2," and DC Legends. Additionally, Nintendo will join the celebration on June 4, 2021 when it releases "DC Super Hero Girls: Teen Power," a brand-new title for the Nintendo Switch system starring Wonder Woman in a lead role alongside Batgirl and Supergirl as they try to protect Metropolis from a fearsome group of foes.

DC WONDER WOMAN VIRTUAL RUN(5K or 10K)
Rugged Races in partnership with Warner Bros. Consumer Products will return for a second year after record-breaking participation in 2020. Families and individuals will find that the virtual run is a great way to get moving and bring some of Wonder Woman's unconquerable warrior spirit into their lives. Runs open for registration in July. More information is available at dcwonderwomanrun.com.

Warner Bros. UK will have "Wonder Woman 1984" available to own digitally on March 8 and available for purchase on 4K, Blu-ray, DVD March 22.

Fans can join in on social media using hashtags #WonderWoman80 and #BelieveInWonder. Visit wonderwoman80.com for the latest news and updates.

--
The History of Wonder Woman
Wonder Woman first appeared in "All Star Comics #8" on October 21, 1941 in a back-up story meant to test her appeal at a time when female Super Heroes were rare. An instant favorite, Wonder Woman was soon headlining her own standalone title less than a year later. Subsequent generations came to know the Amazonian princess with silver bracelets on her wrists and a magic lasso by her waist via her hit 1970’s television series as well as roles in animated shows and movies. The groundbreaking 2017 film Wonder Woman by director Patty Jenkins and starring Gal Gadot was the largest grossing live action film ever for a female director at the time of release. The sequel, "Wonder Woman 1984" premiered on HBO Max and in theaters globally on December 25, 2020. Warner Bros. Pictures confirmed the third Wonder Woman movie starring Gadot will also be written by Jenkins.

Wonder Woman Background
Created by William Moulton Marston, a psychologist who was a pioneer in the area of lie-detection, Wonder Woman was conceived as a new type of Super Hero who used wisdom and compassion, not just her fists, to triumph over evil. Born and raised on Themyscira, Diana is the immortal daughter of the Amazonian Queen Hippolyta. After training to be the ultimate warrior, she chooses to leave her paradise island home and join the world of mortals, where she becomes a champion for justice and equality as Wonder Woman. She was imbued by the gods with powers including super-strength and gifted with a lasso that compels anyone bound by it to tell the truth. Wonder Woman is the only female comic book character to have her own stories continuously published for the past three-plus quarters of a century.